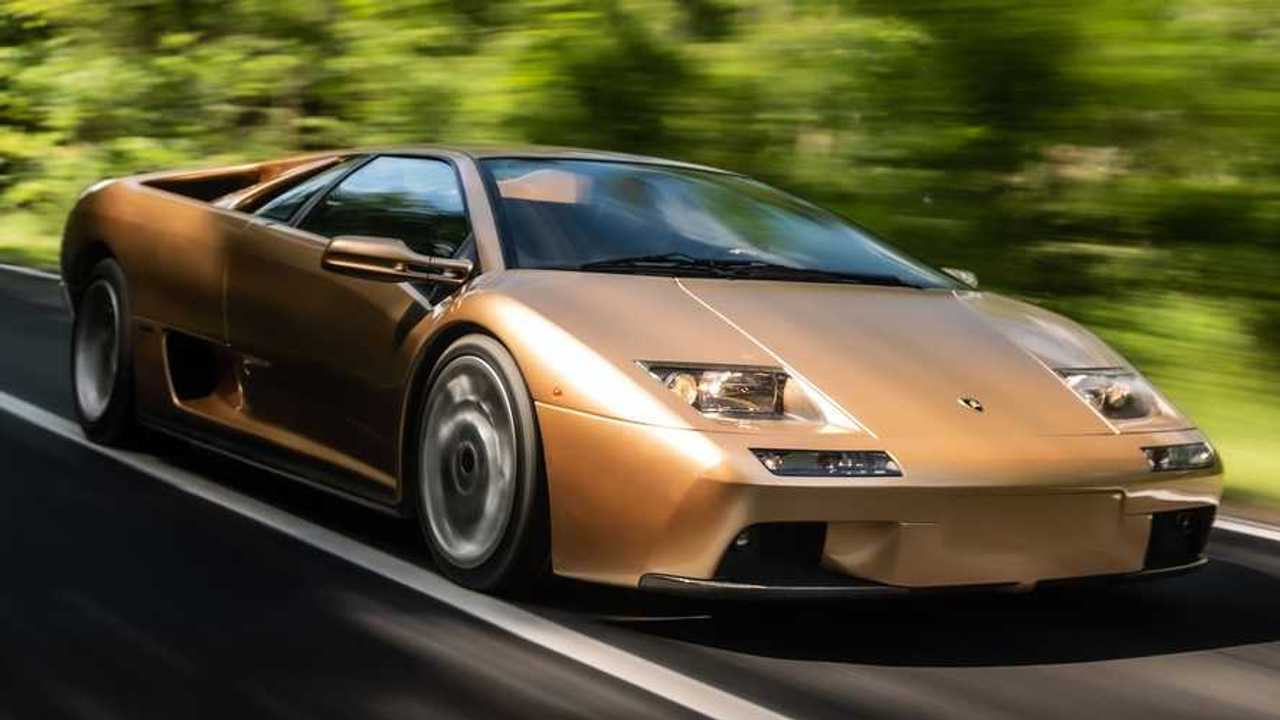 The supercar featured a lot of firsts for the automaker.

Time is weird, and It can drive one mad if thought about for too long, so it’s a bit shocking to realize that the Lamborghini Diablo turns 30 this year. January 1990 feels like it was so long ago, and yet it marked the beginning of the Diablo lineup, which helped usher the Italian supercar company into the 21st century. The Diablo brought several firsts to the company’s cars while cementing the wedge-like design ethos that’s still used today.

The Diablo didn’t arrive until 1990; however, development began five years earlier with Lamborghini giving the car the Project 132 codenamed. It went on sale with a 5.7-liter V12 developing 485 horsepower (361 kilowatts) and 427 pound-feet (580 Newton-meters) of torque. It was also the fastest production car in the world at launch with a top speed of 203.1 miles per hour (325 kilometers per hour). The car lacked power steering and electric driving aids, though it did come equipped with power windows, a leather interior, and air conditioning.

Those two features didn’t arrive until 1993 alongside the Diablo VT, the company’s first all-wheel-drive car was the LM002. It wasn’t until 1995 when Lamborghini introduced the two-wheel-drive Diablo SV and with 510 hp (380 kW). That same year Lamborghini introduced its first mass-produced open-roofed model – the Diablo VT Roadster, which received a slight restyling.

The Devil Is In The Details:

Have A Devil Of A Time In This 1992 Lamborghini Diablo

The Diablo era ended in 2000, a year after Lamborghini’s purchase by Audi Group. In 1999, the supercar maker introduced a restyled version so of the Diablo SV, VT, and VT Roadster. The final hurrah had the car making 529 hp (394 kW) and 446 lb-ft (605 Nm) of torque. This was also the first year Lamborghini included an anti-lock braking system on its cars. Lamborghini replaced the Diablo in 2001 with the Murciélago, which continued on the Diablo’s sleek styling with a 21st-century twist.