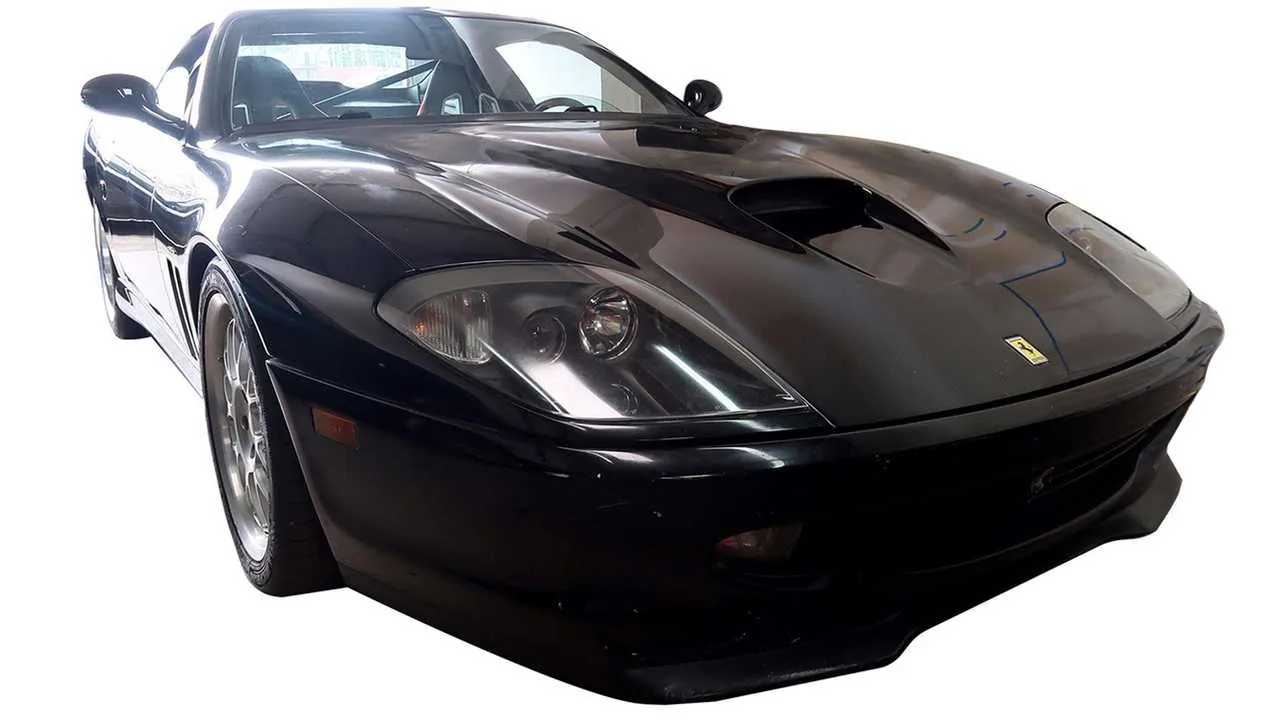 Rock and roll lost a bonafide guitar diety this year. Van Halen was formed in 1974, named after brothers Eddie and Alex Van Halen though Ed with his virtuosic guitar technique was the hallmark of Van Halen's sound. Eddie lost his long battle with cancer and passed away on October 6, leaving behind a musical legacy as arguably the greatest rock guitarist of all time.

Eddie's interests and talents weren't relegated to music, however. He also loved cars, and not just as showpieces of superstardom. He enjoyed track time, and this black 2000 Ferrari 550 listed at GottaHaveRockandRoll.com was reportedly customized for track use. The auction site is dedicated to the sale of rock & roll and pop culture memorabilia, and it states the Ferrari has just 28,000 miles. The listing also mentions custom seats installed so Eddie and his brother Alex could go racing – a photo shows the seats with a five-point harness and rollbar, which certainly aren't factory items for the classic GT car.

In addition to its superstar connection, the listing states the 550 features a six-speed manual transmission. That should be welcome news to row-your-own enthusiasts, and a trail of documents showing the original registration and renewal in Eddie's name are also part of the auction. The photos don't show all angles of the car, but it's listed as being in excellent working order. There's no mention of exterior or aesthetic condition.

You Could Own Prince’s Purple Rain Tour Bus

The online auction for this Ferrari begins on November 25 with a starting bid of $200,000. The website estimates the 550's value between $250,000 and $300,000; a quick search of similar 550 Maranellos for sale shows a range of prices from approximately $100,000 to $230,000, but none of those cars have the Eddie Van Halen connection. All bets are off when it comes to cars owned by celebrities, and with this one having been driven by a guitar legend, the sky is the limit.