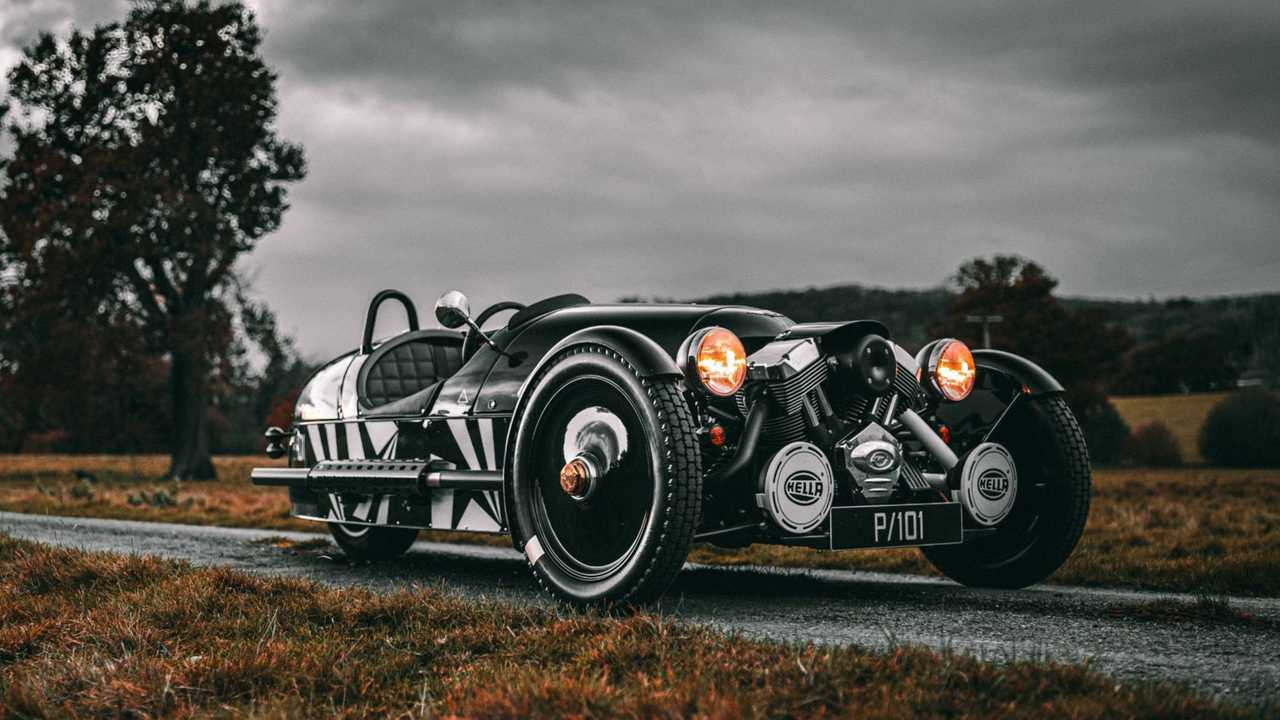 But Morgan says the iconic model will return after a "break in production."

Small British sports car manufacturer Morgan is celebrating the imminent end of 3 Wheeler production with the new P101 special edition. Just 33 examples will be built to commemorate the final production runs of the three-wheeled roadster, which will leave the Morgan line-up next year.

Morgan first reintroduced the 3 Wheeler in 2011, but after a decade of manufacturing at the company’s Malvern factory in Worcestershire, the much-loved model will cease to be produced. Morgan says the decision has been taken because the S&S V-twin engine’s type approval will end next year, preventing the company from selling the vehicle.

The new P101 is named after "Project 101," the original development program to resurrect the 3 Wheeler, which began more than a decade ago. Conceived by Morgan’s in-house design and engineering departments, the car features a range of unique parts and details, many of which are “inspired” by the design features of Morgan’s three-wheeled models.

The 33 cars will all get a single-leaf tonneau cover intended for single-occupant use. Covering off the passenger seat, the composite resin cover is designed to have a translucent golden hue and to exaggerate the “asymmetrical theme” of the vehicle. That cover is joined by Aero-disc wheels painted to match the bodywork, and Hella nine-inch spot lamps, which are positioned to reduce turbulence around the suspension components.

In a bid to further increase the P101’s asymmetry, Morgan has fitted alternated black and white ceramic-coated exhausts, while there are torque markers on each front tire, straight-cut exhausts, and a fly screen. That is in addition to other details, such as additional louvers, exposed rivet details, and unique P101 markings.

Each 3 Wheeler P101 is offered in Deep Black or Satin White Silver paint, with appropriate decals. However, customers can also choose one of four P101 art packs, which give the car a little more personality.

The Belly Tank graphics reference liveries found on belly tank racers and "lakesters" that initially inspired the 3 Wheeler, offering a distressed effect in the vinyl. Meanwhile the Dazzleship livery seen in these photos is inspired by the dazzle camouflage applied to military ships in WWI.

Morgan Bids Farewell To Its Steel Chassis After 84 Years

Alternatively, customers can choose the Aviator graphics, which are inspired by WWII fighter planes, or the Race Car graphics. This includes stripes and roundels that pay homage to the liveries that adorned early Morgan race cars.

The new 3 Wheeler P101 is available to order now from allocated dealers in the UK, Europe and the USA, with prices starting from £45,000 ($60,000 at current exchange rates) plus local taxes in the UK. Morgan will build the P101s alongside the last conventional 3 Wheeler models.

Morgan has also confirmed a successor to the 3 Wheeler is planned, but details have not yet been announced. The company said there would be a “break in production” but the “Morgan 3 Wheeler will return”.