Meyers Manx Buggy Business Sold And Will Be Reborn 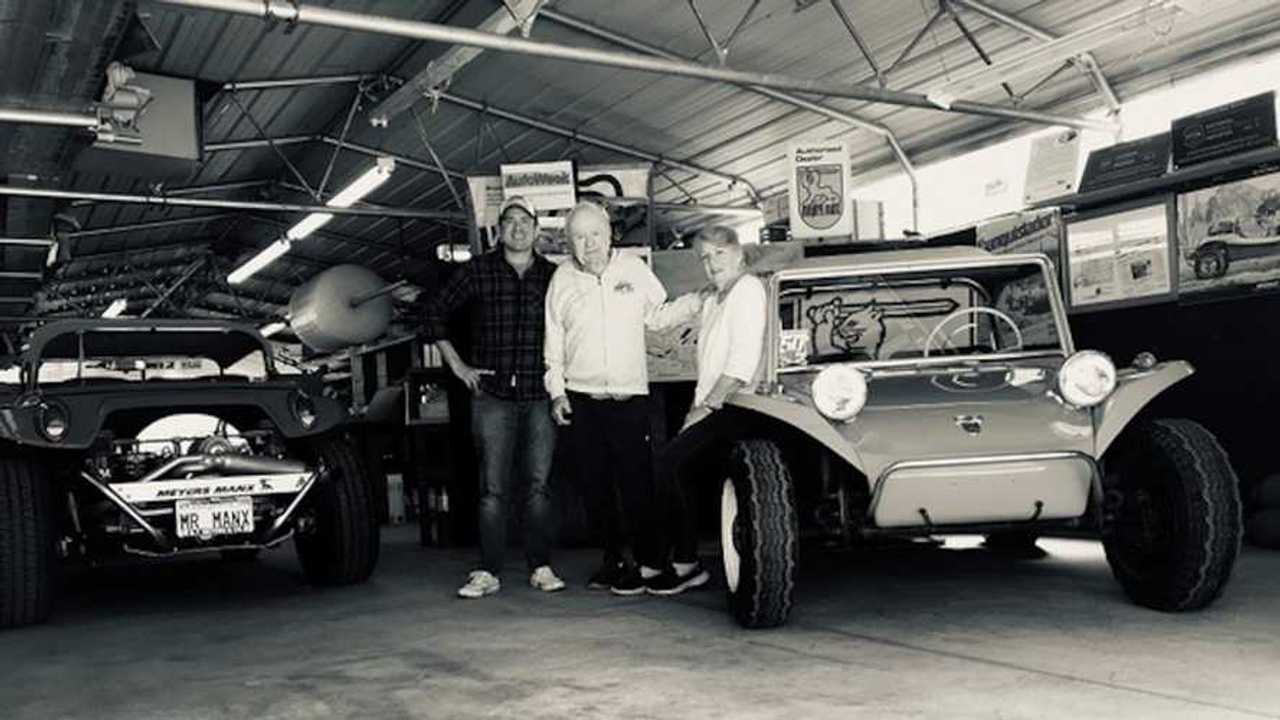 The new company has plans for several new products.

Beach culture in 1960s California wasn’t complete without the Meyers Manx dune buggy in tow. The VW Beetle-based buggy quickly became an icon with its funky design and simple mechanics, though the company went out of business in 1971. The original owners, Bruce and Winnie Meyers, re-founded the company in 2000, but now they’re selling it to Trousdale Ventures, an investment firm, that looks to relaunch the brand.

The original company got its start in 1964, building a one-piece fiberglass body atop a shortened Beetle chassis. It’s lightweight construction, chunky tires, and street-legal status made it a blast to drive. Details about the company’s future are under wraps, though Trousdale Ventures chairman Phillip Sarofim said the new company is assembling “an international dream team of passionate and creative souls” to continue the Manx’s legacy of “fun, freedom, and expression.”

ClassicCars.com reports that Freeman Thomas will be the company’s new chief executive and chief creative officer. Thomas has more than four decades in the auto industry and plenty of experience, once heading Chrysler’s West Coast studio. He’s also credited with the New Beetle concept design. The new Meyers Manx company will include some form of electrification, though they’ll still be built on the rear-engine VW chassis. The company is planning several products.

The updated design will come with increased safety, though the company’s plans to build the new ones like the originals will allow the company to bypass new car federal safety standards, according to ClassicCars.com. This will keep the cost down, though we have no idea what that’ll be for the new examples. While Bruce and Winnie are selling the company, the two will remain onboard as brand ambassadors. The two will also continue to manage the Meyers Manx Registry. “It’s the beginning of an exciting journey,” Sarofim said in the press release announcing the sale.