You Could Own Prince’s Purple Rain Tour Bus 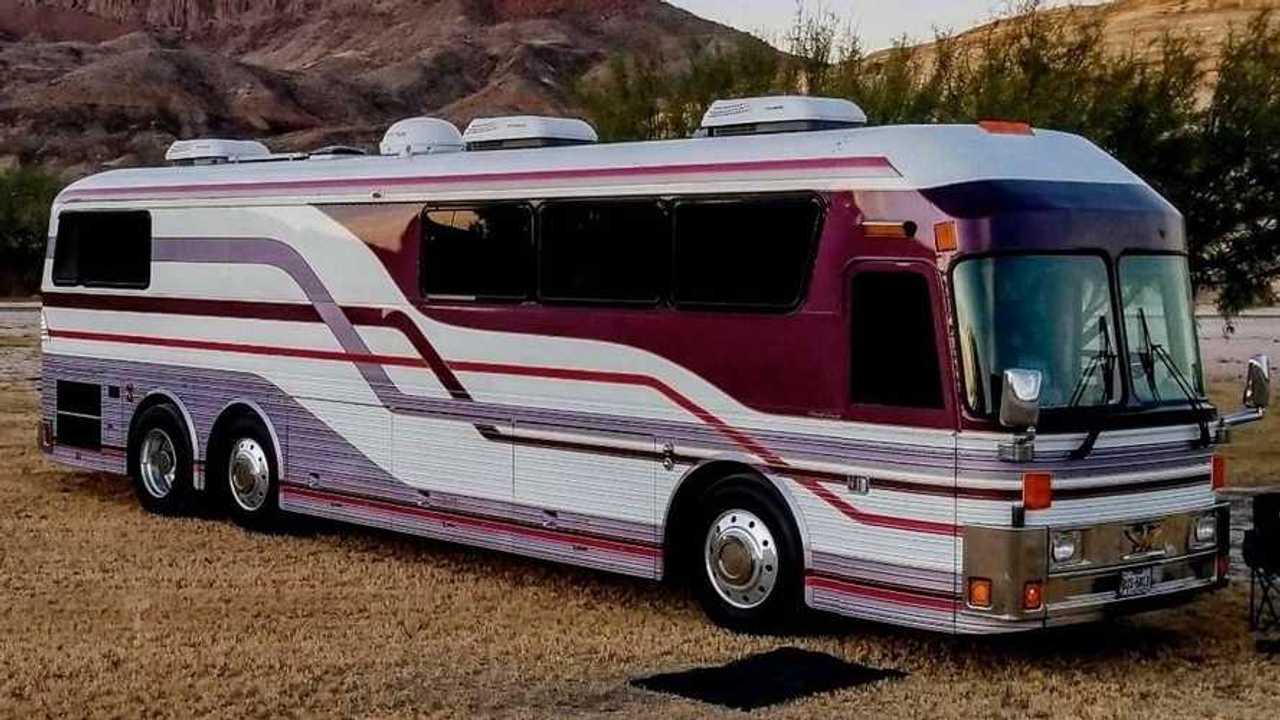 It'll be auctioned next month.

Prince Rogers Nelson, most commonly known as just Prince, left this world on April 21, 2016, leaving a rich musical heritage in the form of 40+ studio albums and countless live performances. He wasn’t famous for his passion for cars but through the years, he owned tens of fabulous vehicles, including a few Bimmers, a Honda motorcycle, several American-made classics, and even a Bentley. But the vehicle you’ll see in the gallery below is by far the wildest he had.

It’s a heavily modified Eagle Model 10 Motorcoach bus with a completely custom and very luxurious interior. Prince used it for the Purple Rain Tour in 1984 and 1985 and it’s going under the hammer during Mecum’s Houston December 3-5 sale. And it’s a sight to behold.

If we have to say it very simply, this bus features all the best that was offered in the mid-1980s. It’s more of a motorhome rather than just a tour bus and is equipped with a bathroom, kitchen, double couch that extends into a double bed, and many more. Of course, all the carpets and curtains are purple.

According to the available information, the bus has never been used commercially. One of the previous owners added some nice modern touches, including a large TV and wireless internet connection. It’s basically ready for all kinds of adventures with its onboard diesel generator, a battery package, an advanced heat system, a three-zone air conditioner, and many more.

Power comes from a Detroit Diesel 6V92 turbo diesel engine generating 270 horsepower and 737 pound-feet of torque at just 1,400 rpm. Power reaches the wheels through an automatic gearbox and there’s also an engine brake and power steering. The driver’s cabin is equipped with two giant captain's chairs sourced from a private jet.