Rare 1986 Ford RS200 Evolution With Modern Updates Up For Sale 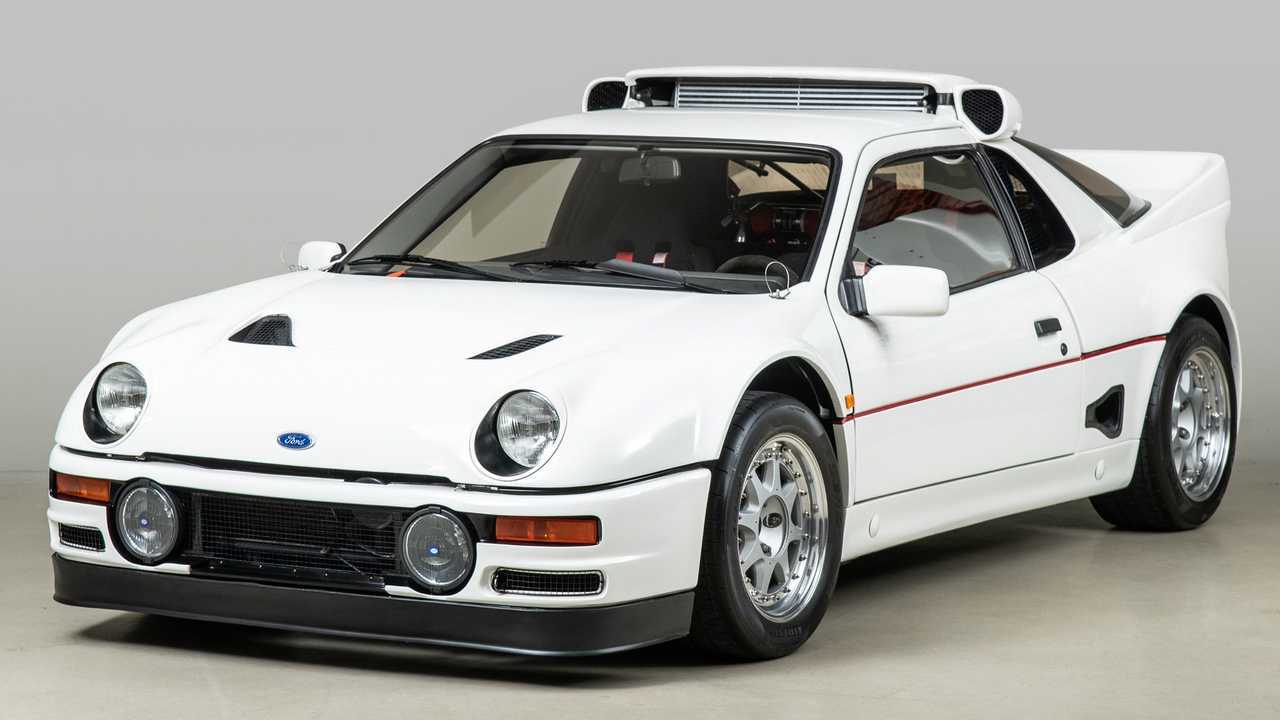 Any time an original Ford RS200 comes up for sale, it's a big deal. That's because only 146 of the original 200 production cars were sold, but this isn't a standard production car. It's one of 24 Evolution models with the 2.1-liter engine and a host of other enhancements versus the standard Ford. However, it's been further tweaked through the years by various owners and it could be the best street-going RS200 you can get. And it's for sale.

This RS200 Evo is offered through Canepa in California and before you ask, no we don't know the price. The listing advises interested parties to call for a figure, but be prepared to shell out some hefty coin to take this rally-tastic ride home. According to the listing, Canepa has a long history with this car and it's documented to hilt going all the way back to its 1986 origins. Having such a comprehensive paper trail already makes this RS200 a keeper, but there's more. There's so much more.

Apparently, the car was originally built for a US customer so it started life as a left-hand-drive machine. Beyond that, it was set up from the get-go to be something special, as the listing says this RS200 Evo originally belted out 600 horsepower (447 kilowatts) – well above the typical output. The intent was to create a ferocious street-legal racer, and through the years the car received other modifications that saw power reach over 700 hp (522 kW) at one point. However, all of that doesn't matter now.

This Rare 1985 Honda Accord Limo Is An Oddball Rally Car

That's because its most recent ownership oversaw a modernization of the RS200 to create a version that was powerful, streetable, and reliable. That last bit is noteworthy, as the RS200's engine in high power mode isn't really a mill designed for longevity. As such, this Evo received a full engine rebuild with a variety of upgrades, a modern turbo, new ignition and exhaust systems, an updated engine management system, and much more. In its present form, the RS200 is said to produce 615 hp (459 kW) in a much broader powerband that makes it better suited for regular use on the street.

That work along with other restoration processes totaled no less than $212,000. The result could be the best RS200 for those who want to enjoy the car as a living, breathing machine on the roads of America, but it's definitely not in its original 1986 condition. Whether that affects the selling price for RS200 collectors remains to be seen, but there's no denying this particular car is absolutely stunning.

Hit the source link below for full information and additional pictures of this rare, road-going rally racer.