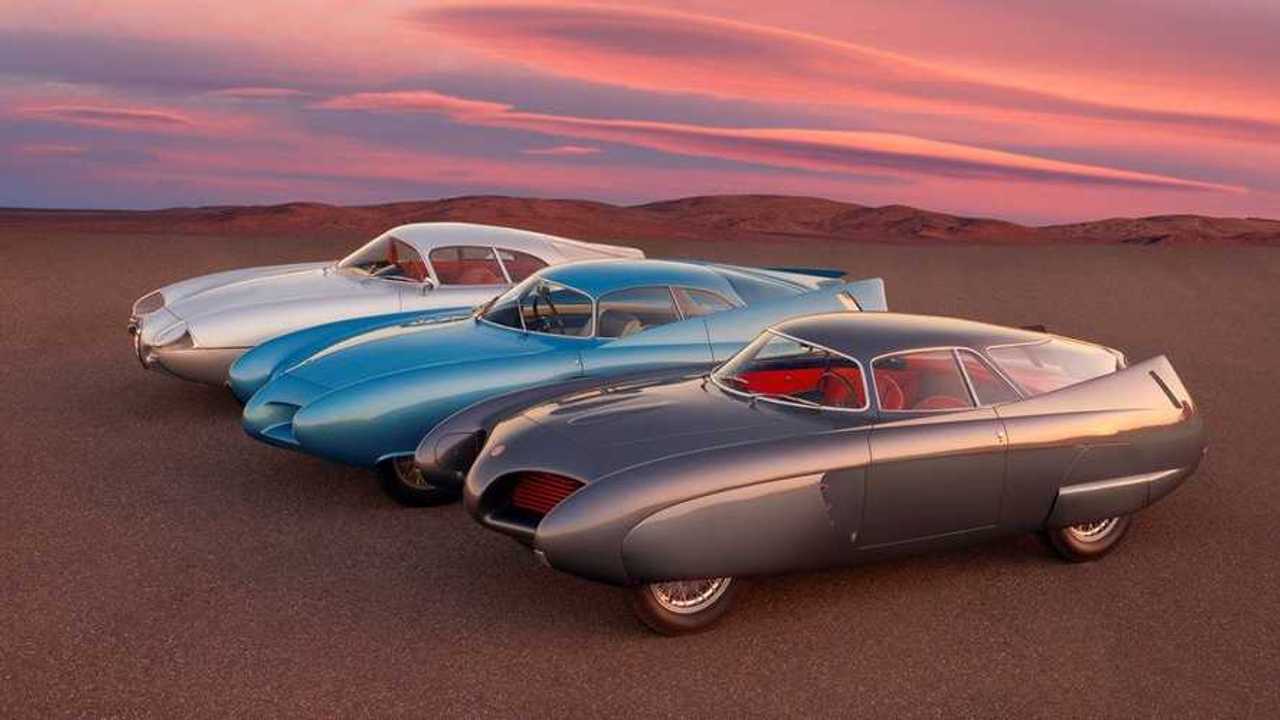 All three were made by Bertone.

The world is breaking record after record in the most negative imaginable way right now but we are happy to report that RM Sotheby’s has set a new record for the most valuable post-war Alfa Romeo sold as a single lot during an auction. During the Sotheby’s Contemporary Art Evening Auction, a trio of Alfa concept cars sold for no less than $14,840,000.

The cars in question are the Alfa Romeo Berlina Aerodinamica Tecnica concept cars, B.A.T. 5, 7, and 9d, which are now some of the most valuable cars of the company ever sold. The three studies were offered as one lot and the livestreamed sale was witnessed by almost one million viewers. RM Sotheby’s explains the auction lot got pretty good pre-sale attention which transformed into high bidding activity.

It was an entirely online sale with Sotheby’s auctioneer, Oliver Barker, accepting bids from specialists from New York, London, and Hong Kong. The auction company explains “the completely digital initiative highlighted the departure from the conventional means of print promotion and utilized an entirely digital format that reflected the best in class leading auction presentation.”

As for the cars, these three phenomenal concepts were produced by Bertone and made public debuts at the Turin auto shows over three consecutive years in 1953, 1954, and 1955. Interestingly, they were never displayed together as new but are now heading to their new owner as a united trio.

Add This Blue 1960 Alfa Romeo Giulietta Sprint To Your Garage

“The sale of the B.A.T. concept cars during Sotheby’s Contemporary Art Evening Sale represents the second time RM Sotheby’s has offered a motor car as part of a Sotheby’s art sale - the first time being when we sold the Michael Schumacher Ferrari F2001 Formula 1 race car in 2017,” Ian Kelleher, Chief Marketing Officer at RM Sotheby’s, commented.