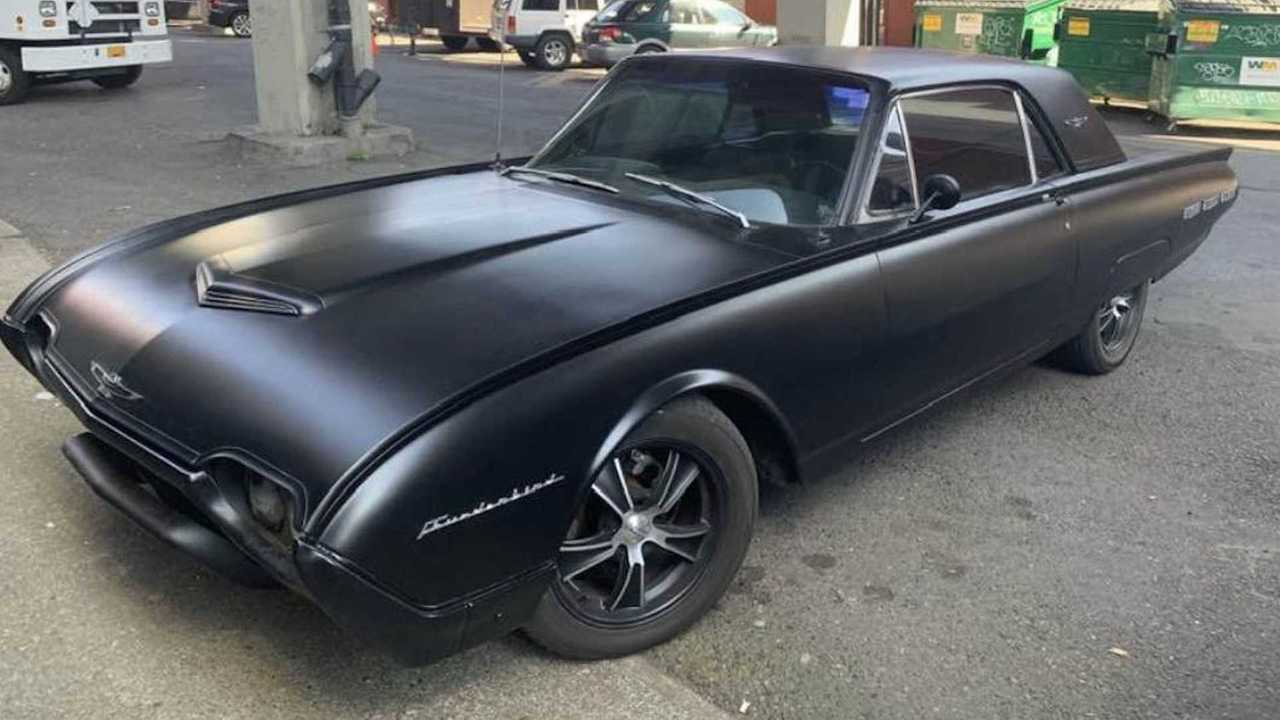 The Ford Thunderbird arrived back in 1955, giving Ford an upscale coupe to offer to a growing middle class. It wasn’t long before Ford went back to the drawing board not once, but twice by 1961 to give the two-door a completely new, rocket-age-inspired look. It’s an attractive model, though one for sale on Craigslist caught our eye. It’s called the Murderbird, and it couldn’t be more fitting.

The Thunderbird that’s for sale is a 1962 model that has benefited from a ton of upgrades and a slick paint job. The most striking thing about the car, though, is its blacked-out look – hence the creative name. The Thunderbird features a matte black exterior color with a black-on-black interior. The body looks to be in great condition, too, though there are only a handful of pictures with the listing. We don’t see any rust. Dig underneath the sheet metal, and you’ll find even more menacing changes.

This Thunderbird isn't stock – it has an LS-swap between the fenders. Underneath the hood is a 5.7-liter V8 out of a 2002 Chevy Camaro. It’s paired with GM’s 4L60E four-speed automatic gearbox. But that’s not the only upgrade. The Murderbird also features disc brakes and a custom exhaust system. The ad says the car “runs and drivers great,” adding that “almost everything works,” like the windows, which would appear to be true.

Own This Rare 1968 Ford Thunderbird With Just 26K Miles

Paint The Town Red With A 1960 Ford Thunderbird

Pics of the interior are limited, though what’s shown appears to be in nice condition. It’s not showroom-quality, though there are no tears or rips that we can spot. There aren’t any images of the instrument panel, instrument cluster, or center console, though. Hopefully, whatever issues the car does have are minor as the post doesn’t specify what those are. Then again, this Muderbird won’t murder the bank account. The seller is asking $8,900 for the car.