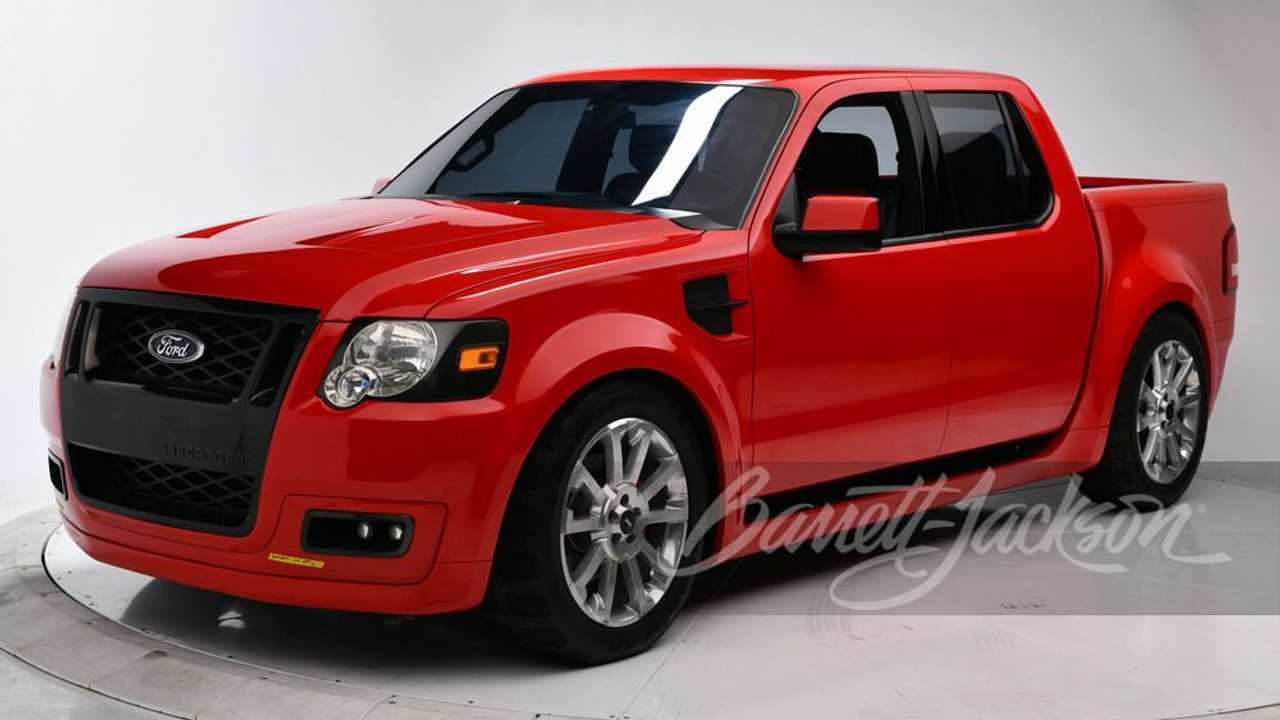 Remembering the sport truck that almost was.

In the early 2000s, sport trucks were taking the road by storm. Vehicles like the F-150 Lightning, RAM SRT-10, and Chevy Silverado SS were throwing powerful engines into ever fast trucks. This trend was a huge success in larger trucks, which prompted Ford to take the idea down market to their smaller Ford Explorer-based Adrenaline truck. Now with power from a V8 engine and aggressive styling, this was the small sport truck that almost was. Now you can own this special vehicle thanks to an auction happening online at Barrett Jackson.

The Ford Explorer Sport Trac based Adrenaline concept was meant to usher in a new era for Ford’s SVT performance division which planned to offer a broader portfolio of products in the mid-2000s. The Adrenaline concept was an impressive machine thanks to a powerful engine, tuned suspension, and rear-drive bias all-wheel-drive setup.

Powered by the same supercharged 4.6-liter V8 found in the contemporary SVT Cobra Mustang, the Adrenaline Concept produced 390 horsepower (290kW) and 390 lb-ft (528nm) of torque which was sent through a newly designed 6-speed automatic transmission. This engine and transmission pairing, which may sound pedestrian in 2020 terms, but back in 2005, this was a huge deal.

Then there was the sport-tuned all-wheel-drive setup, which featured a rear-biased 60/40 torque split. To put the power to the ground, the Adrenaline concept used 295/45 R21s at all four corners lending to massive amounts of grip and stability.

Our Screws Would Look Totally Different If Not For Henry Ford
⠀

Sadly the Adrenaline concept remained a concept, and Ford’s Explorer Sport Trac never got the performance trim it deserved. Today’s performance trucks are more off-road focused, and the Explorer ST is the spiritual successor to this forgotten concept.