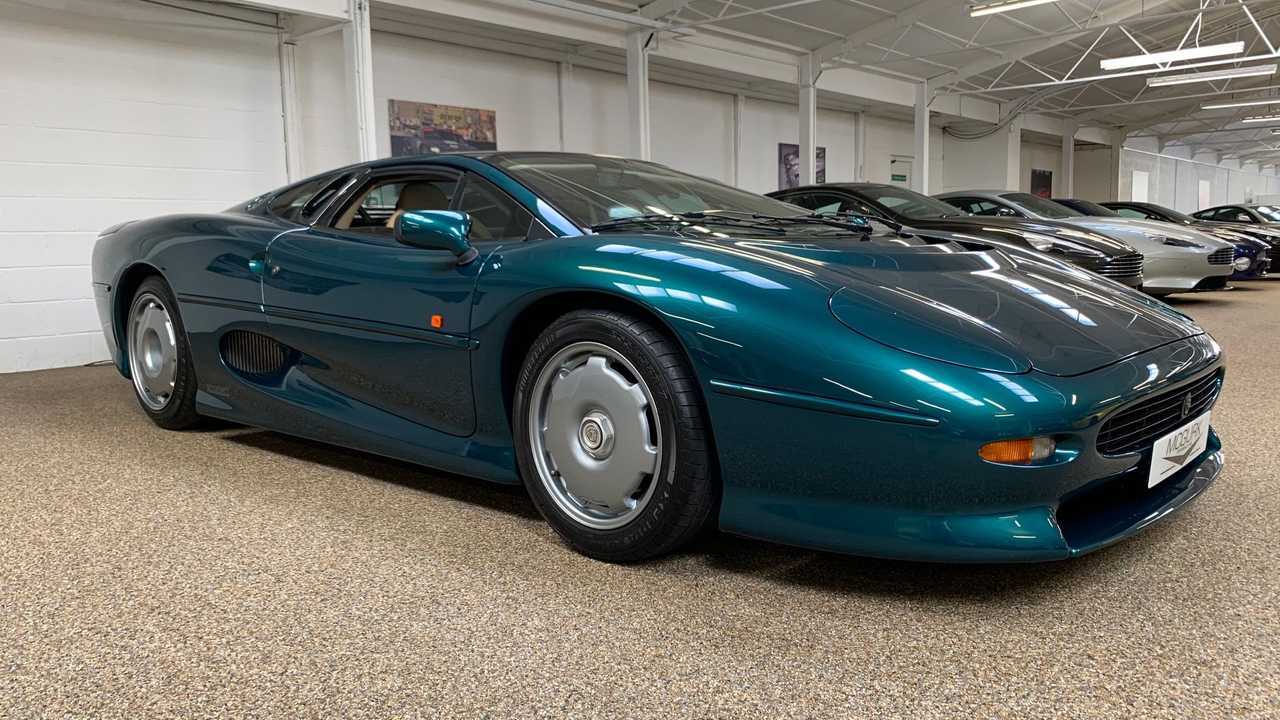 A Jaguar XJ220 in an almost-new condition is being sold by an independent specialist car dealer, McGurk Performance Cars in Warwickshire.

"I love these cars," said John McGurk, owner of McGurk Performance Cars, who worked with the XJ220 in a previous role with Jaguar. "I’ve driven and sold a lot of XJ220s previously, and this car is as close to a new one as you’ll find today.

"They’re sensational to drive, challenging, but great fun, the turbos come in with a huge kick and the performance is still shocking today."

First unveiled at the 1988 Motor Show at the NEC, Birmingham, the XJ220 was an instant hit, with 1,500 deposits being taken right away despite the fact that it cost around £470,000 new and much of the world was gripped by a recession not long after.

The XJ220 was produced between 1992-94 and was the fastest car in the world at the time – that despite being a rear-wheel-drive car powered by a turbocharged V6 engine – the concept shown in '88 promised four-wheel-drive and a V12 powerplant.

Nevertheless, the XJ220 that was sold to the public was still a serious piece of kit. Built with the help of Tom Walkinshaw Racing by a dedicated team of people, the car featured a bonded honeycomb aluminum chassis with aluminum bodywork. And that engine, a 3.5-liter unit based on the engine in the MG Metro 6R4 Group B rally car, ended up delivering 542 hp – a huge amount by the standards back then, and that was despite having half as many cylinders as originally promised.

After achieving a 217-mph top speed with F1 driver and Jaguar sports car racer Martin Brundle at the Nardo test track in Italy, the car went on the bag a number of production car lap records.

A racing version, the XJ220-C, was also developed, and competed in the 24 Hours of Le Mans in 1993, emulating the C-Type and D-Type racers that inspired it. At Le Sarthe, it scooped a class win with John Nielsen, David Brabham, and David Coulthard, only for the triumph to be wrongly stripped away post-race.

The cars raced at Le Mans were built to IMSA rules for racing in the US, and as a result, raced without catalytic converters. A post-race inspection wrongly deemed them to be illegal as a result, despite the fact that IMSA-eligible cars were allowed to race at Le Mans at the time, and the car was disqualified from the event.

The car being sold by McGurk Performance Cars is finished in the same color as that very same racing car. It is also available alongside other rarities such as one of 46 right-hand drive Ferrari 550 Barchettas, one of 240 Aston Martin V550 Vantages, and one of 150 Aston Martin GT8s.