This Twin-Headlight Corvette C1 Is Actually A PHEV From China 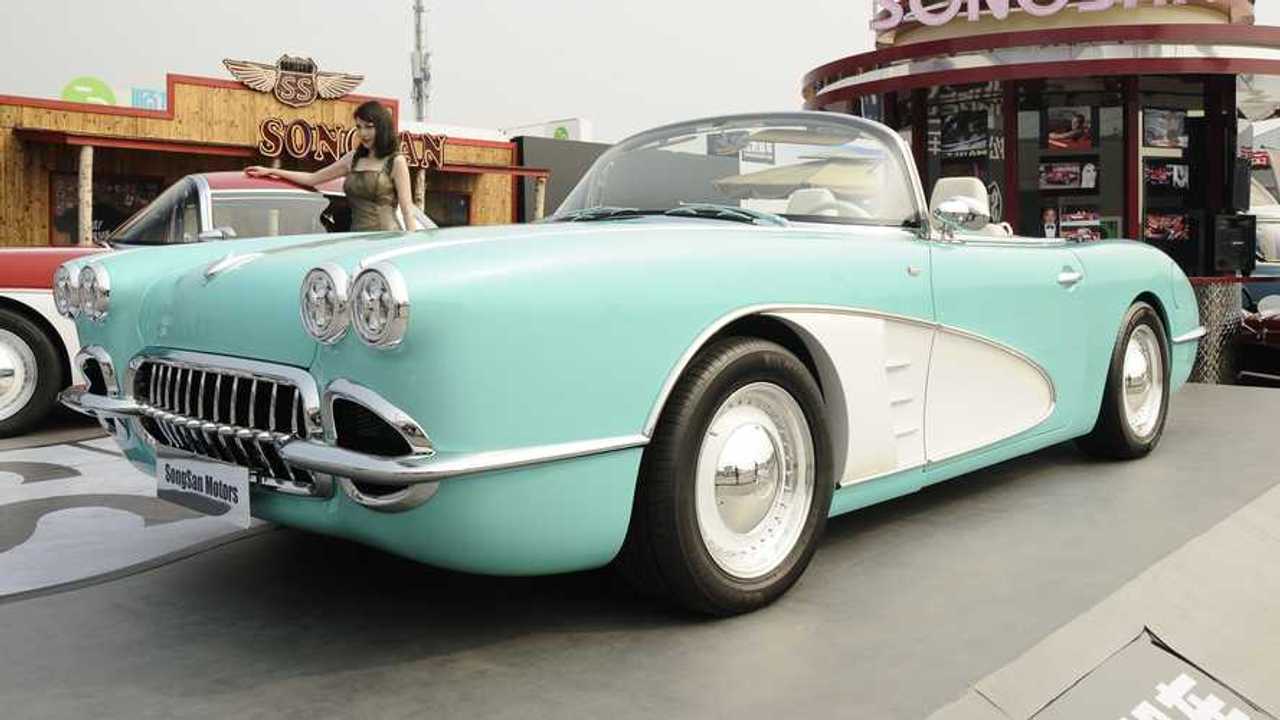 It's not just a prototype.

The Chevrolet Corvette C1 is among our favorite vintage cars together with a few other names. It features a timeless design that’s still attractive even today, almost 70 years after its original launch. Of course, times have changed dramatically and the automotive design is no longer so recognizable. But there’s still some hope.

Chinese company Songsan has just presented its newest addition to the model range. It’s the car you’ll see in the gallery below or - if we have to be short - a modern-day knockoff of the original Corvette C1. Not everything is 100-percent identical but just take a look at the photos - everything you love about the C1 is there albeit in a slightly modified form.

The best part? As Carscoops reports, the automaker is not ashamed of the close visual relation between the C1 and the so-called SS Dolphin. On its official site, the manufacturer shows Brad Pitt, Tom Cruise, George Clooney, and other celebrities driving one of America’s greatest sports cars.

Invest In A 1961 Chevy Corvette

The obvious connection between the SS Dolphin and the original Corvette is just visual though. Under the stylish sheet, there’s a 1.5-liter plug-in hybrid powertrain reportedly sourced from Build Your Dreams (BYD), one of China’s largest automakers. According to information from Autohome, there’s a 16-kWh battery pack supplying electric energy for up to 56-62 miles (90-100 kilometers) between two charges. The claimed 0 to 62 miles per hour (0-100 kilometers per hour) acceleration time is impressive - 4.9 seconds.

If you live in China, you’ll be happy to hear this is not just a prototype. Songsan will produce the SS Dolphin in an unlimited run (as far as we know) with pricing reportedly starting at ¥590,000 or $86,613 at the current exchange rates.