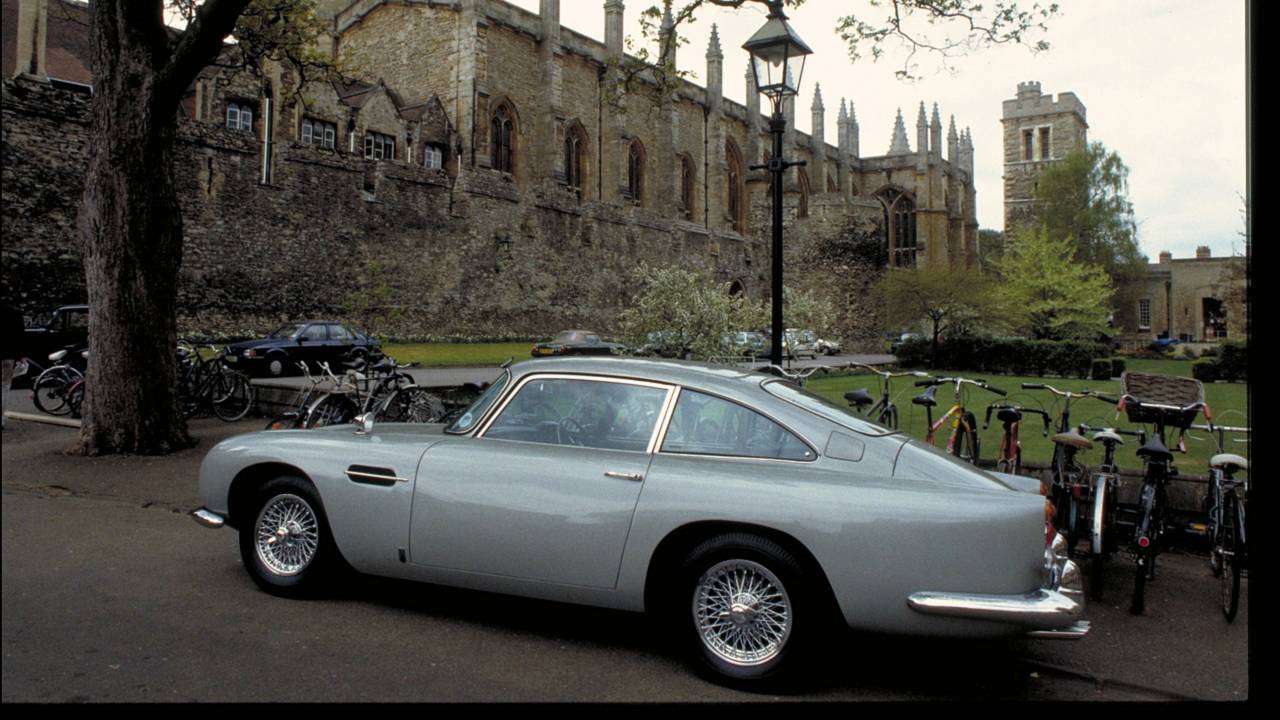 Grab your dusty fedora and cue the music.

Okay folks, it’s time to embark on an automotive treasure hunt. In this instance, the treasure involves 20 cars of varying degrees of fame that, at some point in the past, went missing and were never recovered. Technically, only 18 of these cars are missing but recovering the other two would require herculean efforts possibly involving James Cameron. More on that in a bit.

Some of these cars will likely be familiar to readers, such as James Dean's 1955 Porsche 550 Spyder. Others such as the Oldsmobile Golden Rocket concept car aren't as well-known, but are shrouded in mystery just the same. Select Car Leasing put together a list of vehicles complete with maps of their last known locations around the world, so we at least have a starting point to begin the search. Here's a summary of notable machines on the list, starting with cars missing in the USA.

Half of the 20 cars in this hunt disappeared in the States, split above between the East and West Coasts. Dean's "Little Bastard" Porsche is a well-known mystery in automotive circles, but a plethora of GM concept cars from the 1950s disappeared from the eastern side of the country, including the aforementioned Oldsmobile. Such concepts were usually destroyed after making the show circuit, but GM has no records of this happening for several cars of this era. That's led to many conspiracy theories over the years about the concepts being secretly pirated away before facing certain death, but if that occurred, their whereabouts are unknown.

Another famous East Coast disappearance is perhaps one of the most famous movie cars of all time. The gadget-infused Aston Martin DB5 used in the classic Bond film Goldfinger was stolen from a Florida hanger in 1997, and though rumors of it being in the Middle East wafted around in 2018, its location remains a mystery.

The Old Continent is the last known location for a treasure trove of extremely valuable missing cars. Among them is perhaps the most famous – the 1937 Bugatti Type 57 SC Atlantic. Four were built and three still exist, but the final car's destiny became muddled in 1940 as World War II engulfed France. Some believe it was destroyed when Bugatti's Molsheim factory – under Nazi control at the time – was hit by Allied bombers. Other rumors say Ettore Bugatti secretly sent the car to an undisclosed location before the Nazi invasion, ultimately taking that knowledge to the grave. If it still exists, it could be worth over $100 million.

Speaking of extremely valuable cars, only one mystery disappearance comes from Africa but it's literally a doozey. Duesenbergs have long been extremely valuable, due to their epic performance for 1930's-era motoring and their bespoke nature. An SJ-506 owned by Emile Beghain went to Algeria, but disappeared in 1962.

As for the final two cars, their locations are actually well documented but they probably aren't in the best shape. That holds especially true for the Renault Type CB Coupe De Ville, which was on board the Titanic for its voyage from Southhampton to New York. In the numerous expeditions since the wreck's discovery in 1985, the Renault hasn't been found though some images do appear to show a front wheel.

Far more accessible is the Chrysler Norseman concept car that went down with the SS Andrea Doria not far from the Massacheuttes coast in 1956. It's only in 160 feet of water, so it's at least within reach for anyone hopelessly devoted to salvaging the Ghia-designed concept car. Having been under water for over half a century, we wonder how much car there's left to salvage at this point.