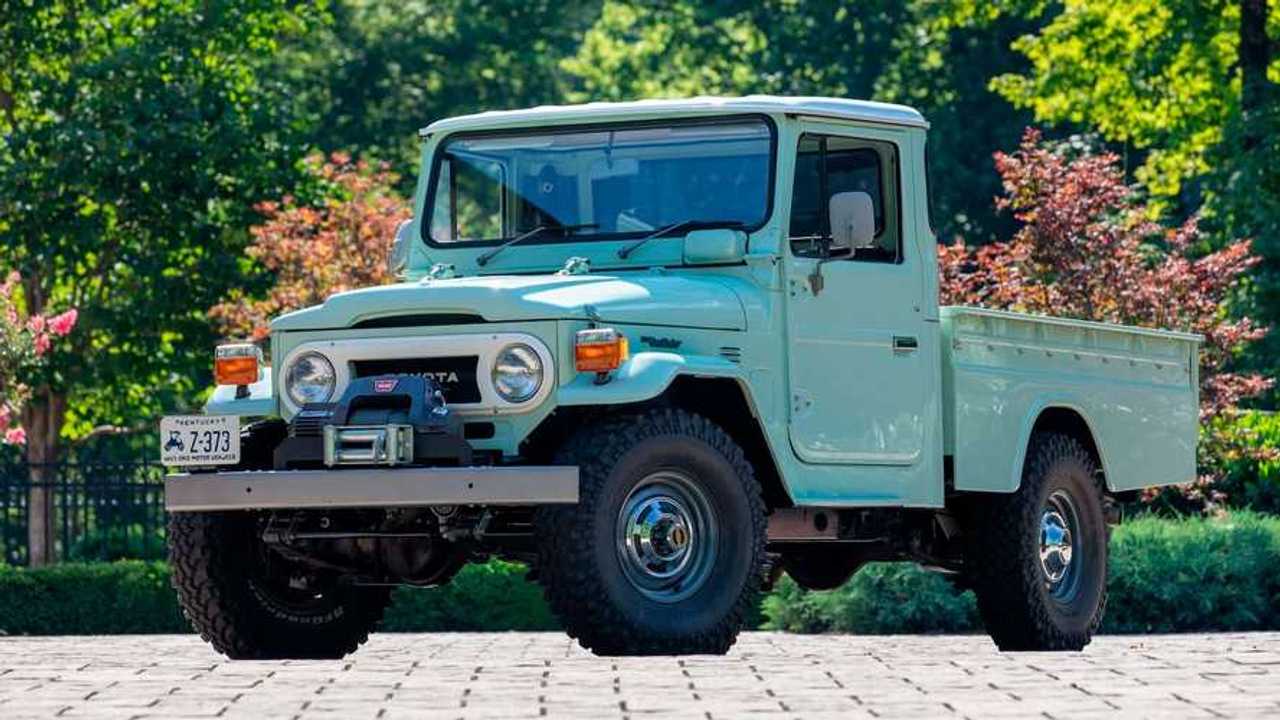 It will cross Mecum's auction block in Florida at the end of August.

These days, Ford Bronco is on the lips of pretty much every off-road enthusiast around the planet. It’s certainly not the only such machine of its kind throughout history – let’s not forget the Toyota Land Cruiser and older FJs like this 1973 FJ-45 that’s crossing the block later in August with Mecum Auctions.

This one is special, and not just because it looks beautifully restored. Under the hood of this pale green FJ isn’t a period-correct inline-six, but a 5.7-liter Chevrolet V8 crate engine fitted with modern fuel injection. Yes, this stock-looking Toyota is a restomod, and the upgrades don’t stop under the hood. An updated five-speed manual transmission is connected to the engine, doling out power to the rear wheels or all four when necessary. Based on the photos, it rides on meaty BF Goodrich all-terrain tires, and it looks ready to travel pretty much anywhere, roads or not.

The auction listing doesn’t offer full details on the restoration or other upgrades, save for a modern sound system for driver and passengers. It’s also fitted with air conditioning to keep things cool in the cabin. In the event this FJ winds up somewhere it can’t drive out of, a Warn winch is mounted on the front bumper. The listing says an extensive restoration was performed by Toyota of Orange County in 2003, with the Toyota’s current owner buying it in 2005. Maintenance and restoration documents are reportedly included with the vehicle.

Mecum’s Kissimmee Summer Special 2020 auction is slated to run from August 27-29 in Kissimmee, Florida. The exact slot for this FJ isn’t listed, but it will definitely have a new owner when it crosses the block because it’s offered for no reserve. We’ve seen similar models from this era land in the $40,000 range, but with the restomod touch and the nature of auctions, all bets on a final bid price are off until the truck is hammered down as sold.