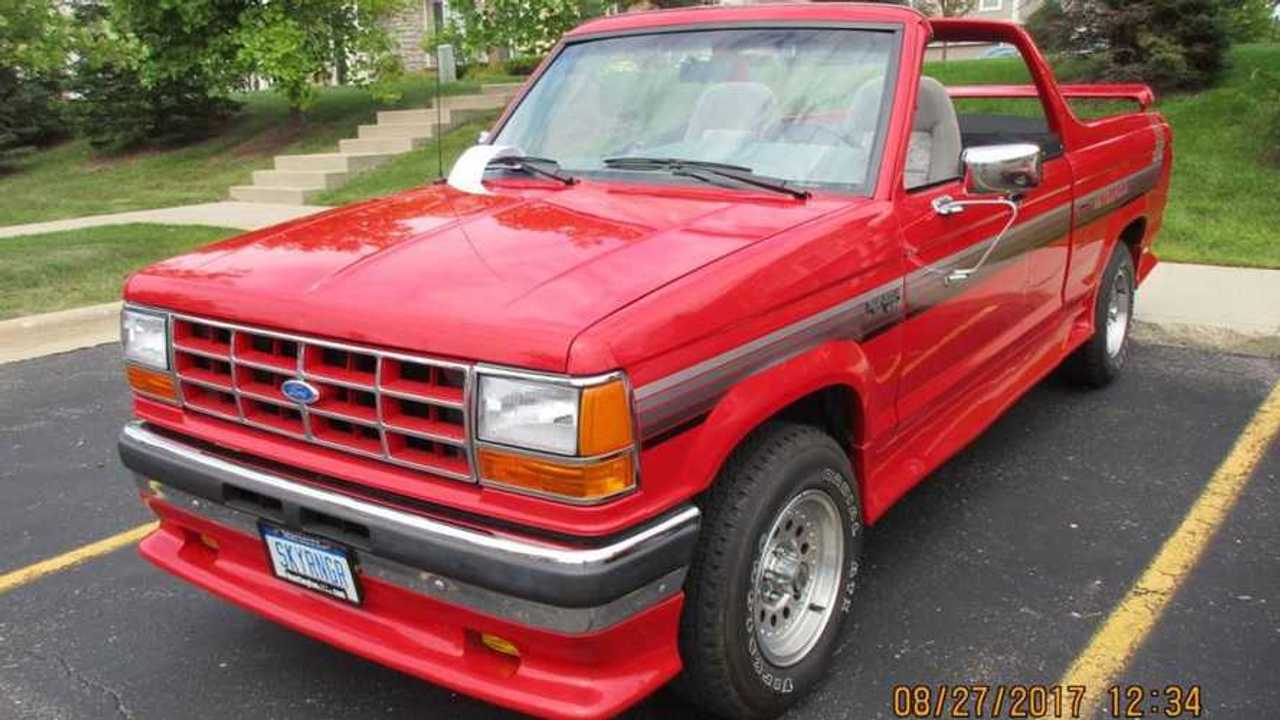 The early 1990s was a very strange yet very cool time in America.

Those who recall the curious span of years between the late 1980s and the early 1990s might recognize this classic compact Ford Ranger. For a brief period in automotive history, there was a considerable fascination for convertible pickup trucks. Dodge even offered its midsize Dakota with a drop top straight from the factory, but this Ford isn’t a factory offering. That makes exceedingly rare, and yes, it's for sale.

It gets even better, however. This particular SkyRanger is a 1991 model and reportedly shows just 7,600 miles on the odometer. It looks stunning in the photos, and with such low mileage, we can understand why. Additionally, the Craigslist ad states the air conditioning was converted to R134 as opposed to running the old R12 refrigerant, and with an updated AC condenser added in 2017, the air blows nice and cold.

Of course, why would you want to run the air conditioner when you can lower the top? The SkyRanger was converted from an extended cab, long bed Ranger. As the photos show, the top rests where the small jump seats would normally be, essentially turning this truck into a single-cab machine. The listing says a V6 sits under the hood, driving the rear wheels (four-wheel-drive is selectable) with a manual transmission. With an open roof and a modestly powerful six-pot, it actually sounds like a fun little truck to drive.

Not much is known about the SkyRanger. According to the listing, a Michigan-based company called Professional Autocrafters Group did the conversion and pitched the idea to Ford as something the company could sell through dealerships. Apparently, company brass wasn’t interested and the deal never happened. The listing says less than 13 were ultimately made, but an actual production number isn’t known.

This one exists, however, and as you might expect with the rarity and low mileage, it’s worth a bit more than a typical 1991 Ranger. The seller claims to have owned it for 12 years and is asking $24,995, but there are few automotive examples that so clearly embody the late-80s / early-90s microcosm of motoring as this convertible truck. And you’ll probably never see anything else like it on the road.

More info is available at the source link below … at least until it sells.