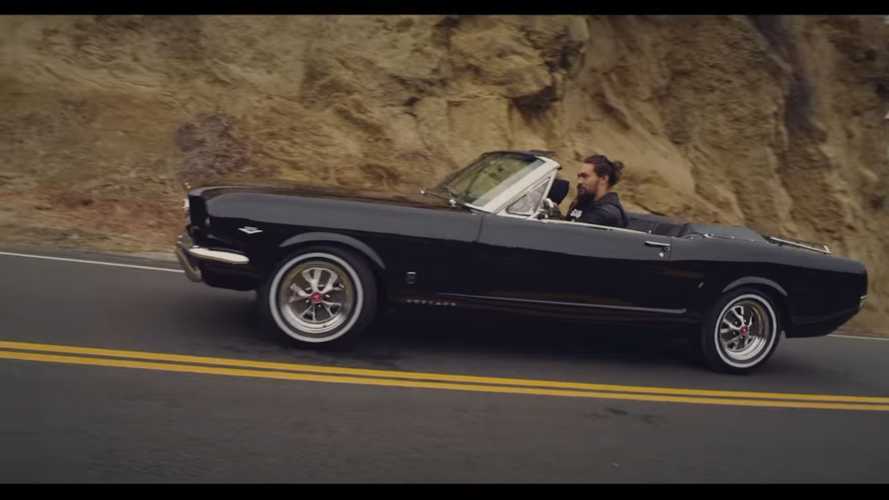 Literally a labor of love.

You don’t have to be an auto enthusiast to remember your first car. You also don’t need something truly fantastic to keep it rich in your memory. It certainly helps when that first car is a Ford Mustang, especially a first-generation convertible. That’s what actress Lisa Bonet had when she was just 17 – a 1965 GT convertible. And thanks to her husband Jason Momoa, she now has it again.

The Game of Thrones and Aquaman star recently surprised Bonet with the car, and he captured the special moment in a YouTube video. Not only that, he captured the restoration process of the classic pony car, and it wasn’t just a case of giving it a wash and wax. It’s not explained what happened to the Mustang over the years, but its first appearance in the clip reveals a car with some serious rust issues, a deteriorated interior, and a convertible top that’s literally gone. Clearly, this would be a very thorough restoration.

As the disassembly continues we see just how large of a task the restoration is. Sickly coolant gushes from the engine – presumably its original 289-cubic-inch V8 – and at one point we see what looks like a completely new floor pan awaiting installation. The clip takes us quickly through the process of finding, restoring, and revealing the Mustang, but according to Elle, this event was actually 14 years in the making.

It appears the trials and tribulations were worth it, however. The 1965 Mustang looks stunning in black and Bonet is positively thrilled with the outcome. The work was done by Divine 1 Customs and even Momoa, whose big-screen Hollywood persona is decidedly that of a tough guy, gets rather emotional recounting the car’s history and during the reveal.

You never forget your first car, and this heartwarming story has a happy ending we’ll never forget, either.