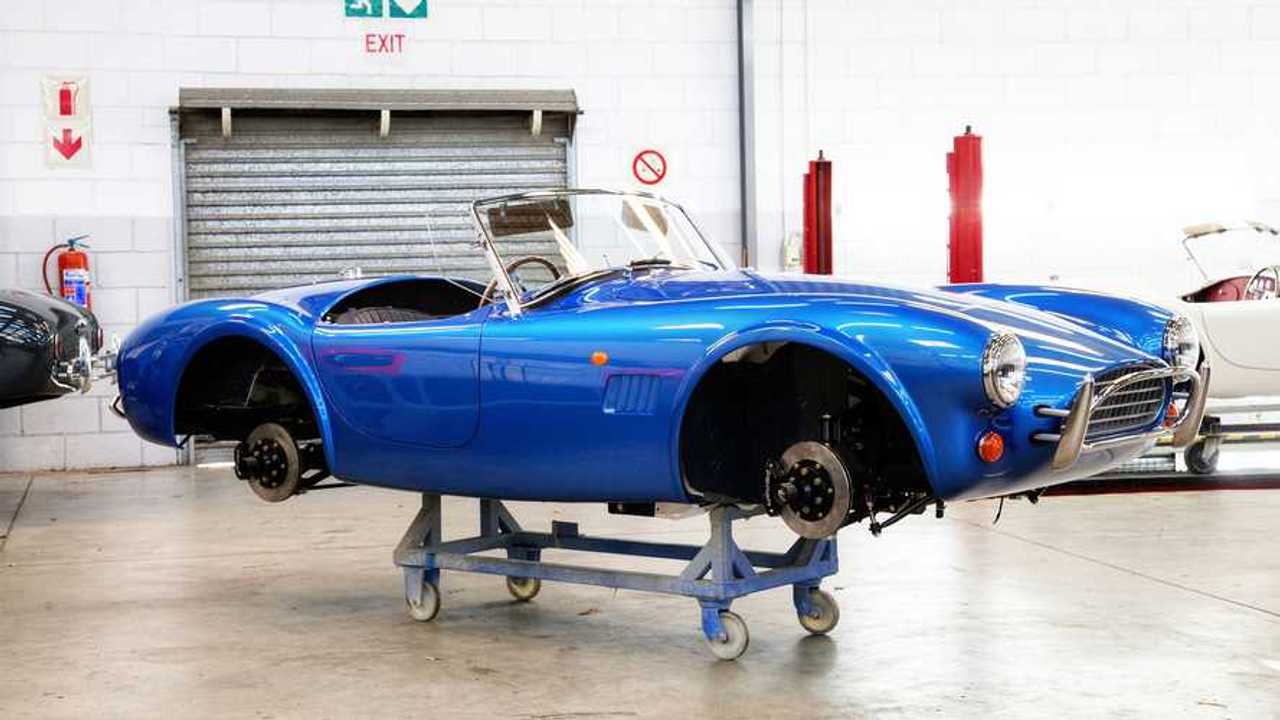 The classic is one step closer to returning.

The legendary AC Cobra's return to the UK moved a step closer this week with the announcement that the first two new models have arrived on our shores.

The present-day reimagining of the Cobra, announced in July, features an all-electric drivetrain in its AC Cobra Series 1 electric guise, and 2.3-liter Ford EcoBoost power in the AC Cobra 140 Charter Edition.

Two examples have been shipped to the Derbyshire headquarters of Falcon Electric, an EV conversion specialist that is handling the drivetrain installation of the new Cobras. It is designing and supplying the electric motors and running gear for the electric models and will also install the Ford engine for the Charter Edition model.

The Future Is Electric:

The electric version is powered by a 54-kWh capacity battery and 230-kW drivetrain, the Cobra electric conversion is capable of handling 0-60 mph in 6.7 seconds and completing 150 miles (241 kilometers) on a single charge. Unlike many electric cars, the electric Cobra has managed to stay relatively lean, weighing in at under 1,250 kg (2,756 lbs).

"It may be 58 years since AC first shipped Cobras around the world but it's only one month since AC Cars said we would do just that once again and now we're bang on time," said AC Cars owner Alan Lubinsky.

Once the production of the first two examples is completed in the coming weeks, full details of the sales plans for both the electric and petrol versions will be revealed.

The first step to returning one of the world’s motoring icons to its true place - on sale in its spiritual home, the UK - took place today with the shipment to Britain of the two new AC Cobra models announced on the 1st of July.

The AC Cobra Series 1 electric is a faithful recreation of the AC Cobra but with a modern, emissions-free electric powertrain and the AC Cobra 140 Charter Edition features the same 2.3 litre high power engine used by Ford in its latest Mustang model. The two ACs were loaded today to ship from the factory to the UK.

The two new cars are each being produced in two limited editions of 58 cars for sale in the UK. The number of cars is significant because it is 58 years since the creation of the world-famous AC Cobra model.

The two cars are now on the way to the Derby premises of Falcon Electric (https://falconelectric.co.uk/). Falcon is designing and will supply the electric motor and running gear for the electric model and also install the Ford-sourced petrol engine for the Charter Edition model.

Speaking today the man behind the project to return AC to sales, Alan Lubinsky, said that the significance of the shipment couldn't be overestimated. “It may be 58 years since AC first shipped Cobras around the world but it's only one month since AC Cars said we would do just that once again and now we're bang on time”.