This Isuzu Vehicross Is Your $13k Ticket To Early 2000s Quirkiness 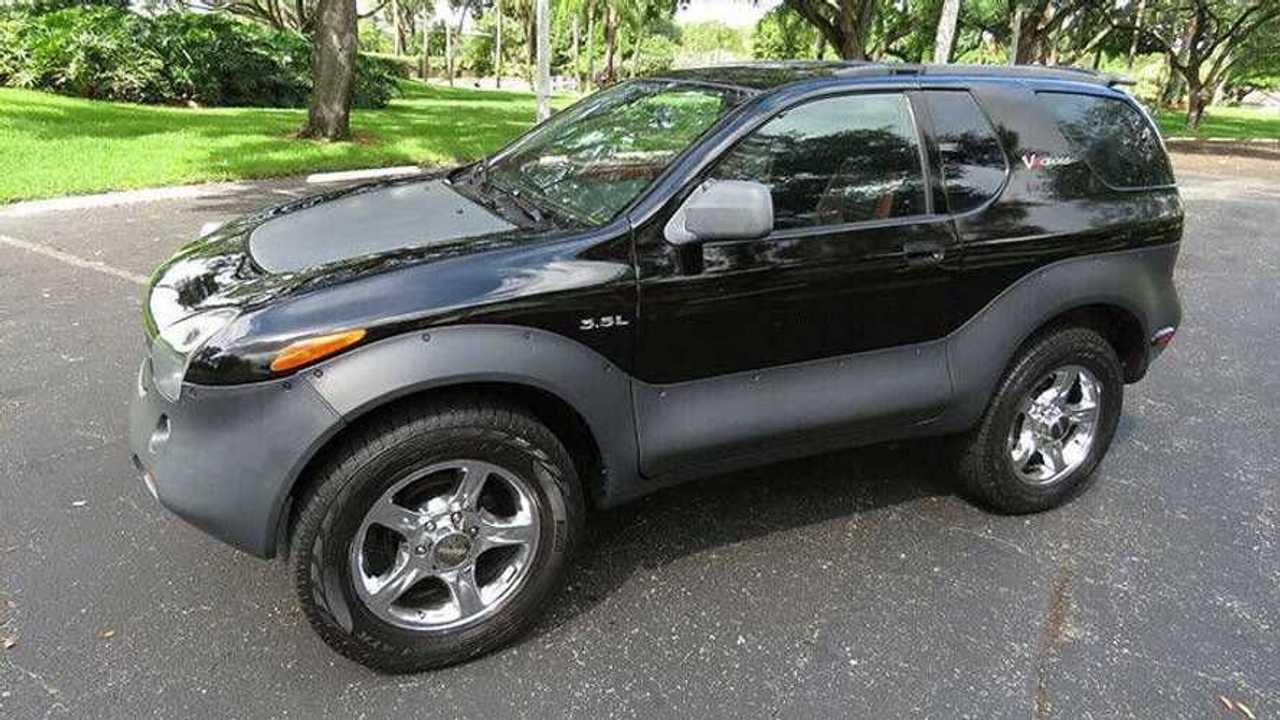 When you think of it, this is a pretty rare car.

Nowadays, Isuzu is mostly building workhorses for both companies and private customers. But back in the early 2000s, the Japanese firm had a wider portfolio that included a rare bird - the Vehicross. Heavily based on the Terrano, the SUV was quirky in the best possible way and pretty exotic. Judging by the production numbers, one very rare example of the model is currently listed for sale on Craigslist.

According to data from Wikipedia, just 1,345 Vehicross units were produced from the 2001 model for the United States, of which a mere 87 had the color combination of this particular example. It is finished in black on the outside with a contrasting red leather interior. So, here’s your chance to own a car that’s produced in limited numbers for less than $15,000.

The car has 78,000 miles on the odometer and seems to be in a very good condition, save for a few marks in the interior. The seller says it has recently had a $2,000 worth preventive maintenance, including a timing belt and water pump replacement. The SUV also rides on new Michelin tires on all four corners. Basically, it needs “absolutely nothing.”

Classics for sale: The best Land Rover hybrid – ever!

With its unusual design, featuring short overhangs and an aggressive forward stance, the Vehicross still looks somewhat modern even today, almost two decades after the last examples rolled off the assembly lines. Its successor, the Isuzu Rodeo Sport, had a way more traditional design approach and we have our reasons to believe prices of the Vehicross will begin to climb in the next few years.

Whether you want one as an investment or as a new daily ride, this particular example sounds like a good deal with its price of $13,300. The seller says he will listen to offers but he’s pretty much aware of how rare his car is.