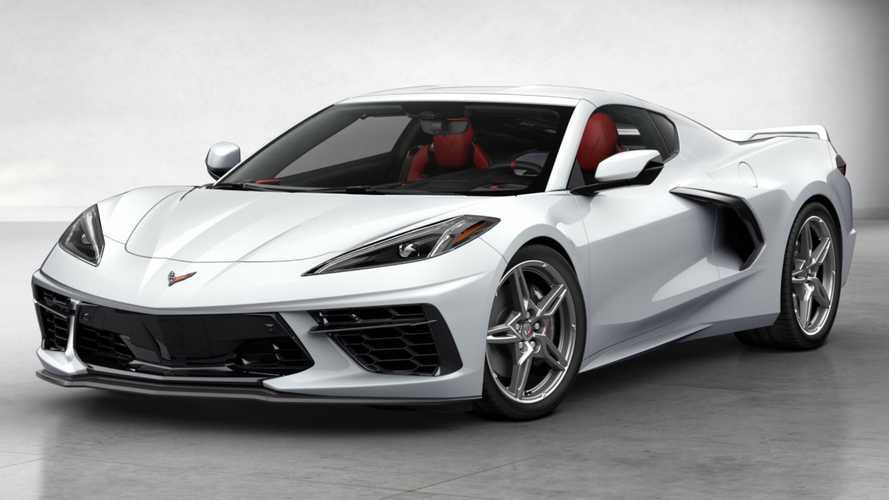 The Chevy Corvette is no spring chicken, arriving for the first time in 1953, but the decades that followed allowed the model to carve its own path into the automotive landscape, and history. It’s an American icon with worldwide recognition that’s led to the production of well over 1.5 million Corvettes, and a new raffle could make you the owner of number 1.75 million.

However, the 1.75 millionth Corvette model will only temporarily call the museum home before it heads to its new owner. The raffle will take place on Friday, September 4, as part of the museum’s 26th-anniversary celebration. The Corvette will feature the Z51 performance package, the 3LT equipment group, silver aluminum wheels, the engine appearance package, and more.

1962 Chevy Corvette Gets A Makeover From Chip Foose
⠀

The Z51 package alone adds a ton of upgrades. Output jumps to 495 horsepower (369 kilowatts) from 490 hp (365 kW), thanks to the performance exhaust system. However, the package also adds more aggressive aerodynamic components like a front splitter, diffuser, and more, which helps improve the car’s downforce. Other upgrades include bigger brakes, improved powertrain cooling, and a tweaked suspension setup.

The winner will receive the car through the Corvette Museum Delivery program. This gives the winner, along with three accompanying guests, “a red carpet V.I.P experience.” We’ve seen the museum delivery experience before, where the owner receives a thorough overview of the new car and its numerous features before driving it home, and it looks like quite the experience. You can get your ticket via a secure, barcoded mail order form that’s available online at raffle.corvettemuseum.org.

Arctic White with Adrenaline Red Stingray Coupe Slated to be Produced in August
On June 30, 1953 the first Corvette officially rolled off the assembly line in Flint, Mich. – a Polo White convertible with red interior – and was followed by another 299 just like it for the 1953 model year. Now, 67 years later, the 1.75 millionth Corvette is slated to roll off the assembly line in Bowling Green, Ky. in August.

The 1.75 millionth Corvette, an Arctic White Coupe with Adrenaline Red interior, will only temporarily call the National Corvette Museum its home as it will be used in a fundraising raffle by the Museum.

“We are appreciative of Chevrolet for aligning the production of one of our Corvette raffle cars so that it would become this milestone in production,” shared Dr. Sean Preston, President and CEO of the National Corvette Museum. “It’s exciting that in just 11 years Bowling Green Assembly has produced 250,000 Corvettes. No other sports car can claim that kind of production volume or enthusiast following.”

The Corvette will be raffled on Friday, September 4 at 3pm CT as part of the Museum’s 26th Anniversary Celebration event and features the Z51 performance package, 3LT equipment group, 5-trident spoke machined-face sterling silver aluminum wheels, engine appearance package, front lift adjustable height with memory and more. The car will be delivered via the Corvette Museum Delivery program, also referred to as option code R8C when ordering a new Corvette, which provides a red carpet V.I.P. experience for the winner and up to three accompanying guests.

“While you do not have to be a raffle winner to pick-up your Corvette from the Museum, we always look forward to celebrating with those who won their car from us,” added Sean. “The Museum has been raffling Corvettes for over 20 years, welcoming new enthusiasts to the family in the process. We are appreciative of those who support our raffle program through ticket purchases as it is one of the primary fundraisers for the Museum.”

The National Corvette Museum is a 501c3 nonprofit foundation. Tickets for the raffle are $200 each and the raffle is limited to 1,500 tickets. Tickets can be acquired via a secure, barcoded mail order form available online at raffle.corvettemuseum.org.