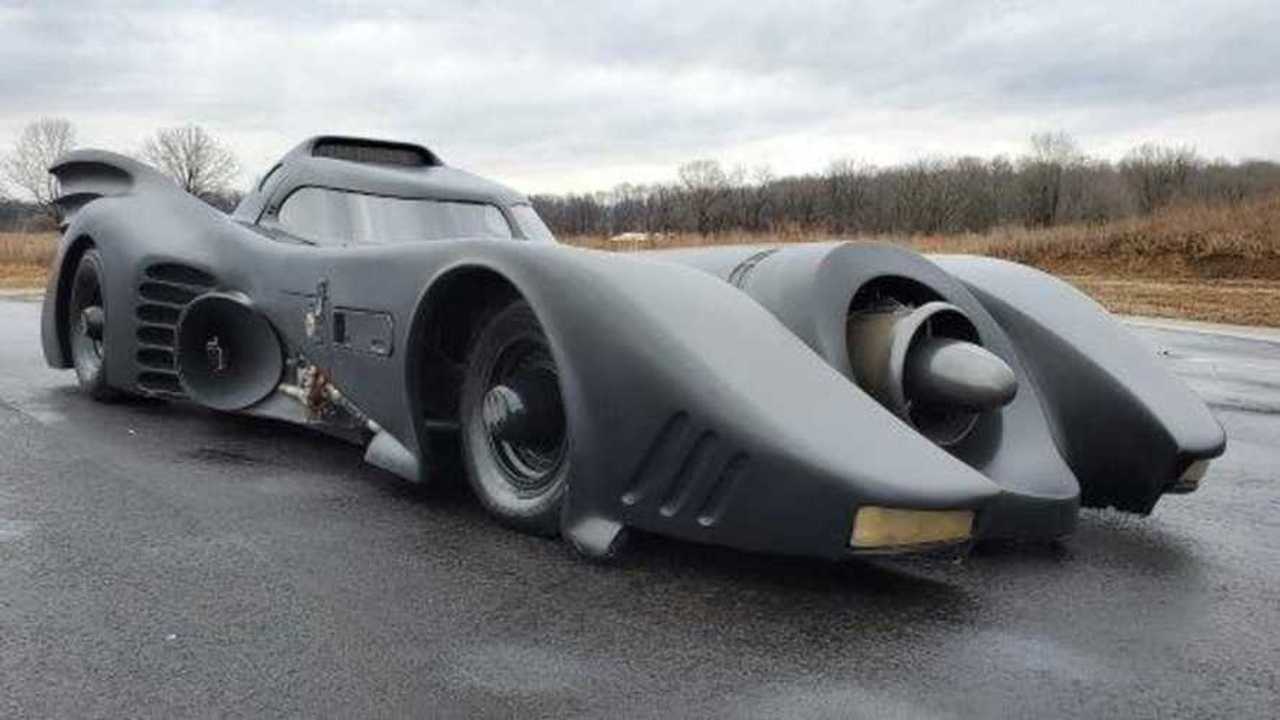 Ever wanted to live like Batman? Well, next month could be your best chance yet to live that dream. US Marshalls will auction off three iconic movie car replicas: the Ectomobile from Ghostbusters, Tim Burton’s Batmobile from Batman, and the tricked-out DeLorean from Back to the Future. Authorities obtained the vehicles after investigating a company for healthcare fraud and drug crimes, sentencing the owner to a nearly eight-year prison term.

The company hosting the auction has few details about each of the three cars other than the expected year, make, and model information. The Ectomobile is a 1959 Cadillac that does a remarkable job recreating the iconic movie car. There’s the Ghostbusters’ emblem on the doors along with all the equipment on the roof. It’s not perfect either, with peeling paint and a cracked window.

Celebrate Back To The Future Day With One Of These...

World's Only Jet Powered Batmobile Is A Up For Grabs

The 1981 DeLorean looks to be in better shape, and it even features a signature from Back to the Future actor Christopher Loyd who played Doc Brown. The flux capacitor is included along with the rest of the movie car’s upgrades. The Batmobile is a bit different than the other two, with custom bodywork and unique interior. However, underneath the cape crusader’s menacing machine is a 1995 Chevy Caprice with a 5.7-liter V8 under the long hood.

Those interested have multiple ways to bid on the cars. The auction will be held at Skipco Auto Auction in Canal Fulton, Ohio, at 9 a.m on Saturday, August 1. Capacity is limited to 120 people to ensure social distancing is possible. However, the auction will simulcast online for those who don’t want to attend in person. Those online Byers will have to register and call the company by July 31 to ensure they have access. Once registered for online bidding, you can set a maximum bid, so you don’t have to participate manually. If you want to see the cars, you’ll have to register with Skipco on the company’s website.

WASHINGTON – The U.S. Marshals are holding an auction in Canal Fulton, Ohio, at 9 a.m. EDT Saturday, Aug. 1, for three replica movie cars from “Back to the Future,” “Ghostbusters” and “Batman.”

The auction will be held at Skipco Auto Auction, 700 Elm Ridge Ave., Canal Fulton, OH 44614. Attendance will be limited inside the facility to 120 people, to allow for social distancing. Face coverings are encouraged for attendees.

The auction will also be simulcast on the web, so people can participate without having to attend in person. Auction participants need to register online and then call Skipco, the contracted auction company, for an access code by July 31, to ensure they will be able to participate. Once registered, they can put in their maximum bids ahead of the auction and not have to manually participate in the live auction unless wanting to go higher than their entered bids.

“These three flashy cars are an example of the ill-gotten gains obtained with the tens of millions of dollars that Ryan Sheridan stole from Medicare, and therefore American taxpayers,” said U.S. Marshal Pete Elliott of the Northern District of Ohio. “The U.S. Marshals routinely sell vehicles, real estate and other assets in order to return proceeds to victims of federal crimes.

The vehicles are being sold pursuant to a forfeiture order in federal case 4:19-cr-00056 in the Northern District of Ohio

To register and for more information/additional photos: Auction website: www.skipco.com

The Department of Justice Asset Forfeiture Program is a key component of the federal government’s law enforcement efforts to combat major criminal activity by disrupting and dismantling illegal enterprises, depriving criminals of the proceeds of illegal activity, deterring crime and restoring property to victims. The U.S. Marshals Service plays a critical role in identifying and evaluating assets that represent the proceeds of crime as well as efficiently managing and selling assets seized and forfeited by DOJ.