London Concours To Celebrate The Golden Era Of Convertibles 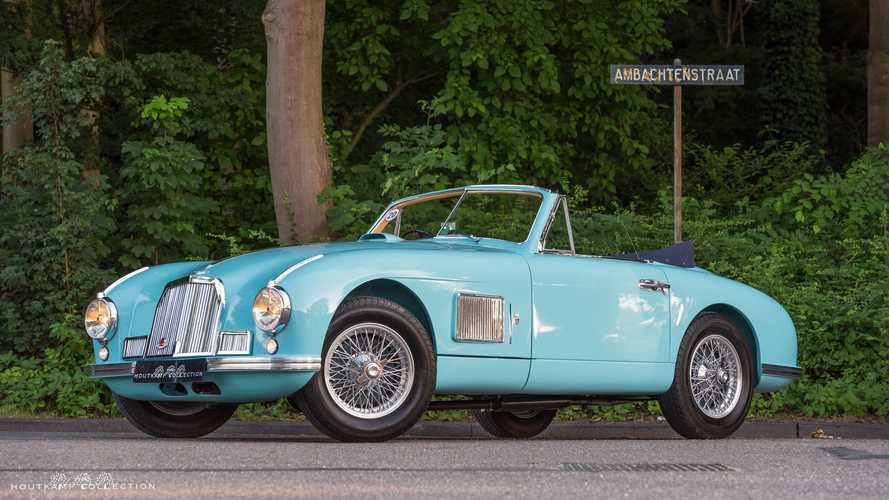 The automotive icons will be on display in August.

This year's London Concours, presented by Montres Breguet, will play host to a collection of some of the most iconic convertible cars ever made.

Special attention will be paid to the 1960s, an era it dubs "the golden era of convertibles," with the spotlight shining on the likes of the Jaguar E-Type, Ferrari 330 GTS, Alfa Romeo Junior Spider, and the Aston Martin DB2.

The event will take place from 19-20 August, making it the UK’s first major automotive event since February and the coronavirus lockdown. Around 100 cars will be gathered for the event, which will take place at the Honourable Artillery Company headquarters in London.

Among the highlights will be:

The DB2 Drophead Coupé on display will be a car that was bought in 1950 by Prince Bertil of Sweden, a good personal friend of David Brown, then owner of Aston Martin and the car's namesake.

Advanced for its day, the DB2 was powered by a twin overhead-cam 2.6-liter straight-six which was nestled in a lightweight tubular chassis.

Only six DB2 DHCs were made in the First Sanction run – identified by a three-piece front grille, bumper strips and side extractor grilles.

The 330 arrived in 1966 as a replacement to the iconic 275 GTS, and was positioned as the most impressive GT in Ferrari's road car lineup at the time.

The car on display at London Concours is an early example, powered by the 3.8-liter XK engine.

A Ferrari for the less-well-heeled, shall we say? The Fiat Dino Spider was basically a reason for Ferrari to homologate its V6 engine for Formula 2 competition. The 0-60 mph dash took just seven seconds and it carried on to a top speed of 130 mph (209 km/h).

Among other dedicated displays at the London Concours will be "The Pursuit of Speed," "Lancia Legends," "Era of the Supercar," "The Speed of Sand," and "The Lost Marques." The Ferrari Dino will also be celebrated with a special feature.

Gallery: London Concours to celebrate the golden era of convertibles

The London Concours has announced its Convertibles: The Golden Era display, gathering the finest soft-tops of the Sixties
Convertible icons like the E-Type, Ferrari 330GTS, Porsche 356 and Aston Martin DB2 will be on the lawn
Hosted at the Honourable Artillery Company HQ from 19-20 August, the London Concours is the capital’s finest automotive garden party
Tickets are available now from https://www.londonconcours.co.uk/tickets
The London Concours, presented by Montres Breguet, will gather a collection of the most beautiful and innovative soft-tops ever, paying special attention to the 1960s. Showcasing the likes of the Jaguar E-Type, Ferrari 330 GTS, Alfa Romeo Junior Spider and Aston Martin DB2, it’s no wonder this class is known as Convertibles: The Golden Era.

Taking place from 19-20 August, the London Concours –  set to be the UK’s first major automotive event since February – will gather these elegant cars and nearly 100 others into the Honourable Artillery Company HQ –  a five-acre oasis of green nestled among the tall buildings of the City of London.

Below are a few of the highlights that will be on the lawn:

With an advanced twin overhead-cam 2.6-litre straight-six and a lightweight tubular chassis, the DB2 was the latest in a lineage of sporting Aston Martins. Designed initially as a coupé, Aston Martin did produce just six DB2 DHCs in the First Sanction run. The First Sanction cars are those with three-piece front grilles, bumper strips and side extractor grilles. The example at London Concours was bought in 1950 by Prince Bertil of Sweden, a good personal friend of David Brown, then owner of Aston Martin.

The replacement to the 275 GTS, the 330 GTS was designed to be an elegant, open-top, V-12 grand tourer for Ferrari’s best customers. In short, it was designed to be the finest open-top automotive experience money could buy. While 598 330 GTCs (the coupé variant) were built in total, only 99 of the 330 GTSs would leave the factory gates by the time GTS production concluded in 1968, making the convertible a real rarity.

The E-Type's looks were sensational, and it quickly became a symbol of the 1960s. Thanks to its unbeatable combination of price and performance, offering a top speed of close to 150mph (241km/h) at little more than £2000, it was an instant success, particularly in the vital American market. The early example on display at London Concours is powered by the 3.8-litre XK engine.

Known as a Ferrari in disguise, the Fiat Dino Spider was powered by the same engine as Ferrari’s Dino. It was a way of homologating the new all-alloy V6 Dino engine to make it eligible for Formula 2 – with Ferrari’s limited production numbers they couldn’t do it alone. This early car was 415th out of the 500 cars needed for homologation and – as all Spiders were – features an elegant body designed by Pininfarina. Acceleration from 0-60mph took just seven seconds and the top speed stood at 130mph.

In total seven curated classes will be on display at the London Concours, including ‘The Pursuit of Speed’, ‘Lancia Legends’, ‘Era of the Supercar’, ‘The Speed of Sand’ and ‘The Lost Marques. A special celebration display of the Ferrari Dino will see 10 examples gathered, each in a different factory-original colour.

The automotive displays will be complemented by pop-up stands from some of the world’s finest luxury brands and motoring retailers. Presenting partner, Montres Breguet, will be showcasing its fine hand-crafted timepieces, Anthony Sinclair – original tailor to Sean Connery’s James Bond – will be displaying some of its latest pieces, while one of Britain’s top hat-makers Yvette Jelfs brings her collection of natural hats, made with traditional millinery techniques.

Specialist automotive businesses like Alpine, Jaguar Classic, Bell Sport & Classic, Foskers, Jensen International Automotive, Footman James and Moss Automotive will be on-hand for all car-buying or owning needs – should the mood strike you.

The London Concours 2020 takes place from 19-20 August. Tickets are available to buy now from www.londonconcours.co.uk/tickets

The full list of cars in Convertibles: The Golden Era is: