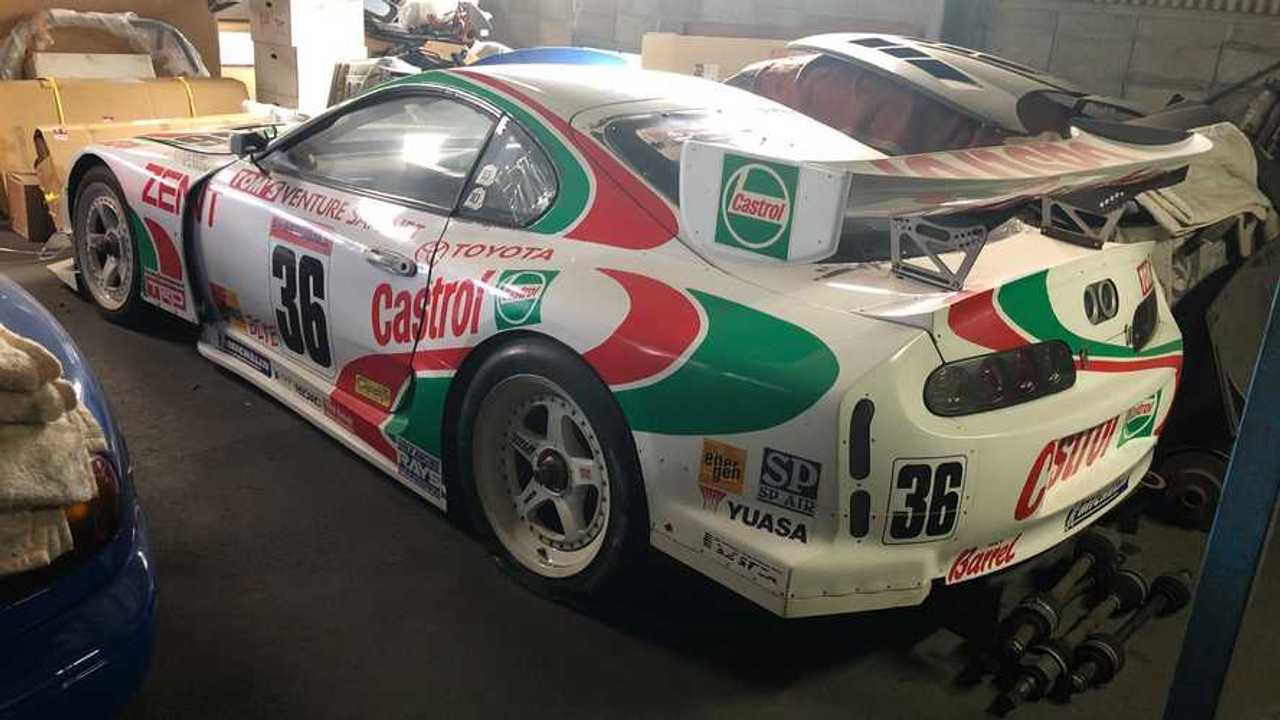 The engine-less race car is undergoing a full restoration by the team that built it more than 20 years ago.

A Toyota Team Castrol TOM’S Racing Supra that competed in the late 1990s in the Japan Grand Touring Car Championship makes for an interesting barn find. Well, not a barn per se, but a warehouse in the Chugoku region of Japan where the iconic race car was found rotting after years of neglect. Carrying the #36 number, the car in question with its desirable livery took part in the 1998 season and was driven by Masanori Sekiya and Norbert Fontana.

While it may look in decent shape from the outside, the harsh reality is the car was discovered without its four-cylinder 3SGTE engine and with plenty of bruises on its body. That suggests it was put away right after a race, and now the car has resurfaced after more than 20 years in need of some serious TLC.

Supra In The News:

To restore the car to its former glory, TOM’s Racing has set up a crowdfunding page on what is considered to be the Japanese equivalent of Kickstarer. The website is called Makuake and there are plenty of options to pick from should you be interested in funding the restoration process. It will take about $94,000 to restore the interior and exterior and make the Toyota Team Castrol TOM’S Racing Supra worthy of attending car shows, while $282,000 are necessary to freshen up the mechanicals and make it drivable.

The ultimate goal is to raise ¥50,000,000 (about $467,700 at current exchange rates) to do a full restoration of the JGTC-spec Supra race car and its hugely desirable green and red Castrol graphics.

Most of us growing up with the Gran Turismo games will probably remember this car, and now everyone is invited to help TOM’s Racing revive the legend. Donations can be as low as $47 or as high as $94,000, with the latter bringing all sorts of benefits: having your name engraved on the ECU, being invited to the reveal event once it’s restored, and renting it for a full day to drive it on a track.

The folks over at Japanese Nostalgic Car have all the details about the rewards donors qualify for, with the smallest donation earning them a silver commemorative sticker and their name listed on the website until the project is completed.