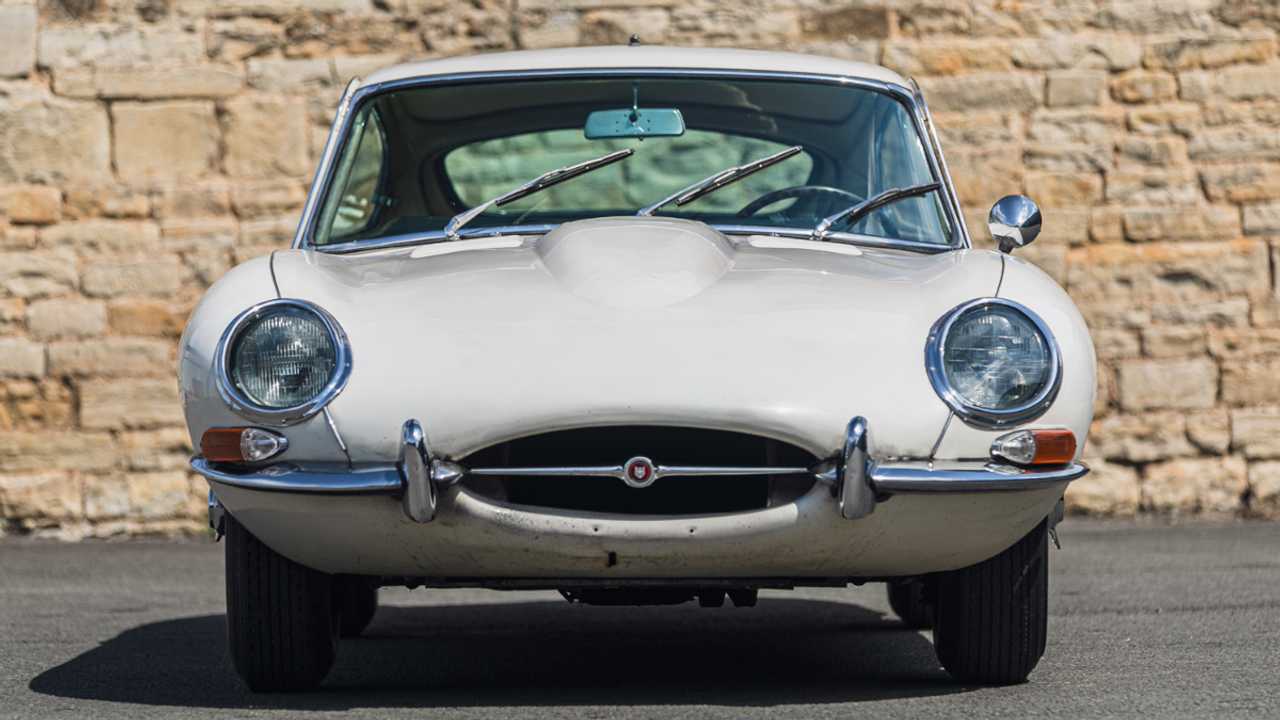 A rare chance to own two perfect early E-Types.

Two of the earliest examples of the legendary Jaguar E-Type are being offered at the Silverstone Classic Live Online Auction on July 31 - August 2 with no reserve.

The pair of 1961 models form part of the SA-30 Collection and both retain all of their original features.

The coupe for sale was purchased by Paul Webb in the 1990s, who was searching for the "holy grail" of a perfect early model E-Type. Chassis 885249 was just the 249th fixed head built, being produced on November 30, 1961. It was originally supplied new to Abbey-Scherer Co, El Monte, California and was still with its original owner when Webb acquired it.

At that time it had covered just 49,000 miles (78,858 kilometers), having been off the road since 1985, and was amazingly preserved thanks to the ideal Californian climate. It also retained its original registration plate and original brake master cylinders with their correct dated tags.

Many Say It's The Most Beautiful Car In The World:

In 1997, the car made its way to the UK where it was retrimmed by Suffolk and Turley, the original beige leather needing to be replaced having been dried out by the Californian heat.

A few years later Webb managed to add a matching roadster model to his collection. The drop-top was manufactured on September 25, 1961, the first month that the car was released to public buyers in the UK.

This particular car was supplied new to an R Condon in Phoenix, Arizona and again was in a remarkably original condition, having only had a light refresh of the exterior paint. It returned to the UK in 2004 where it too got an interior retrim.

The current owner of the pair first saw them in 2004, but didn't acquire the cars for another eight years. They recently underwent restoration work after years in private museums and are now in running and driving condition.

While both have been together for a number of years, both are being sold as separate lots at the upcoming auction.

"These two E-Types are just the best you could possibly ask for. To have the opportunity to own two of the earliest cars in this condition is an extremely rare opportunity," said Nick Whale, Silverstone Auctions managing director

"To own two with the same color bodywork and interior is quite rare and Silverstone Auctions are extremely honored to have been asked to sell them for our client, a well-respected collector."

Gallery: Two of the earliest E-Types up for auction with no reserve

TWO OF THE EARLIEST MATCHING NUMBERS E-TYPES, CHERISHED IN A MUSEUM FOR OVER 20 YEARS, TO BE SOLD AT THE SILVERSTONE CLASSIC LIVE ONLINE AUCTION

Forming part of The SA-30 Collection, the coupe and roadster are both extremely desirable early E-Types retaining all their original features and have been part of two significant private collections for 20 years.

Nick Whale, Silverstone Auctions Managing Director commented: “These two E-Types are just the best you could possibly ask for. To have the opportunity to own two of the earliest cars in this condition is an extremely rare opportunity.”

“To own two with the same colour bodywork and interior is quite rare and Silverstone Auctions are extremely honoured to have been asked to sell them for our client, a well-respected collector.”

For both the enthusiast and the dedicated collector, the desire to obtain the first of the breed and in its most original condition will always be The Holy Grail. However, actually achieving this goal was always going to be an issue as the early cars had serious flaws succumbing to rust and Jaguar often on record stating “it was far better to simply buy the new and improved model than repair an older model.”

The United States became Jaguar’s primary market and this is where almost 90% of E-Type production ended up. However, it was here that the incredibly difficult search to source a totally original first supply suffix chassis number roadster staring ‘875’, was to start. An “875” would be the ultimate vintage for any serious collector.

In the mid-1990s, Paul Webb, a passionate collector who has specialised in dealing with E-Types since the early 1970s, began the search to find the Holy Grail of E-Types. He was ideally placed and in the perfect hunting ground spending many decades of wintering in California and sourcing many E-Types.

He struck lucky when he discovered 885249. This E-Type was the 249th fixed head coupe produced, built on 30th November and supplied new to Abbey-Scherer Co, El Monte, California on 14th December 1961. It was allegedly still with its first owner, having resided in the ultimate climate to amazingly preserve this Jaguar.

This E-Type Coupe had covered just 49,000 miles from new. It had been laid up off the road since 1985; with that Californian dated registration plate still fitted and it even still retained the original brake master cylinders with their correct dated tags. Paul immediately snapped up the car. Literally everything was correct; the early ‘small ellipse’ nose still undamaged and correct separate spot welded louvre panel bonnet, which also retained the original factory stamped numbers almost never seen these days. This was ‘The Car’ – perhaps the ultimate surviving original 1961 E-Type Coupe to exist.

In 1997, Paul imported the car to the UK, to take pride of place within his own private museum, where he commissioned respected experts Suffolk and Turley to retrim the seats in their original colour of beige as the leather had totally dried out in the Californian heat. It then formed part of Paul’s amazing private Jaguar collection.

The search didn’t stop there. The desire to own a matching pair was just too much to resist and Paul continued his search which he widened to include Arizona.

In the early 2000’s, Paul struck lucky again and discovered his matching car – the complete twin to his coupe., right down to the interior colour.

This roadster was manufactured on 25th September 1961 – the first month an E-Type would be released to any public buyers in the UK and was supplied new to an R Condon in Phoenix, Arizona – as confirmed by the Jaguar Heritage build sheet and dispatched there on 12th October 1961.

This car too retained all its original features and panels and amazingly both this car and the coupe had received just one ‘outside only’ refresh of colour, so all the door shuts and engine bay still kept all of their factory-applied original paint. The bonnet also retains the original factory stamps.

In 2004 the E-Type Roadster returned to the UK where the interior was treated to the same level of attention by Suffolk and Turley. It also received a new mohair soft top at the same time and appears to have travelled just 74,414 miles from new.

In 2004 the current vendor got the opportunity to see the matching pair but took eight years before he managed to acquire the pair for his own significant collection.

Both cars have been recently recommissioned to fully running and driving condition after decades of museum preservation, but the braking systems on both will need attention before returning to the roads.

Being sold as two separate Lots, this is quite possibly the only opportunity to own an important matching pair of E-Types from the earliest date of production which are also being offered at No Reserve.

Silverstone Auctions welcome enquiries from seriously interested parties and are happy to arrange appointments to view. They can be contacted on 01926 691141 or email enquiries@silverstoneauctions.com and would be happy to talk with you about them or other cars offered in their sale.