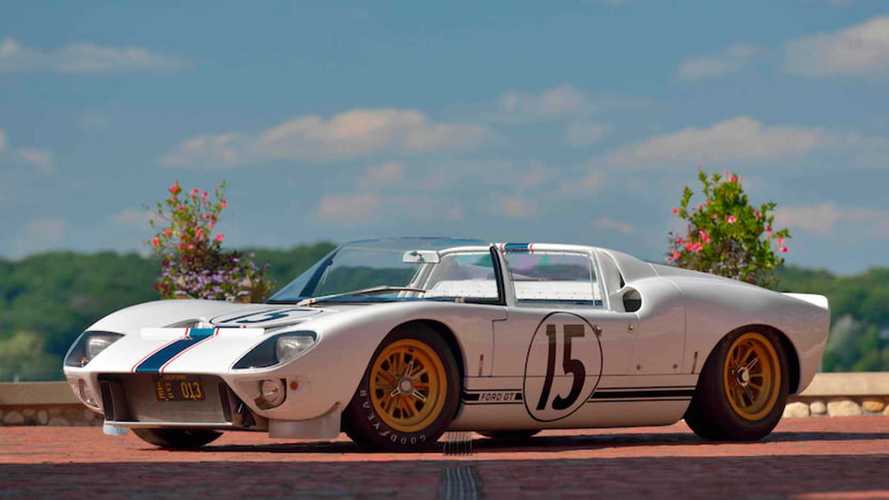 The upcoming Mecum Auction’s sale from July 10th to 18th is shaping up to be quite fantastic. Some of the featured cars include a 1965 Shelby GT350R Prototype, a Chevrolet Corvette L88 Convertible, a Ferrari 275 GTB/4 Berlinetta, and this - the only open-cockpit GT to ever compete in the “24 Hours of Le Mans.”

The car you see in the gallery below is one of only five Ford GT Roadster prototypes built by Ford Advanced Vehicles in England. This particular example is one of two surviving cars today, and it’s the sole open-top race car to compete in the endurance race. Talk about rarity!

The car was piloted by French racers Maurice Trintignant and Guy Ligier and is “a forerunner to all of the glory that Ford garnered in its historic run to four consecutive overall victories at the 24 Hours of Le Mans from 1966 through 1969,” according to the auction’s description. After being raced and rebuilt several times, the prototype was eventually purchased by Ford and Carroll Shelby before going to the hands of Dean Jefferies in 1968.

Fast forward to 2013, the race car was bought by Dana Mecum from Jeffries’ son. Shortly after that, he commissioned “a complete concours-quality restoration” to its original Le Mans configuration and condition. The process was finished in 2016 when the car was displayed at the Pebble Beach Concours d’Elegance and grabbed second place in its class, losing only to 1966 Le Mans winner.

And the price? According to Mecum’s estimations, this rare Ford GT should sell for no less than $7.5 million. But we won’t be surprised if it surpasses the $10-million mark.