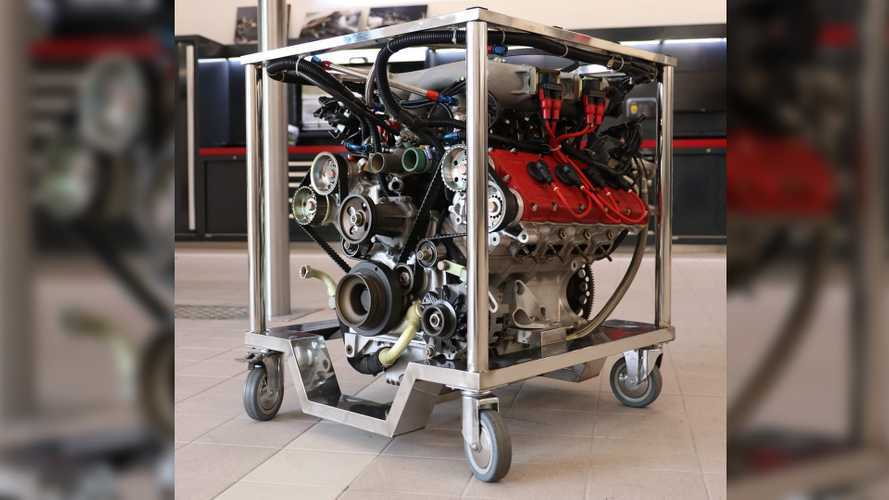 Bidding ends for the very rare engine on July 3.

Embracing the great cars of yesterday is what AutoClassics is all about. On special occasions, that includes engines of great cars. We suspect you’ll agree that few engines are as special as the 2.9-liter, twin-turbocharged V8 from the Ferrari F40. It’s not every day you see the epic supercar come up for auction, but seeing just the engine might be even rarer.

That’s exactly what we have here. This F40 engine is currently offered for auction at collectingcars.com, and as of this article posting the bid is at £22,500 with three days still to go. It’s located in Denmark’s capital city of Copenhagen, and it’s said to be in very good condition. The auction includes the engine as pictured above, along with its exhaust manifolds and intercoolers. There is no mention of the turbochargers.

The Answer Is Always F40:

According to the auction listing, the engine has a very interesting story. It wasn’t pulled from an existing production F40. Rather, it was an extra engine that ultimately went to a Japanese racing team that used it for testing purposes. In that role, it’s said to have accumulated less than 1,000 kilometers (621.3 miles). Racing teams seldom go easy on engines, but this one doesn’t appear any the worse for wear.

After that testing stint, the engine was pulled from the race car and reportedly went unused from that point on. It’s been sitting 25 years but being an F40 engine, it wasn't relegated to the back of some shed like an old Chevy 350 V8. That said, the auction advised the engine would need a major service should the new owner decide to put it to use. And there will be a new owner, as this engine is listed with no reserve so when the virtual hammer drops on Friday, it will be destined for a new home.

Anyone care to drop some guesses as to how much this exceedingly rare engine will sell for?