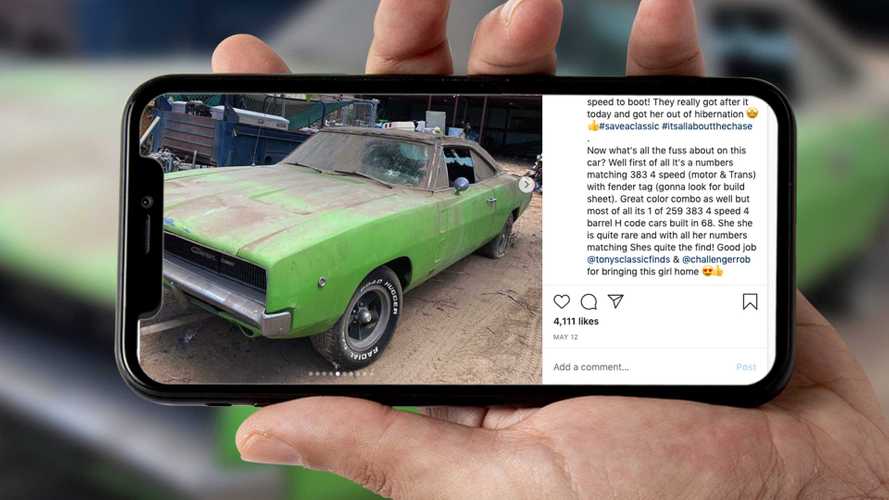 Just 259 with this powertrain combo were allegedly built.

Few cars embody the original American muscle car era like the classic Dodge Charger. It was cool when new, and as the years turned into decades it became a straight-up legend. Finding any second-generation 1968-1970 model in decent condition is something special, but this particular Charger is a bit more special than most.

Classic car buffs love rare vehicles, and according to mopars5150 on Instagram, this is one of just 259 Chargers built with a 383 cubic-inch (6.3-liter) V8 engine and a four-speed manual transmission. That’s definitely a desirable combo, but it’s even sweeter because this car reportedly still has its original engine/transmission in place. Yes, it’s a matching-numbers Mopar with the fender tag still in place, indicating its also an original H-code car with a four-barrel carburetor.

The post also mentions the Charger has a “great color combo” which obviously shows up green in the photos. Looking at the fender tag featured in the Instagram post, however, we see the exterior color code is QQ1. If our Mopar history is accurate, that’s actually Bright Blue Metallic, so it seems not all is original on this classic Charger. The bright green certainly is fitting, but swapping back to original paint isn’t a big deal during a full restoration.

Whether or not a full restoration is in store remains to be seen. The Instagram post shows the car getting resurrected from a yard and loaded onto a flatbed for transport. It seems destined to be saved by someone, if not these classic car finders then a gearhead looking for a rare numbers-matching Charger, and we know there are plenty of such folks out there.

Oftentimes barn finds end up with the car being discovered in terrible condition, or stuck with a stubborn owner who will neither sell nor save it. This old Charger doesn’t look too bad as-is, and we suspect this story will ultimately have a very happy ending.