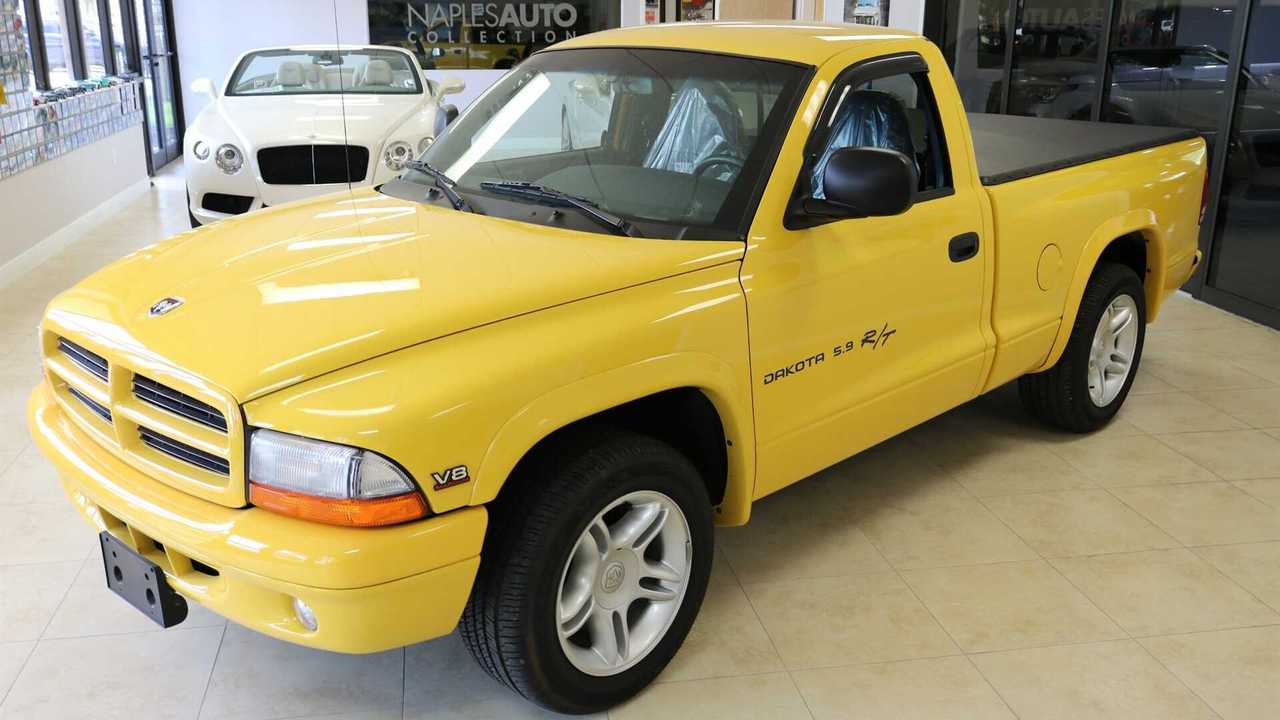 The sports trucks have barely been driven, with one of them showing just 1,314 miles on the odometer.

True sports trucks are unfortunately few and far between nowadays, but they were quite popular in the 1990s. From the Ford F-150 SVT Lightning to the GMC Syclone, those shopping for a tail-happy performance truck were spoiled for choice back in the day. Another relevant example from that era was the Dodge Dakota Sport with the R/T package introduced in 1998 and sold until 2003.

A spiritual successor of the Little Red Truck, the Dakota Sport R/T was the only V8-powered compact truck in its class when it was introduced. There’s a dealer in Florida selling not one, but two pristine examples of the rear-wheel-drive sports truck, complete with a 5.9-liter V8 Magnum engine rated at 250 horsepower and 345 pound-feet (468 Newton-meters) of torque. The output is channeled to the rear axle through a four-speed automatic transmission.

See Other Sports Trucks Of Yesteryear:

Lightning Vs SRT-10: Which Super Truck Would You Choose?

Both carry a price tag of $29,995 and have barely been driven, with the yellow example showing merely 1,344 miles (2,162 kilometers) on the odometer whereas the red one has 2,732 miles (4,396 kilometers) on the clock. As with all Dakota Sport R/Ts built by Dodge, these two have a 6.5-foot box and sit lower to the ground by two inches compared to the standard model. Both cars up for grabs at Naples Auto Collection come in a Regular Cab flavor, but Dodge also sold the Dakota Sport R/T in an extended Club Cab as well.

With a 0 to 60 mph (96 km/h) time in 6.9 seconds and a quarter-mile run in a little over 15 seconds, the sports truck with its big engine RWD layout combo was a real hoot. The respectable performance was possible in part to the beefy V8 but also due to the truck’s relatively low weight of less than 4,000 pounds (1,814 kilograms).

These two time capsules are certainly not cheap, but the hefty price tag is understandable to some extent given the low miles and the as new condition.