'Into The Wild' Bus Gets Airlifted Out Of Alaskan Wilderness 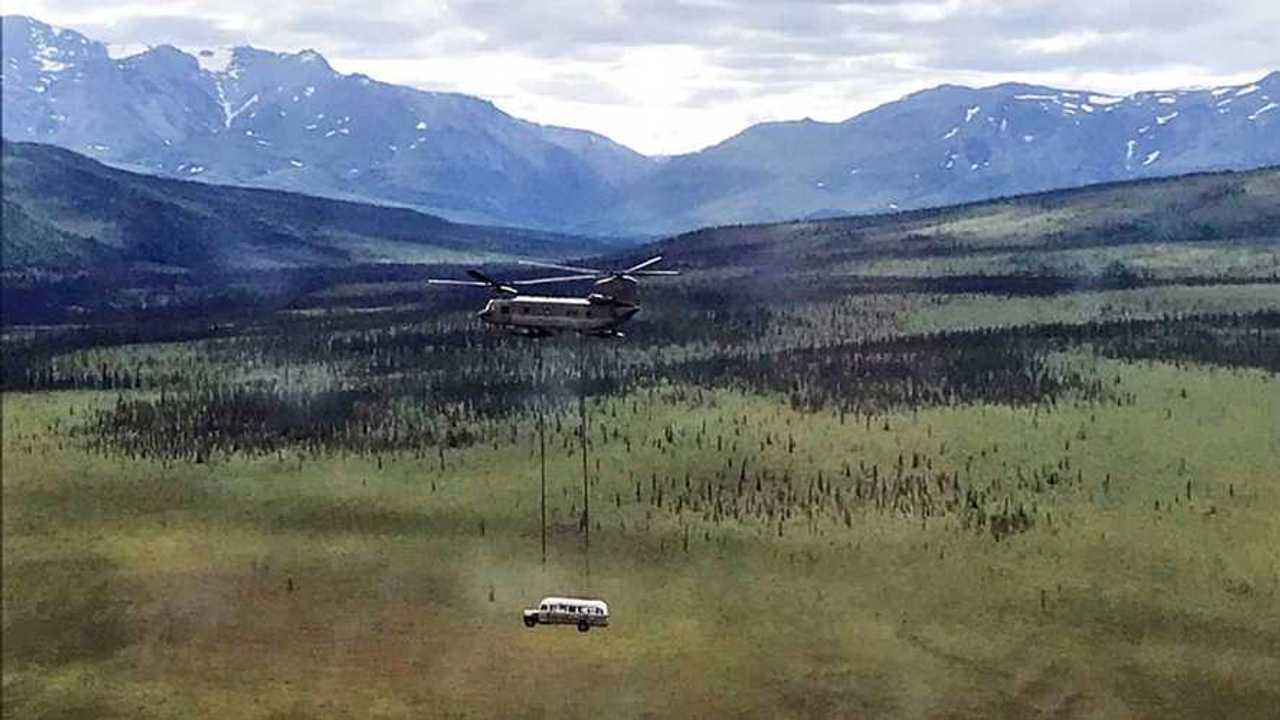 A plan to save lives.

The 2007 movie ‘Into The Wild’ details the journey and eventual demise of Virginia born Christopher McCandless who hiked into the Alaskan wilderness only to be trapped by the swollen Teklanika River. This impactful story was documented in McCandless diary, a book written by Jon Krakauer, and Sean Penn’s movie ‘Into The Wild’. This story has inspired many tourists to retrace the steps taken by McCandless only to meet similar fates. To curb interest of tourists to take this perilous journey, the Alaskan National Guard elected to remove the bus featured in McCandless’s story according to an article in the Star Tribune.

Pilgrimages to the fabled bus have claimed the lives of hikers and caused others to experience precarious life or death situations resulting in dangerous rescue missions. The constant danger that claimed the life of McCandless remains to this day, which prompted the decision to remove the bus.

The bus is a 1940s era bus that was originally used to house construction workers who were building an access road nearby. Since then, the bus was a known point of shelter for stranded hikers and hunters in need of a place to stay and survive the tough Alaskan landscape. This is where McCandless found himself during his perilous journey.

To move an abandoned bus from deep within the Alaskan wilderness is a complicated operation. You cannot drive a tow truck up to retrieve it. Instead, a CH-47 Chinook helicopter was sent to airlift the bus to an undisclosed location.

Volkstream Bus Conversion Is All Party In The Back

The National Guard plans to move the bus to a safer location for tourists to view it and remember the lives of those it has impacted. This move has seen a flood of emotions for those familiar with the bus and shows how important this unique landmark is.