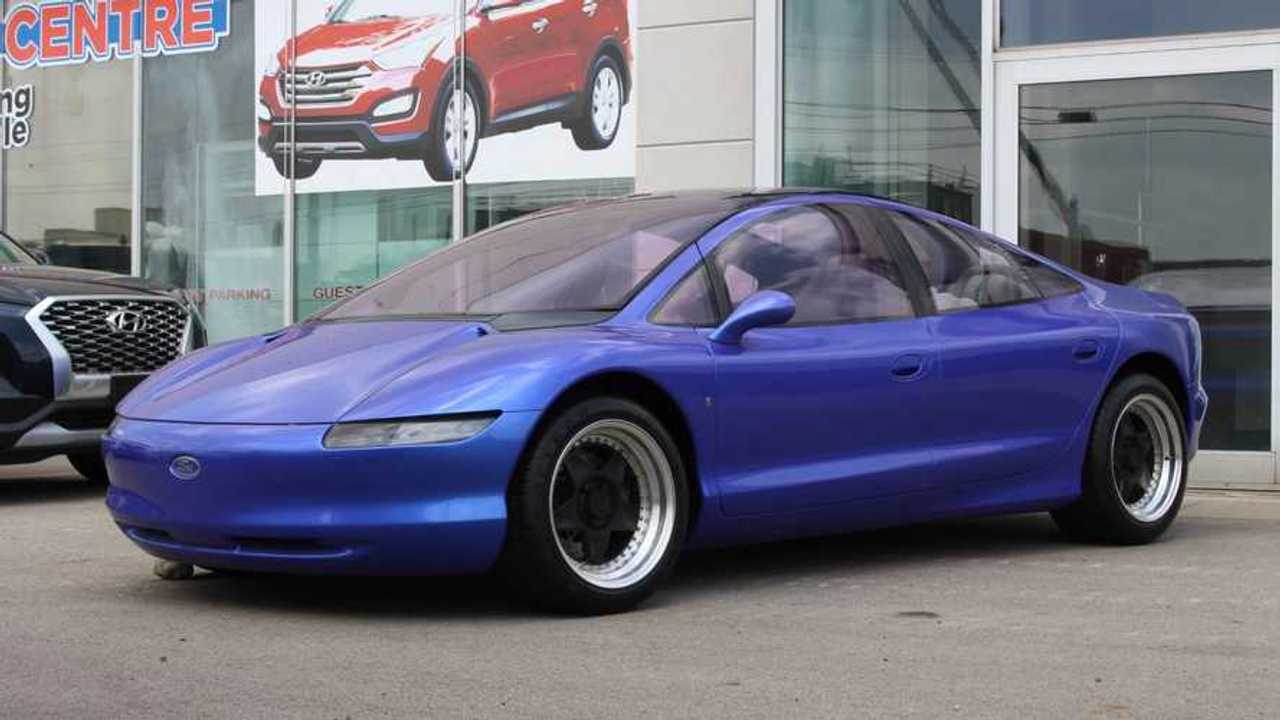 Here's your chance to buy an actual concept car, and it could go cheap.

It’s not every day one gets the opportunity to buy a legit concept car. As of this article posting on June 12, that opportunity exists at Bring a Trailer and with a current bid price of just $1,700, it’s a unique car that could be within reach of just about anyone. Even more tantalizing is the fact that this car was designed by a team including Ian Callum, noted designer who had a hand in various Jaguar and Aston Martin production vehicles. There is a minor catch, however, which we’ll talk about in a bit.

It’s called the Ford Via Concept, built by Ghia in 1989 and revealed at the 1990 Chicago Auto Show. Its design language is very on-par with Ford’s direction at the time, with an unmistakable likeness to the second-generation Ford Probe seen in the front fascia. Being a concept car, it has concept items like photo-sensitive glass panels in the roof that can darken in bright sunlight. Dual aircraft-style fuel-filler caps are located at the rear, and it features an active rear spoiler that may or may not actually be an active feature, based on the auction description.

The interior is also very concept-like with a smooth, two-tone, minimalist dash adorned with faux climate control switches. The gauges are also mock-ups, and the manual transmission lever nixes a typical boot for what looks like a plastic cover. The Via is designed to be a four-seater, but access to the greenhouse is only available through the doors on the driver side. The passenger doors, like the gauges and climate control switches, are non-functional.

That brings us to the aforementioned minor catch, which could be a major one for some people. Though conceived as a car packing a turbocharged V8 engine, the Via Concept is just a display piece. The car has no powertrain; even the steering wheel is just for show with no connection to the front wheels. And since we know what some of you are thinking, it’s not clear if the car even has provisions to hold an engine or transmission. In short, this concept car looks cool, and it’s definitely a neat piece of Ford history. But it’s strictly a static vehicle for display purposes only.

According to the auction description, the current seller acquired the car from Ford in 2002 when the automaker sold some of its concept cars. The BaT auction is scheduled to end on June 15.