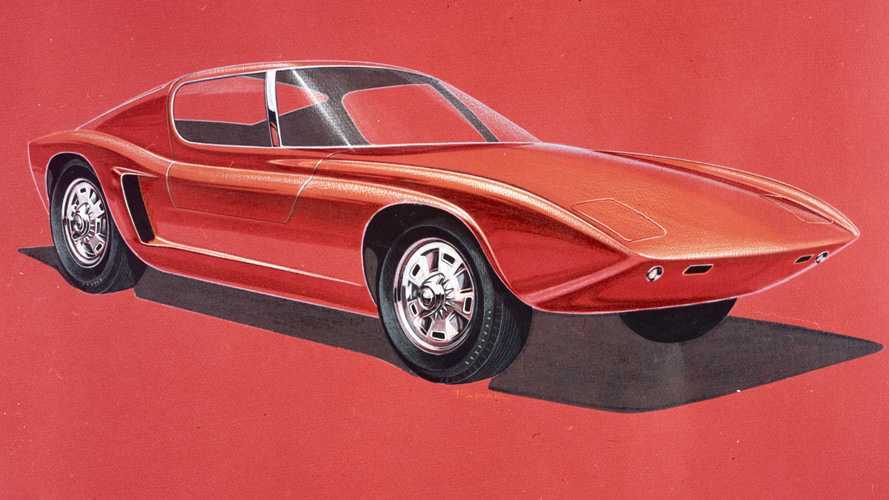 While digging through its archives, Ford Performance stumbled upon what it believes are some of the earliest design sketches of the original GT40. These were drawn on June 11, 1963 or less than a month after the press release issued by the company regarding the failed acquisition of Ferrari. With Enzo backing out of the deal at the very last minute, the Blue Oval decided to build its own sports car, thus the GT40 was born.

To make it happen, Ford created the High Performance and Special Models Operation Unit with the sole purpose of developing a "racing GT car that will have the potential to compete successfully in major road races such as Sebring and Le Mans.” Initial design concepts of the GT40 were included in the GT Program book that was sent internally on June 12 or a day after these sketches were drawn up.

Race To This GT40 MKI With Gulf Livery

Watch A Ford GT40 Mk I Run Around A Track

Ford Performance followed up on its tweet with a photograph of the very first GT40 clay model the company made only a week after the sketches. The people involved in the project had about 10 months to get ready for the 1964 24 Hours of Le Mans, with the first order of business to lower the car’s height by two inches to just 40 inches, hence the model’s name.

As gorgeous as the original design was, McLaren development drivers ran into issues maintaining control of the race car at high speeds, therefore requiring some aero work to make it more stable. Installing a rear spoiler was among the changes to the bodywork needed to make it competitive for the 1964 season. However, reliability was the GT40’s Achilles’ heel that year, with all three Ford race cars out of the Le Mans race after only 12 hours.

Ford got back to work for the 1965 season and used a computer and the wind tunnel to perfect the car’s body, gaining as much as 79 horsepower after rearranging the ducting to optimize airflow. Wider magnesium wheels were fitted instead of the wire-spoke set, while aluminum and steel were replaced with fiberglass to shave off weight.

In total, more than 100 changes were made that year to the car, but it wasn’t until 1966 when the GT40 managed to make history by finally beating Ferrari after countless other tweaks. The body was further optimized in the wind tunnel with a short-nose configuration that increased top speed by 8 mph (at 204.54 mph), while the fuel system and brakes were upgraded as well.

Just about everyone knows the outcome of the 1966 Le Mans race, but it’s nice to see where it all began – with a design sketch and a clay model just three years before.