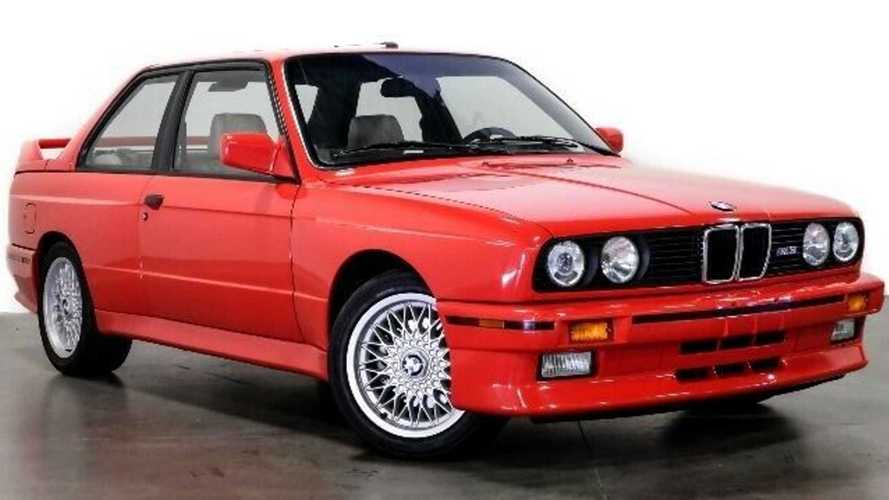 To answer your first question - no, most likely, we’ll never stop writing about the BMW M3 (E30). It is still - and will probably always be - the ultimate driving machine (if we have to use BMW language) for Bimmer enthusiasts around the world. Fast, balanced, good-looking, and very well-engineered - this is everything a sports car needs to be.

And today’s E30 is a bit special. It was previously owned by Paul Walker and it was a part of his personal car collection. It’s an absolutely mint example with original paint, spotless interior, and several cool upgrades. No wonder though - it has covered only 13,248 miles since new.

The ad for the car says it currently features original BMW Hella headlights from the European version of the car. There’s also a set of 16x7.5 Evo wheels but the stock 15-inchers plus the factory headlights are still available as an alternative if the buyer wants them.

“The car drives very tight. Everything is in pristine condition. It drives just as the mileage shows. Great investment, this car has not shown a sign of age,” the ad also says.

We’ve seen plenty of M3s for sale, especially from the E30 generation. This one could be the best of them all, however, as it really seems to be in a brand new condition. Add to that the fact that it was owned by car enthusiast Walker and it could easily end up as the ultimate M3 (E30) for sale right now.

You won’t expect such a gem to be cheap, right? The seller, Reserve Auto Group, currently wants $149,980 for it - and to be absolutely honest, this seems like a fair price. Maybe you can get a deal for a few thousands less but $145,000 is the lowest we can imagine it would sell for.