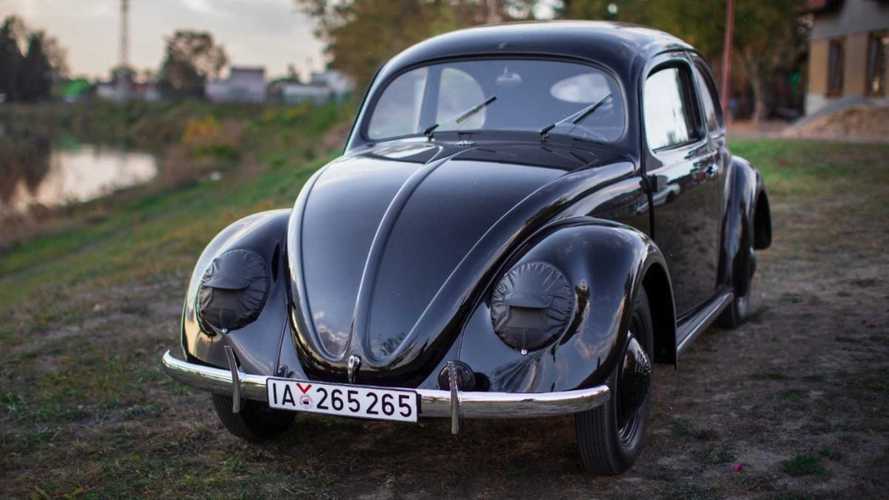 When Ondrej Brom purchased an old Volkswagen Beetle rotting underneath a tree, he had no idea it was the oldest surviving production example

While the Volkswagen Beetle can’t escape a complex and disturbing origin story, the humble Bug defined a generation of peace-loving youths and spawned one of Disney’s greatest franchises; Herbie. Yet, it’s the eerie connections to fascist Germany that radiates strong fascination around early models.

For collectors and those hell-bent on history, finding an early Beetle takes time. There aren’t many out there, yet one enthusiast (of Beetles, not fascism) stumbled across an incredibly special example indeed. Ondrej Brom has only gone and restored the oldest surviving production example known to exist – chassis number twenty out of an eventual 21 million.

Technically, it’s a 1941 KdF-wagen Type 60, for the Volkswagen name didn’t come along until after World War II, but the vehicle boasts the same shape and hallmarks most petrolheads have come to adore. Originally gifted to famous Berlin composer Paul Lincke two years after Britain declared war on Germany, Ondrej discovered the vehicle in a sorry state back in 1988.

“I was a student and I noticed this car under a giant tree, with a layer of clay halfway up its wheels” he told Heritage Parts Centre. “It belonged to a friend of my brother.”

It took a further nine years before Brom could get his hands on the Type 60, snapping the car up the very moment it came up for sale, but he couldn't meet the asking price straight away.

This wasn’t Ondrej’s first step into the world of Volkswagens, however. He had owned four Beetles previously yet remained unaware of the history lurking beneath the layers of patina paint. With a bit of Volkswagen knowledge under his belt, Ondrej developed a hunch that the Beetle was in fact a KdF era machine, yet it took extreme lengths to prove it.

After painstaking paint removal, X-rays and spraying the vehicle with police-issue chemicals, a chassis number was eventually discovered stamped beneath layers of patchy rust, scored panels and flaking paint. There it was: chassis #20.

While a restoration project was started at home, Polish renovator Jacek Krajewski entered the picture in 2012 to ensure the vehicle received the care it deserved. After an entire nut-and-bot rebuild, the Type 60 now boasts period-correct aesthetics and rude health.

Don't think about enquiring after an asking price though, as the Type 60 won't be coming up for sale anytime soon. Brom is rightfully keeping a hold of the vehicle for some time yet. But would he do anything differently if KdF #19 was found in a field tomorrow?

'This is a question I have never thought about before, but the answer is pretty simple. I would do everything exactly the same, the only difference being that I would now know who to talk to. Jacek would do the renovation and everything would be solved.'