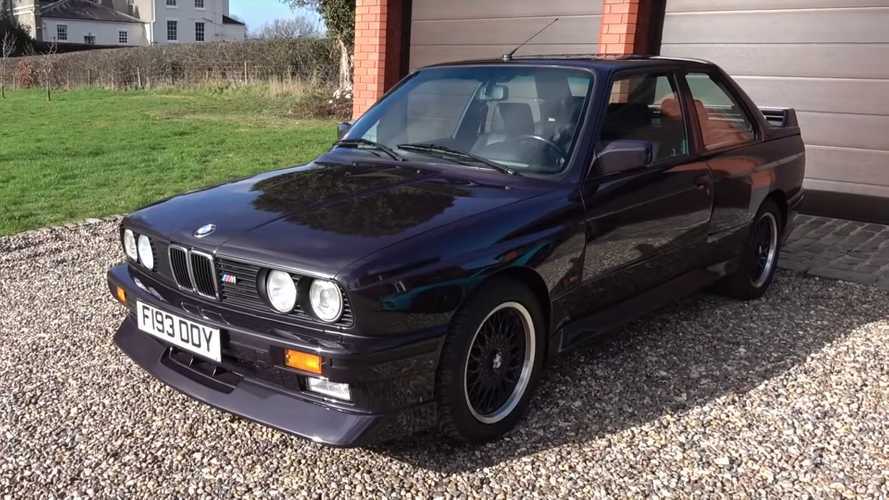 YouTuber Mr JWW drives the one of 505 E30 M3 Johnny Cecotto Limited Editions. Is it the greatest M3 ever?

The E30 BMW M3 is a living legend in the automotive world, with almost every petrolhead adoring what is regarded as the special edition M car. Its immediately recognisable boxy coupé 1980s profile was a means for BMW to homologate its touring car racer of the time. There's an even more desirable special derivative than the initial motorsport focused special, and that is the Johnny Cecotto Limited Edition.

YouTuber Mr JWW procured one of these very rare limited edition cars to find out what the fuss is all about. A walk around the car details the widened track, substantial front splitter, and protruding rear wing. However the Johnny Cecotto cars were further enhanced.

The model is named after BMW touring car star, world champion motorcyclist and Formula 1 driver Johnny Cecotto. Far from a cynical marketing exercise, just 505 of these special M3s were built with a more powerful 2.3-liter engine. Thinner glass helped reduce weight while more aggressive Evo II front and rear spoilers created added stability at speed. These changes were all made with motorsport in mind.

On the road JWW remarks that 215-horsepower isn’t all that much these days, but this car was never all about the power. The analogue machine appears to be a joy to drive with the person behind the wheel bonding with the car far more than its modern-day counterpart. Its ability to supply easy heal-toe changes highlights what a driver-focused model the E30 M3 is.

"215hp. Yes, it’s not exactly packing a punch, however, this car is all about power-to-weight. Because even with fuel, a full tank of fuel, this car was coming in at 1200kg" exclaimed Mr JWW.

Today a modern M3 weighs over 1600kg, making this E30 light on its feet. Its agility combined with the car’s aforementioned tactile feel is what makes it so popular amongst keen drivers. Jamiroquai frontman Jay Kay recently sold his example at a Silverstone Auction for £85,500 or around $113,000.

Check out the video to see this Johnny Cecotto E30 M3 in action.

Why BMW's 2002 Turbo Should Be Considered The M-Division Daddy