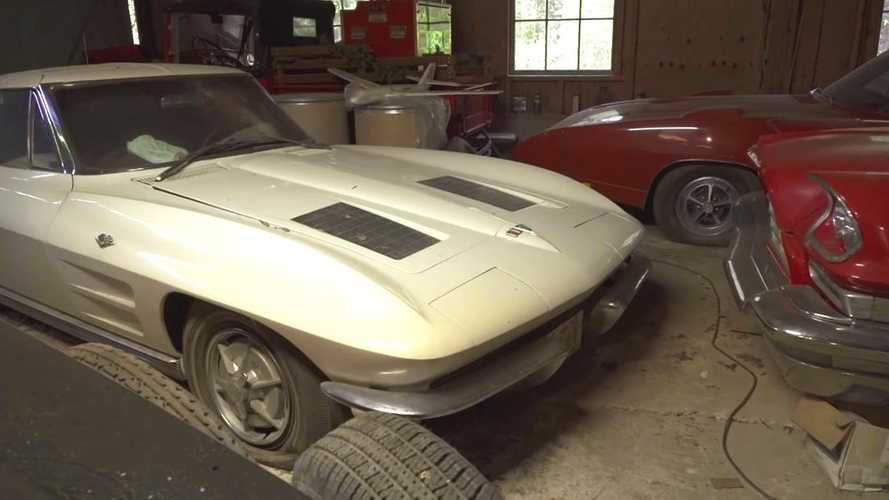 There are barn finds, and then there’s this. Down an unmarked, unpaved road in America lurks a collection of classic vehicles the likes of which you’ve never seen before.

Meet Billy Eubanks. He’s spent 50 years collecting an incredible number of vehicles, but not for financial benefit. Instead, he's gradually built up a throng of iconic machines because of an automotive obsession.

The cars in storage remain seriously impressive. When Hagerty's Barn Find Hunter Tom Cotter recently paid the collection a visit, even his jaw had to be picked up off the floor. Each one of Billy’s classics were restored upon purchase, but they are now sitting in buildings, as Tom puts it, ‘kind of unrestoring themselves’.

Ex-Beatles Mercedes 500 SEL AMG is your ticket to ride

The assortment includes a number of Dodge Daytonas, a Plymouth Superbird, several big block Chevys, various Ford Thunderbirds, and even an L82 Corvette with less than 10 miles on the odometer.

Digging further into the collection reveals a DeTomaso Pantera, 1929 Stutz, 1940 Lincoln Continental and 440 six-pack Dodge Charger RT. Not enough for you? How about a 1969 Ford Torino Talladega, Mercury Cyclone Dan Gurney Special and 1957 Chevry Nomad? There are all here in one place!

It's not all about American cars, though. Moving between storage areas, there’s a barn dedicated purely to Jaguars, with an XK140, E-type V12 and MKII saloon under one roof. There's also an original XK120. However, Billy’s personal favourite appears to be his cosseted white Chevrolet Corvette.

‘I was working at the Chevrolet dealership and this Corvette got traded in. It got stolen one time. Mama drove it to work one night and she didn’t get the [immobilizer] switch cut off right and somebody stole it,' Billy explains.

‘It upset me so bad that I prayed to the Lord that he’d give it back to me by the weekend or give me the understanding to handle the problem. It worried me to death. But that Friday night, the law from the nearby town said he had a Corvette racer. They had got it out in the woods.’

Police had struggled to catch the Corvette, pointing out that ‘it didn’t half run’, and although it was visually unblemished after the pursuit, not all was well under the bonnet. Thieves has tried to perform several burnouts and the engine appeared damaged.

‘The thieves had jerked it so hard they pulled three spark plug wires off the left side when it broke the motor mount. I drove it home on five cylinders. I didn’t know why it was driving like that, I was just tickled to get it back.’

Don't think these are up for sale though. They aren't going anywhere. Billy is keen to protect them and the collection is strictly private, meaning that Hagerty's invite to view the Eubanks estate was a totally unique offer.