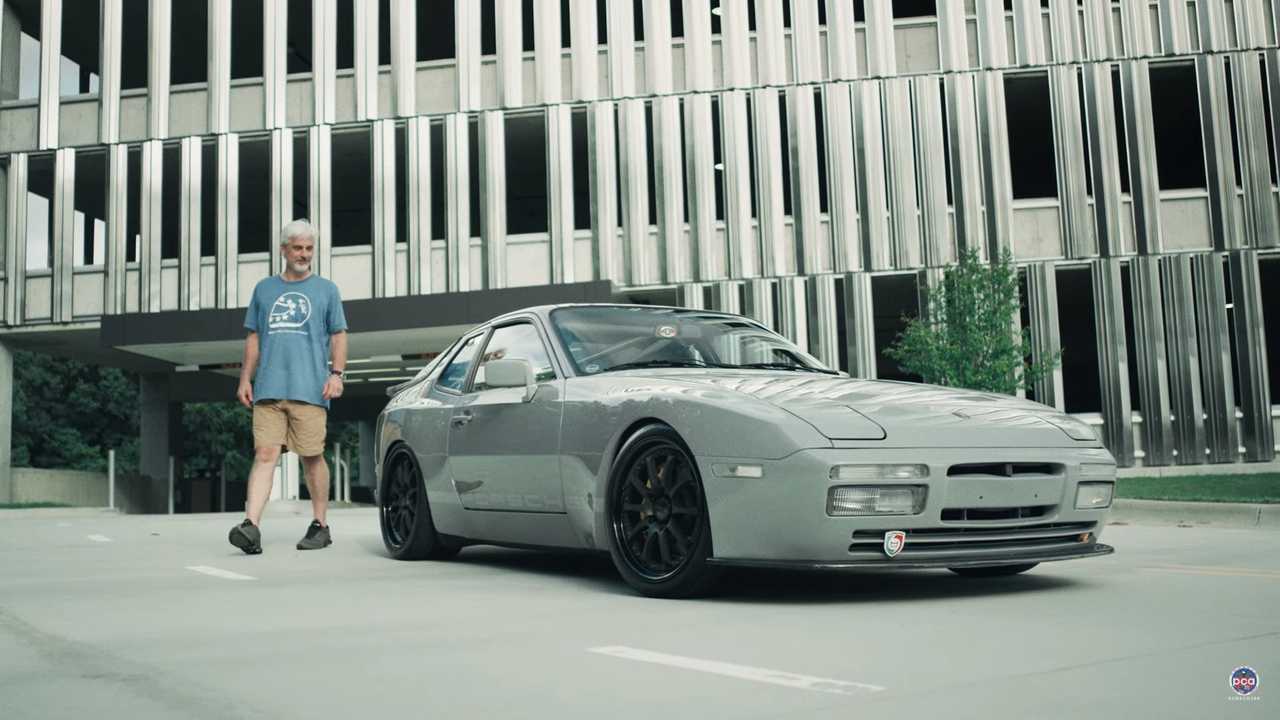 Would you spend $200,000 modifying Porsche's entry-level model from the late 1980s? Two owners of this 944 have – and they've created a restomod monster.

Ask any elitist car fan which members of the Porsche lineage aren’t deserving of the badge and they’ll probably give you two examples: the VW-derived 914 and the 924 along with its successors, the 944 and 968. They wrongly turn their noses up at the thought of a non-911 Porsche.

Porsche Club of America member Steve Bastian has more than one air-cooled, rear-engined Porsche in his collection. But he also has a 944, one that’s barely recognizable from the Porsche 944 Turbo that left the factory in 1989. After more than $200,000 spent modifying it, he’s created the ultimate 944 ‘RS’.

‘A RennSport tag on a 944? You must be joking!’ would scream our aforementioned narrow-minded friend. But the amount of modification, not just in financial value but the sheer quality of craftsmanship, is genuinely incredible.

Despite packing an inline-four motor, Porsche’s turbocharged variant of the 944 engine was already putting out 220 bhp when rolling out of the factory, an impressive figure for the time and also given its 2.5-liter displacement.

Before passing into Bastian’s ownership, the previous owner had the engine rebored to 2.7-liters. Out went the stock turbocharger too, replaced with a Lindsey Racing Series 61 turbo that, combined with the rebored cylinders, now means this 944 ‘RS’ cranks out over 400bhp.

Not satisfied with simply tinkering with the engine, the owner prior to Bastian had bolted in a nitrous oxide system. After the car’s second pass at restoration, the first in Bastian’s ownership, it’s now been relocated to the back, located under the glass-topped trunk for all to see – ‘a great conversation starter’, he points out, even though it’s currently empty.

Get A 944 While They're Affordable:

That extra power needs better-specced parts elsewhere to get it down on the road and usable. New 993-generation 911 Turbo-spec brakes were equipped, as well as a transmission from its 968 successor, plus a racing suspension with the torsion bars chucked out and full coil-overs in their place. Those changes have provided much more responsive feedback – but it's still a compliant and comfortable enough ride to use as a daily driver.

Said restoration also included a bare-metal rebuild of the panels, with color-coded Porsche stripes on the doors and a black ‘Turbo’ logo on the rear part of its new paintwork rather than decaled-on retroactively.

Throw in a full reupholstering too and no wonder its lifetime aftermarket spend has hit the $200,000 mark. That spend doesn’t faze Bastian though, who couldn’t care less about the 944’s potential resale value.

‘Money’s money. But the great thing about it is I know I won’t get the money out of it. I don’t ever plan on selling it. It’ll be something I give to one of my sons.’

That’s one more classic car fan who knows Porsche doesn’t start and end with 911, then. And all the better for it.