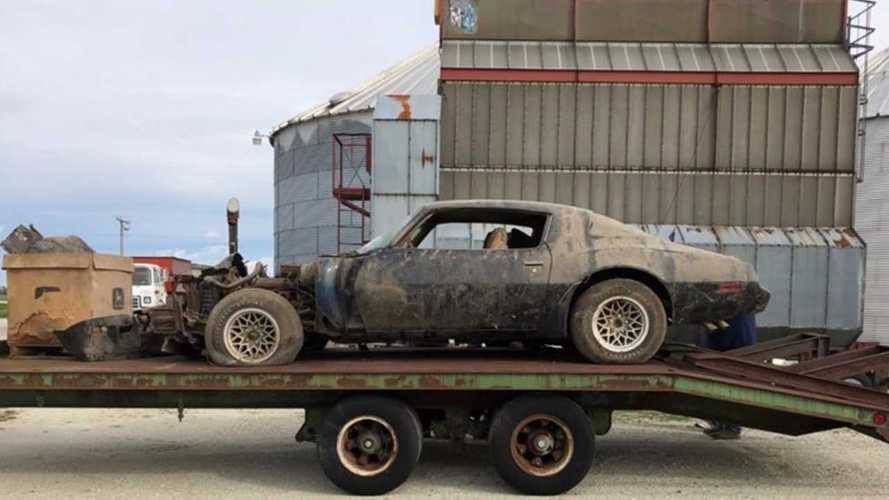 Although nobody could envision that 1980’s The Hunter would prove to be Steve McQueen’s final motion picture, the fictionalized account of real-life bounty hunter Ralph ‘Papa’ Thorson boasted McQueen's trademark automotive carnage – albeit it with one major difference.

While Bullitt cemented McQueen in place as a driving god, The Hunter found Americana’s King of Cool playing against type; a hopeless driver with no penchant for cars. Portraying a character who, in reality, had captured more than 5000 bail jumpers, it was McQueen himself who proposed ditching his famous car racing abilities – instead torturing a rented 1979 Pontiac Trans Am.

How To Register An Imported Car In The UK

A total of six new Pontiac cars were provided for filming. Two of these vehicles were 1979 model year Trans Ams, although the car’s shared onscreen action found both destroyed – or so urban legend had us believe.

Almost four decades after The Hunter hit cinemas on August 1, 1980, one of the two Trans Ams – ultimately the sole survivor – was recently been pulled from a barn in Illinois, with new owner Calvin Riggs, owner of Carlyle Motors, now seeking additional information on the Pontiac from former members of the cast and crew.

Unlike Bullitt's 1968 Ford Mustang Fastback, Thorson’s rented Trans Am is ancillary to the plot; stolen by a protagonist and blown apart with dynamite. Sadly, as the first Trans Am explosion wasn’t spectacular enough for the film’s producer, the second car had to be butchered and sacrificed.

Production attracted no end of local curiosity, including one farmer by the name of Harold McQueen (no relation). Becoming a regular on set, when transportation was required to haul Pontiacs around, Harold offered to volunteer. Once the vehicles were totalled, Harold was then tasked with shipping the vehicular remains away on his flatbed truck.

As payment for his efforts, Paramount Pictures gave Harold the title deeds for the first Trans Am effectively ruined by Hunter’s stunt team. His final given task was to transfer the remains of the second vehicle to Peter Levin Pontiac in Chicago heights, but when the dealership instead refused to take the car’s remains, it was scrapped in an Indiana junk yard.

There was a significant problem with gifting Harold the surviving film car, however. Pontiac themselves hasn’t signed off the plan and applied pressure to have the Trans Am returned, fearing that it would be driven on the road after a rebuild. Funnily enough, that was exactly Harold’s plan.

In the end, with the car tucked away in a barn, Harold’s new Pontiac received little-to-no restoration work as life provided new challenges. Rolling the clock forward 39 years, McQueen's Trans Am still languished in the same location, just as the film crew had left it.

It wasn’t until earlier this year that Harold agreed to part ways with the film car after discussions with Stan Harvell, a family friend of Harold’s daughter. Flying out to inspect the Pontiac, Stan found that the vehicle’s accompanying documentation proved the car was legitimate. It even retained the modifications made by McQueens’s stunt drivers. Stan contacted Calvin Riggs, known for his Trans Am passion, and the pair took joint ownership.

The remains of the installed roll cage mounts were still visible on the floorpan, with the altered dashboard untouched since filming wrapped. The welded sleeves as part of the rigged explosive sequence were still in place, paired to hooks used to tow and trigger the in-car detonators Steve McQueen's final on-screen automotive counterpart had been secured.

The car’s future is still to be determined, but we can imagine it won’t be coming up for sale anytime soon.