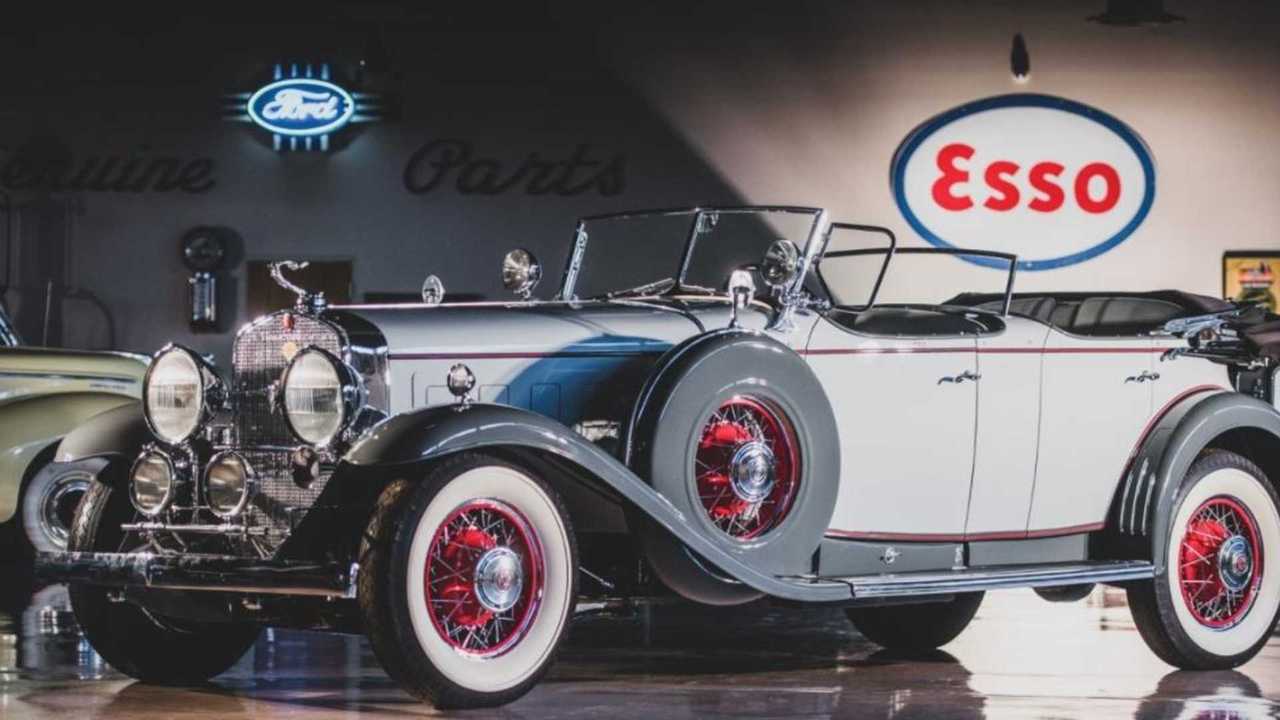 Reckon all pre-war classics are slow, bouncy and ungainly? The 1930 Cadillac Sixteen headed for auction with RM Sotheby’s doesn’t think so – boasting a 7.4-liter V16 engine under the bonnet…

In a modern world where internal combustion attracts controversy and charismatic, fuel-hungry beasts are being hounded to extinction, gearheads repeatedly turn to the avenues of yesteryear in search of adrenaline-lined soul.

Through the turbocharged and neon-lit decades of excess to the V12-powered 1970s, there’s a plethora of gas-guzzling vehicles out there offering clout, power and passion. However, for true decadence you can’t trump the almighty Cadillac Sixteen - such as this one sold by RM Sotheby's.

This 1957 Cadillac Eldorado Restomod Is A Showstopper

To the V16’s credit, the design proved to be reliable, durable and far less finicky than Europe’s foreign-bred rivals. Top speed was quoted as 90mph, although with a bit of streamlining and a dollop of bravery, the Sixteen was more than capable of 100mph.

Any modern driver will guffaw at such docile amounts of power from an engine boasting such displacement. Yet, wind back the clock to a black-and-white world where women had not long gained the right to vote and Prohibition prevented the sale of alcohol, motor vehicles usually meandered about with 25bhp on a good day, struggling to crack 60mph and capable of turning a 60-mile journey into a two-day hack.

Then the Sixteen arrived, wafting around with enough power to usurp Herbert Hoover and strike fear into the hearts of lesser mortals. Now recognised as one of the finest vehicles to emerge from the pre-war era, sadly the great recession and onslaught of pre-WWII political turmoil sounded the death-knell for Cadillac’s V16 powerhouse.

Not that such a fate has affected the vehicle’s standing within the classic community. The Classic Car Club of America rates all Sixteens as ‘CCCA Full Classics’, a grade reserved for only the finest pre-1948 automobiles. The concept that Cadillac lost thousands of dollars on every V16 sold simply adds to the legend.

While time’s onward march has found innovation pushing cars further towards the brink of science fiction, for opulent style and finessed panache, nothing from a modern stable can so much as hold this Cadillac’s monocle.

A modern counterpart may be faster, more economical, more dependable and better equipped, yet the Sixteen instantly transports you back to a time now celebrated through rose-tinted spectacles. It makes you feel alive, caressing each tarmac undulation and tight bend with the silky tenacity of a velvet alligator.

Boiled down, the Cadillac Sixteen is in a class of its own – the only problem remains finding a good one. Few were made, and even fewer survive intact. However, RM Sotheby’s have this one to offer during its 2019 Arizona sale.

Little information is available about this particular model, but besides appearing in rude health, we’ll keep you updated as and when details are announced. But you’ll have to fight us for it come auction day…