Could The Singer DLS Be The Greatest Porsche 911 Ever Made? 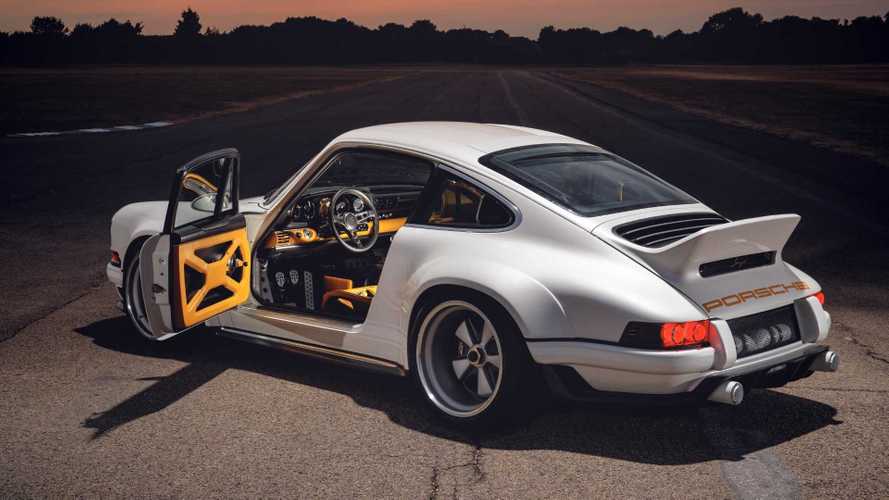 When Singer met Williams, of F1 fame, magic was promised – but the resultant Dynamics and Lightweighting Study is even better than we ever (re)imagined

Singer has revealed the result of its long-awaited collaboration with Williams Advanced Engineering and two legendary Porsche engineers to take its famous ‘reimagined’ classic 911s to another level – and the car is on show at Goodwood this weekend. The LA-based company has become known for its high-quality, re-engineered restorations of the classic 1990s 964 version of the 911. However, in November 2017 it announced that it was working with Williams in the UK as well as former Porsche engineers Norbert Singer and Hans Mezger.

The result is a classic-shaped 911, still based on the 964, that has had every detail analysed and optimised using state-of-the-art engineering techniques, right down to the 2.7 RS Carrera-style ducktail rear spoiler. Could you ask more than a 911 with classic looks combined with technology that rivals the best any modern manufacturer could offer?

Legendary Porsche-Designed Type 64 Up For Auction

The project, referred to as the Dynamics and Lightweighting Study (DLS), began when Singer client and Porsche enthusiast Scott Blattner requested that Singer take his 1990 Porsche 964 to another level, reducing its weight and increasing performance. To enable this to happen, Singer engaged Williams and other technical partners to engineer restoration and modification services that could be carried out on other customers’ cars.

The engine remains a normally aspirated, air-cooled Porsche flat-six, but developed by Williams Advanced Engineering working with legendary Porsche engineer Hans Mezger to give 500bhp at a mind-boggling 9000rpm.

It’s a 4.0 litre, with four titanium valves per cylinder, twin overhead cams, constructed from magnesium and other lightweight materials to reduce mass, and fuelled by lightweight throttle bodies with F1-style upper and lower injectors, which enhance performance and drivability. You won’t be surprised to hear that the oil system has also been modified to improve lubrication and cooling.

Williams Advanced Engineering, with Norbert Singer, was also involved with a full aerodynamic rework of the car, with every surface re-assessed through computational fluid dynamics (CFD) analysis. This has resulted in elimination of front axle lift through the redesign of the front oil-cooler intake and venting, as well as a new front splitter.

Ducktail spoiler for the modern world

It’s also resulted in the honing of the most iconic aerodynamic device of the 20th century – the ducktail spoiler of the 2.7 RS Carrera. Now the roof-channel and roof/rear-window spoiler work together with the optimised ducktail and diffuser to generate downforce at the rear. In addition, side-window ram-air intakes and rear deck-lid venting increase engine intake and cooling performance.