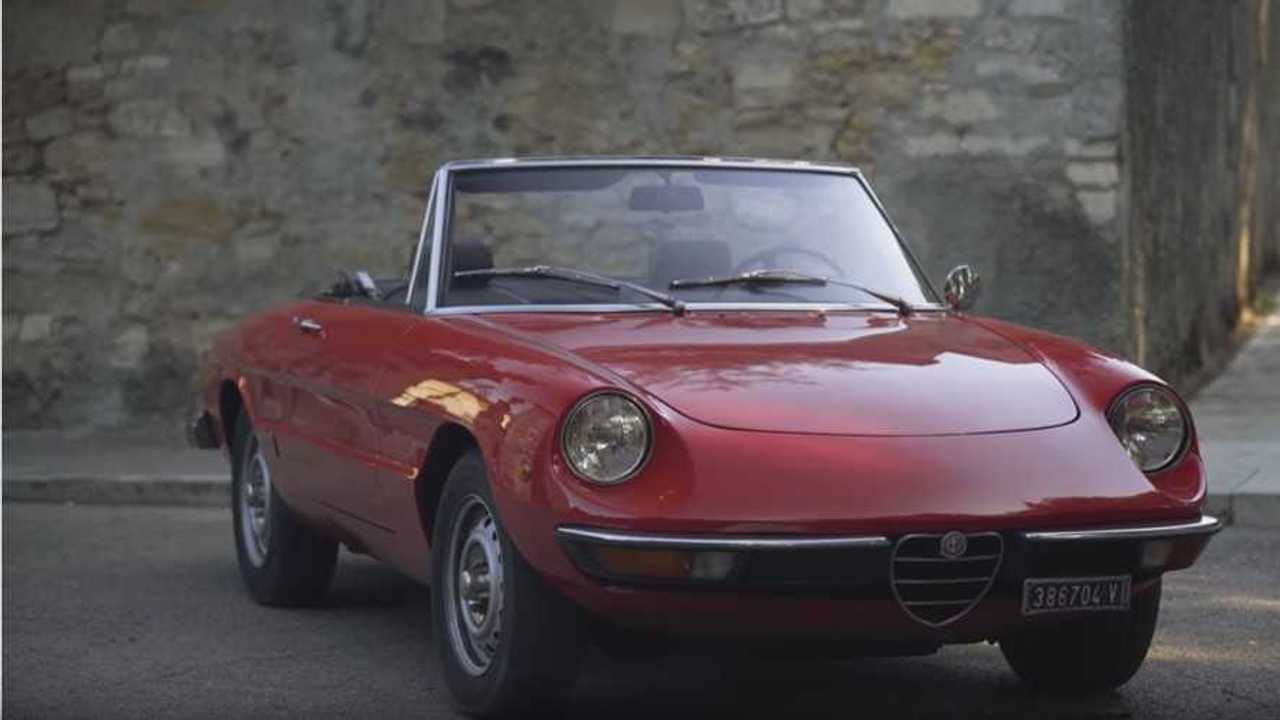 Even through the language barrier, the love of cars translates.

Everyone seems to have their own idea of what constitutes a family car. For some it’s a minivan or a big, three-row SUV. Others prefer something like a Subaru Outback. Maybe your parents hauled you around in a big Ford or Chevy station wagon. For this Italian family the vehicle to haul everyone was a 1971 Alfa Romeo Spider 1300 Junior.

People get judgmental in a hurry about using a 2+2 convertible to haul around children, like if you don’t have sliding doors and flip-down screens in your vehicle you’re pretty much a bad parent. That’s a pretty harsh and narrow-minded view, but that’s how some people see things.

But to hear this man describe his Alfa Romeo, it was very much a member of the family. Actually, it still is because he still drives it. His children have fond memories of tooling around the picturesque Italian countryside in the backseat. The family took it on vacations, including to Yugoslavia.

The father, Carlo Niero, admits the Alfa Romeo wasn’t his dream ride. Instead, it sounds like it kind of just fell in his lap and he in turn fell in love with it. Sure, it’s no fire-breathing, ultra-sexy Ferrari, but it’s more entertaining to drive than a lot of other cars out there.

There’s little doubt this car helped father, mother, and children grow closer. How could anyone say it was a poor choice for a family vehicle? Maybe it would be for some, but it seems like for these people it was perfect. They even admit to not minding when the thing breaks down and they have to call a tow truck, because it’s part of the experience. That’s a pretty patient, understanding family who have chosen to focus on the positive instead of dwelling on what’s not perfect.