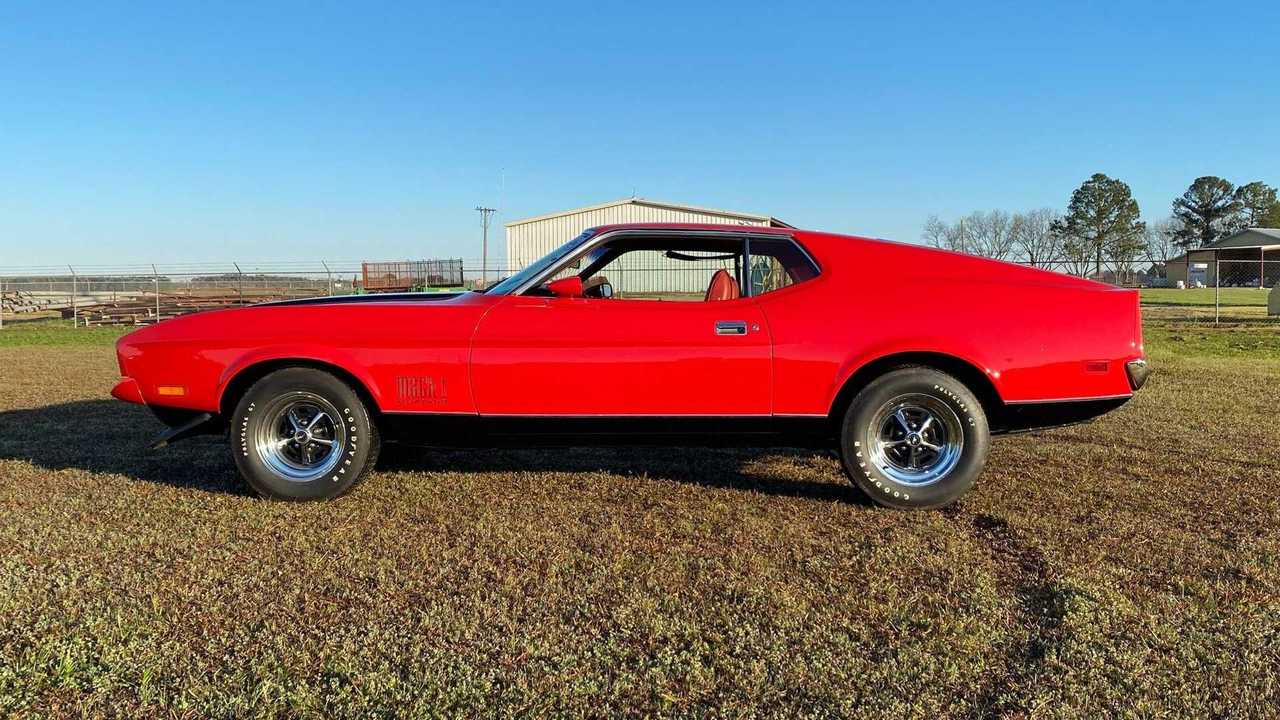 Grab this ’72 H.O. before someone else rides off into the sunset with it.

Of all the classic Ford Mustangs out there, one of the least understood historically has been the 1972 Ford Mustang Mach I R-Code. It’s an extremely rare American muscle car that uses a slightly detuned version of the Boss 351’s V8, something Ford called the 351 H.O. That means this car, which is up for auction right now, is a very good candidate for collectability, especially since people are starting to truly wake up to its significance.

Thanks to a restoration, the original Bright Red exterior on this Ford has excellent shine and depth, really accentuating those muscular, simple body panels to perfection. It also has left the red interior with vinyl bucket seats looking excellent and in factory condition, so you get to enjoy how this car was when it left the factory.

Anyone should expect the Mach I to hook up from a dead start quite nicely, something the 9-inch rear with 3.91 gears does exceptionally well. Of course, if you want to do a nice burnout, you have some Goodyear Polyglas GT radials to smoke. They’re wrapped around Magnum 500 wheels, which look fantastic sitting still or when the car’s in motion.

Not just a car for going fast in a straight line, the Competition Suspension uses staggered rear shocks for surprisingly crisp control through turns. Another nice detail is the correct carb, so you can show that off with pride.

There are some nice features in this pony, like the rev limiter, tinted glass, and AM/FM radio. Quite a few NOS parts were used in the restoration work, so you’re getting good quality.

Ford only made 336 of these cars for 1972, so this isn’t something you’ll see too often. In fact it’s considered a unicorn for many. To get more info on this Ford Mustang Mach I R-Code or to bid on it, get in touch with Premier Auction Group.

Haul It All With This Custom 1965 Ford Mustang Ranchero Mashup