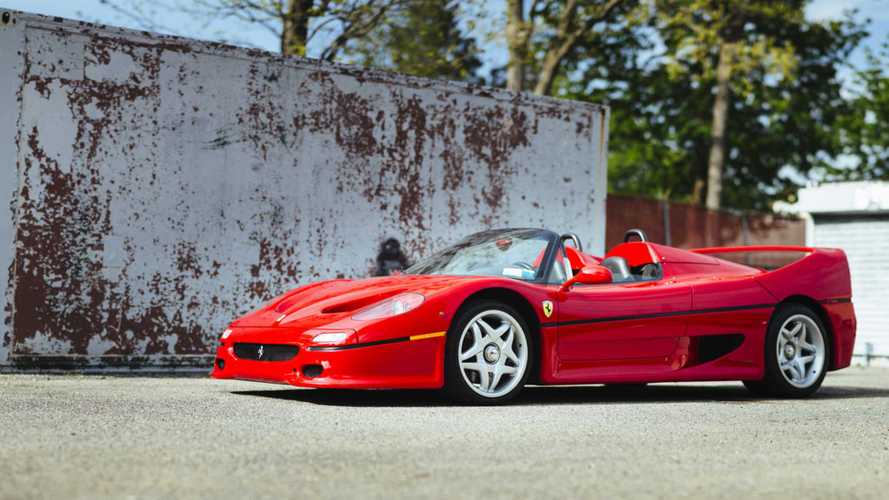 What's better than owning a Ferrari F50? Owning the F50 that precedes all others!

If you remember seeing brochures or pictures of the Ferrari F50 before it launched in 1995, there's a good chance you were looking at this car. Officially called the 1995 Ferrari F50 Berlinetta Prototipo, this incredible example of the F50 is actually a pre-production unit that was built in 1994 for use as a display vehicle before actual production began, and this one is up for sale through Autosport Designs.

Only 349 production units of the Ferrari F50 were ever built over a two-year period from 1995 through 1997, and this one is definitely special with its five-character serial number consisting of all nines. F50 no. 99999 was first shown at the 1995 Geneva Motor Show, and it was owned by Ferrari for testing purposes with names like Dario Benuzzi, Niki Lauda, Gerhard Berger and Jean Alesi all having seat time in this very car. This F50 was also used as the basis for scale models, stock photography and sales literature.

In late 1997, F50 no. 99999 was rebuilt to factory specs, and in January 1998, it was presented to Ferrari racer and distributor, Jacques Swaters, who became the car's first registered owner. After Swaters ownership, this Ferrari F50 has had just three subsequent owners, which is fairly impressive for such a unique and valuable Ferrari. Today, this F50 has been certified by Ferrari Classiche, and it has just 1,400 miles showing on the odometer.

This car was featured during January's Scottsdale auctions, but it failed to find a new home. Autosport Designs has this 1995 Ferrari F50 prototype listed for $3.3 million, and you can contact them for more information on this one-of-a-kind Ferrari or any of the other unique and Euro-centric collector cars they have listed for sale.

Stand Out In This 1988 Italdesign Aztec
Source: Motorious
++Share