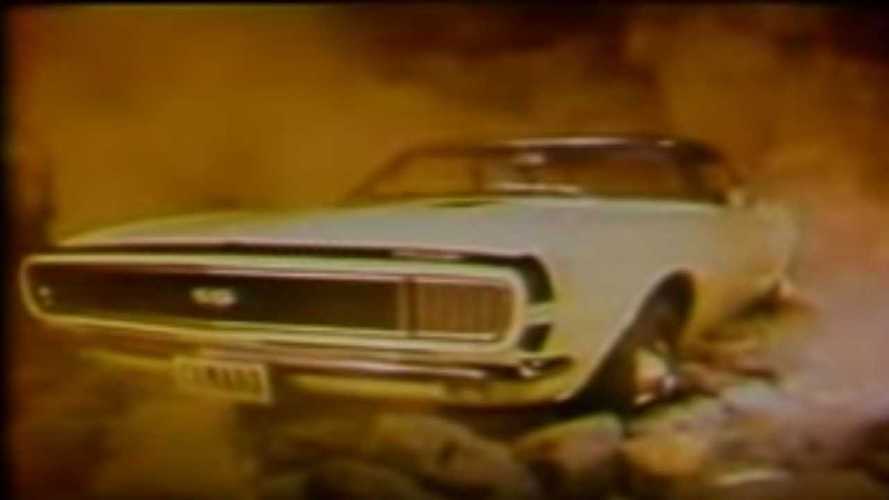 Yep, the car apparently emerges from a volcano.

Everyone knows GM came to the pony car wars a little late. While Ford tried to be first with the Mustang, Plymouth actually beat it out by mere days with the launch of Barracuda. That was back in 1964 and the Chevrolet Camaro didn’t launch until 1967, so General Motors was running to catch up with Ford and Chrysler. As you can see in this car commercial, to drum up interest in the Camaro GM definitely went for plenty of drama.

Yes, you saw that correctly: the 1967 Chevy Camaro SS 350 emerges from a volcano, thanks to Hollywood magic. Those “rocks” tumble off the body, which is completely unharmed, as sparks fly through the air. Some steam curls off one of the badges, showing that apparently the steel body on the Camaro is impervious to heat damage?

Really, it’s better if you don’t think too hard about this commercial, or you just take everything as representative and not literal. Considering people did run out and buy the Camaro in droves, this commercial certainly didn’t hurt GM’s marketing efforts.

It’s fascinating to go back to the roots of a rivalry between the Chevy Camaro and Ford Mustang to see how the cars were portrayed by automakers back then. Aside from being depicted as extremely tough and rugged, almost like what you’d expect with a truck commercial today, the Camaro’s different features are fetishized by the announcer and tight camera angles. Yes, that was a common practice in car commercials back in the day, it’s interesting that it specifically focuses on the front rally stripes and the folding rear seats. Maybe in 50 years people will be laughing at all the SUV commercials touting powered liftgates and rearview cameras.

Finally, at the end of the commercial we see the Camaro on the move. Having the cars sit stationary back in the day was common, unlike ads today where muscle cars are speeding along mountain passes or doing a burnout in the middle of a city. Still, with the car coming out of a volcano it’s all pretty dramatic, only in a different way.

2020 Chevrolet Corvette Heads To Auction At No Reserve