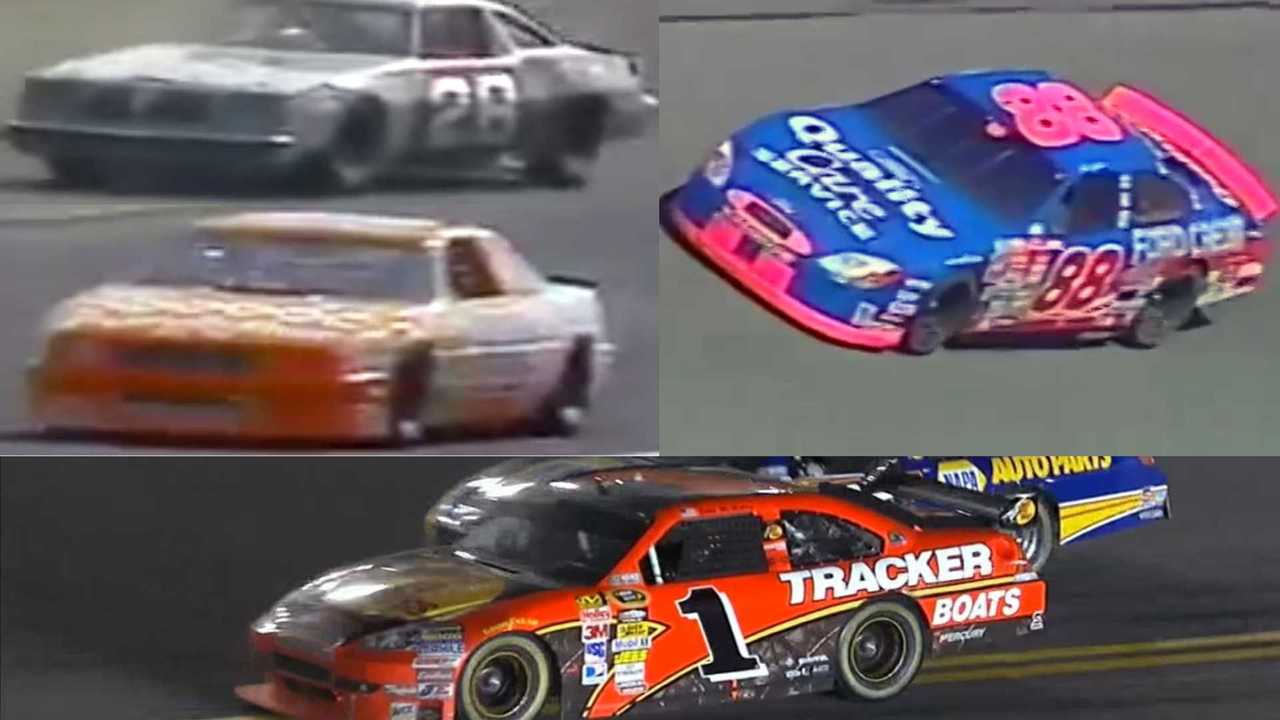 NASCAR action has changed quite a bit over the last 40 years!

As NASCAR fans prepare to enjoy the 62nd running of the Daytona 500 on February 16, 2020, it's hard to believe that this iconic race now spans eight different decades! A lot sure has changed in the sport since the first Daytona 500 race took place in 1959, and as proof of that, here is a look back at the last four decade-opening races with full race videos.

The 1980 Daytona 500 took place on February 17, 1980, and when it concluded, it broke a record for the fastest 500-mile race at the time with an average speed of 177.602 mph. Buddy Baker dominated the race in his Oldsmobile leading almost three quarters of all laps, and by the time he crossed the finish line, there were only two other cars on the lead lap!

If you were at the 1990 Daytona 500 on February 18, 1990, then you definitely got to enjoy some unique action from start to finish. Preceding and in the early stages of the race, filming for Days Of Thunder took place using the track and actual in-car racing footage, but even more drama unfolded at the end of the race. Dale Earnhardt had just a half a lap standing in between him and his first Daytona 500 win, but debris on the track caused a tire failure resulting in a fifth-place finish for the Intimidator. Derrick Cope and his Chevrolet took advantage of Earnhardt's misfortune marking the first of only two NASCAR Cup wins in Cope's career.

Entering the new millennium, the 2000 Daytona 500 ran on February 20, 2000, and it represented the largest purse ever for a NASCAR race at the time with the winner taking home more than $2 million. The winner ended up being Dale Jarrett driving a Ford, but the ending was a bit anticlimactic as the race finished under caution following a single-car accident that occurred just before the final lap.

Ten years ago, the 2010 Daytona 500 occurred on February 14, 2010, and this race had a nail-biting finish. Following a crash on what should have been the final lap, the race was extended by not one but two attempts at a two-lap shootout under green to end the race. Jamie McMurray moved his Chevrolet up from seventh to second after the first attempt and quickly made his way to the front to take the white flag. He outlasted Dale Earnhardt Jr. to secure his first and only Daytona 500 victory.

How One Of NASCAR's Original Tracks Almost Became A Permanent Fixture