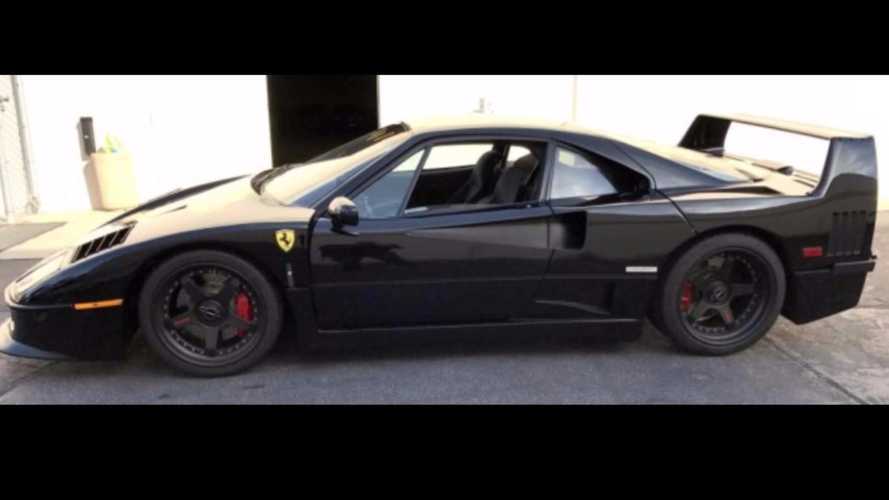 They say that ‘crime doesn’t pay’, but it apparently affords you some very cool cars - but if you get caught, kiss them goodbye

Forfeited as a part of the US Marshal's Service investigations was a restored 1991 black Ferrari F40, various classic Corvettes from the 1960s, a 1970 Plymouth Roadrunner, and vintage Chevys. According to NBC Los Angeles, the collection of vehicles form part of a plea agreement that involves a Los Angeles VA parking lot operator. The Ferrari then sold for a cool $760k, but the car has an interesting background that started many years ago.

The parking lot operator is on the hook for $13 million after defrauding the U.S. Department of Veterans Affairs, a crime he had pled guilty to in 2018. It’s alleged that he used that money to acquire these cars, as well as other assets, like a swanky SoCal condo that cost $7 million, and a Cigarette racing boat.

"Mr. Scott has quite the taste in cars," said U.S. Marshal's Office Assistant Deputy Chief Joseph Exner. "He definitely enjoyed his high-dollar cars. He's also got some older cars that probably gained in value. His car collection is more of, 'Look at me. Look at how much money I have.’” - basically, the guy was flaunting his 15-year run of criminal activity in everyone’s faces.

So, back to the F40! Aside from being owned by a swindling crook, it has quite an interesting history behind it. This is the same Ferrari that was restored on the Discovery Channel show, Fast N’ Loud after being damaged in a crash in the summer of 2011.

This particular seems to have exchanged hands several times already. In 2014, the car was sold at Barrett-Jackson to famous baseball player, Reggie Jackson for $675,000, plus fees, for a total of $742,500. A year later, it was back at the same auction house, and moved for $643,500, which seems to be when Richard Scott got the car.

Eat Up The Track With This 2019 Ferrari 488 Pista
Source: Motorious
++Share