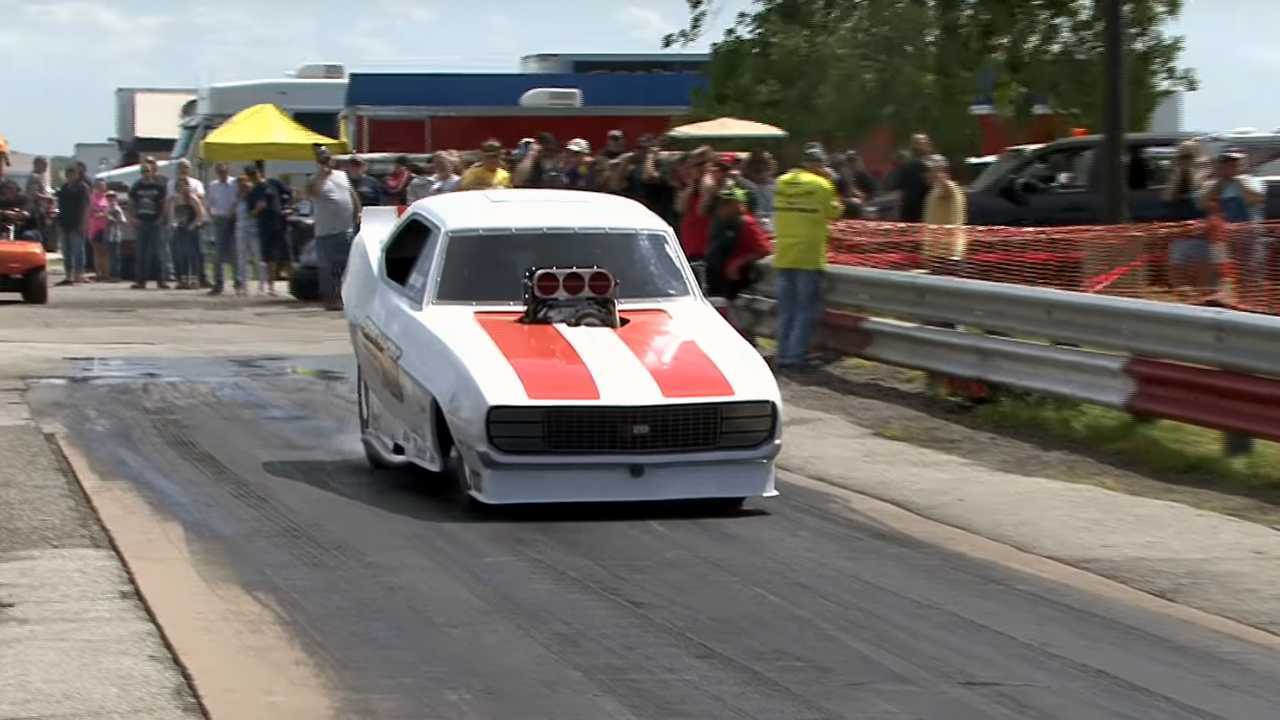 If you need an excuse to not drive crazy on public streets, just check out the results of this funny car burn out.

A lot of bad crashes happen in quarter-mile drag racing events, but it's not often you see something go wrong during a burnout. That's just what happened with Ron Ooms and his funny car Camaro during last year's Funny Car Chaos even at Mo-Kan Dragway in Asbury, Missouri, and you can see the action for yourself in the video below.

During a standard burnout, Ooms' Camaro hooked too hard on the right side causing the car to careen right aimed directly toward that videographer and the tree. Fortunately, the guy shooting the video from Urban Hillbilly Videos missed being hit by mere feet as the Chevy drag car slid past him before getting fully sideways and being impaled by a v-shaped protective barrier.

Initially, it didn't look like the crash caused much damage, but as the camera pans around to the driver's side of the car, you can see that a significant portion of the metal barrier had penetrated the body. The video cuts away after track workers are shown having a hard time separating the Camaro from the barrier, and then once the video resumes with the car's body removed, you can see the damage that was done. According to Dragzine, the impact affected the car's chassis and transmission, and Ooms, an experienced drag racer, suffered multiple fractures to his lower legs.

We're definitely glad to hear that Ooms suffered only minor injuries in the incident especially considering how much worse things could have gotten for both the driver and nearby onlookers. This unexpected crash just goes to show how quickly things can go wrong in a closed drag racing setting, so hopefully, this video can help to discourage people from trying to race on public streets.

Stand Up For This Wheelie Rare 2018 Chevrolet COPO Camaro