What Would You Do To Win This 1963 Corvette? 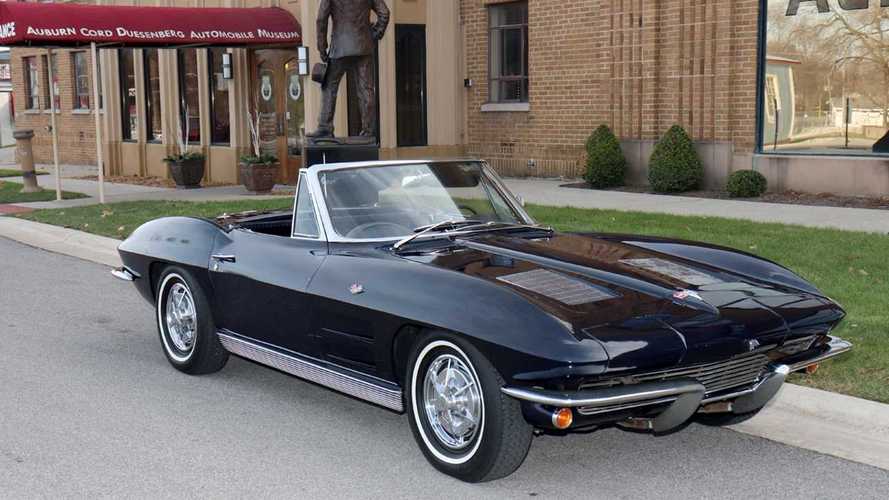 All you have to do is buy tickets! Proceeds benefit the Auburn Cord Duesenberg Automobile Museum in Auburn, Indiana.

The Auburn Cord Duesenberg Automobile Museum is hosting a sweepstakes where the grand prize winner could drive off in a numbers-matching 1963 Chevrolet Corvette Sting Ray. The aptly named Win a Classic Corvette Sting Ray Sweepstakes is trying to raise over $100,000 for the museum, which is dedicated to the preservation of Auburn, Cord and Duesenberg vehicles and history.

As a dedicated Motorious reader, you can increase your chances of winning the Corvette by using promo code M2 at checkout to get 25 percent more tickets for free!

The Corvette being raffled off is gorgeous dual-top 1963 Chevrolet Corvette Sting Ray convertible painted Daytona Blue with a matching blue interior. Under the hood is a numbers-matching 327 CID V8 engine rated at 300-horsepower, and it is backed by a four-speed manual transmission. This car is equipped with factory options including a positraction rear end with 3.08 gearing and an AM/FM radio, and it is a high-quality Corvette that will definitely make a fine addition to anyone's collection.

Auburn, Cord and Duesenberg were luxury-minded automakers that produced hand-assembled vehicles rather than relying on mass production, and the museum is housed in the Auburn Automobile Company's former headquarters building. All three companies ceased operations in 1937, but the Auburn Cord Duesenberg Automobile Museum was opened on July 6, 1974 in Auburn, Indiana to preserve the original buildings as well as the heritage of these high-end automakers. Just 45 years later, this museum has grown to be the largest museum of its kind housing 140 vintage and antique vehicles and attracting attracting over 40,000 visitors a year.

Since the Auburn Cord Duesenberg Automobile Museum is a non-profit organization, the donations for this sweepstakes could be tax deductible, although you would need to consult your tax professional to find out. Any donation amount is surely appreciated, but the museum has packages set up starting with three raffle tickets for $25; higher donation amounts also include bonus raffle tickets, and don't forget to use promo code M2 at checkout to get 25-percent more tickets at no extra charge. A minimum of $100,000 must be raised in order for the Corvette to be given away; if that doesn't happen, the winner will split the proceeds with the museum.

Where Does The Corvette Plant Manager Go To Buy A Vintage 'Vette?