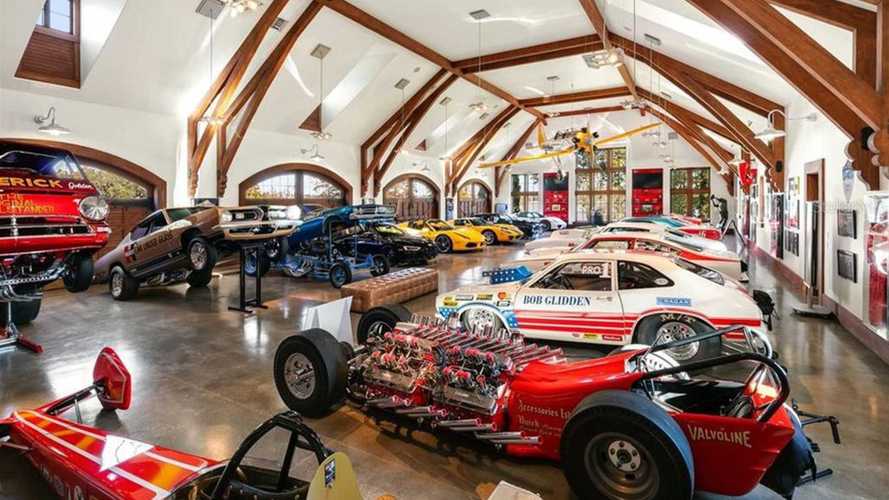 It's no surprise that a man who made millions building an RV empire would know exactly how to enjoy retirement, and that's immediately obvious when looking at the listing for Don Wallace's 36-acre lakefront property in Thonotosassa, Florida. Wallace, the former CEO of Lazydays RV, has apparently auctioned off most of his incredible car collection in recent years, and now he has his custom French-Normandy style mansion on the market.

In addition to the 36,000-square-foot main house, two-story guest house and 11,000 square-foot workshop, this sprawling, oak tree-lined property – aptly called "The Oaks" – also features an eight-turn racetrack and a collector car garage that houses 20 cars, which is in addition to the seven-car garage that's part of the main house. The listing officially refers to the track as a go-kart track, but we all know that any Ferrari would have a field day on this course!

Pictures from the museum-grade collector car garage (posted on Realtor.com) show that Wallace had a penchant for exotic cars and vintage drag racing cars, and other details about his collection are even more incredible. According to Robb Report, Wallace's collection included a 1964 Ferrari 250 LM and a 1998 McLaren F1 LM, which were auctioned off in 2015 for $17.6 million and $13.75 million, respectively.

Located between Tampa and Orlando, this property has just about anything one could desire including a lounge, bowling alley, '50s-era diner/game room and even an indoor and outdoor saltwater pools. The jewel of the property, though, is the main house that is four-stories tall with six bedrooms, eight full bathrooms and seven half bathrooms. This property was built in 2012, and it originally listed in early 2019 for $22 million. Today, this house and all of its amenities can be yours for $17.5 million.

Man Buys A Walmart To Show Off His 225-Car Collection