Volkstream Bus Conversion Is All Party In The Back 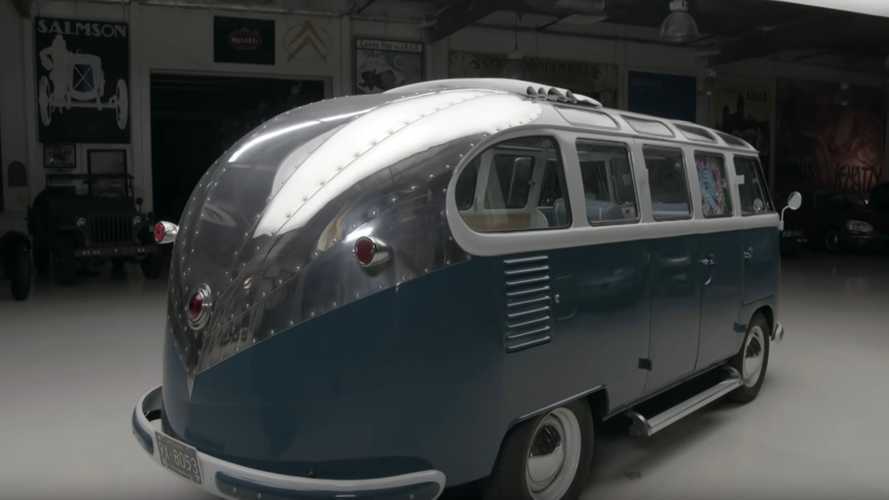 The real question is if chopping up such a classic was worth the result?

Randy Grubb has been on Jay Leno’s Garage a few times now, and he always shares an interesting creation of his. This time is no different with the Volkstream, a modified Volkswagen Type 2, although it’s a little more toned-down than some of his fantastic car fabrications, such as the Decoliner. It’s not always bad to have something a little more low-key. Besides, people love to see VW Buses, so that familiar face will get plenty of smiles and waves. However, it’s the party in the back which will really make everyone say “wow!”

The base of this build is a 1959 Volkswagen 11-Window Bus. He installed the roof kit to turn it into like a 23-Window model, because Grubb says even he’s not crazy enough to cut apart one of those. That’s wise, considering they fetch six digits on the market today.

Most striking is this Type 2’s rear, which was created with the old Airstream and Bolas trailers as inspiration, hence the name Volkstream. Overlapping polished aluminum panels, including custom-fabricated taillights, make for a unique yet strangely familiar aesthetic. The rear quarter windows had to be removed since they were square, replaced by more of a teardrop shape to accommodate the now-sloping rear roofline.

For good measure, Grubb decided to upgrade the engine as well. This VW isn’t exactly going to win any drag races, but the 160-horsepower Subaru boxer in the rear provides a whole lot more motivation than the factory motor. Quite a few people have been doing this conversion because it’s pretty straightforward and provides a nice power bump for the trouble.

Overall, the length of this vehicle has gained just shy of 10 inches, while the wheelbase is still stock. What do you think of cutting into any Volkswagen Bus for a project? Is that a bad idea, even though this isn’t a 23-Window, or is it worth the “sacrifice”?

You’ve Got To See This Decoliner Custom Built In Action