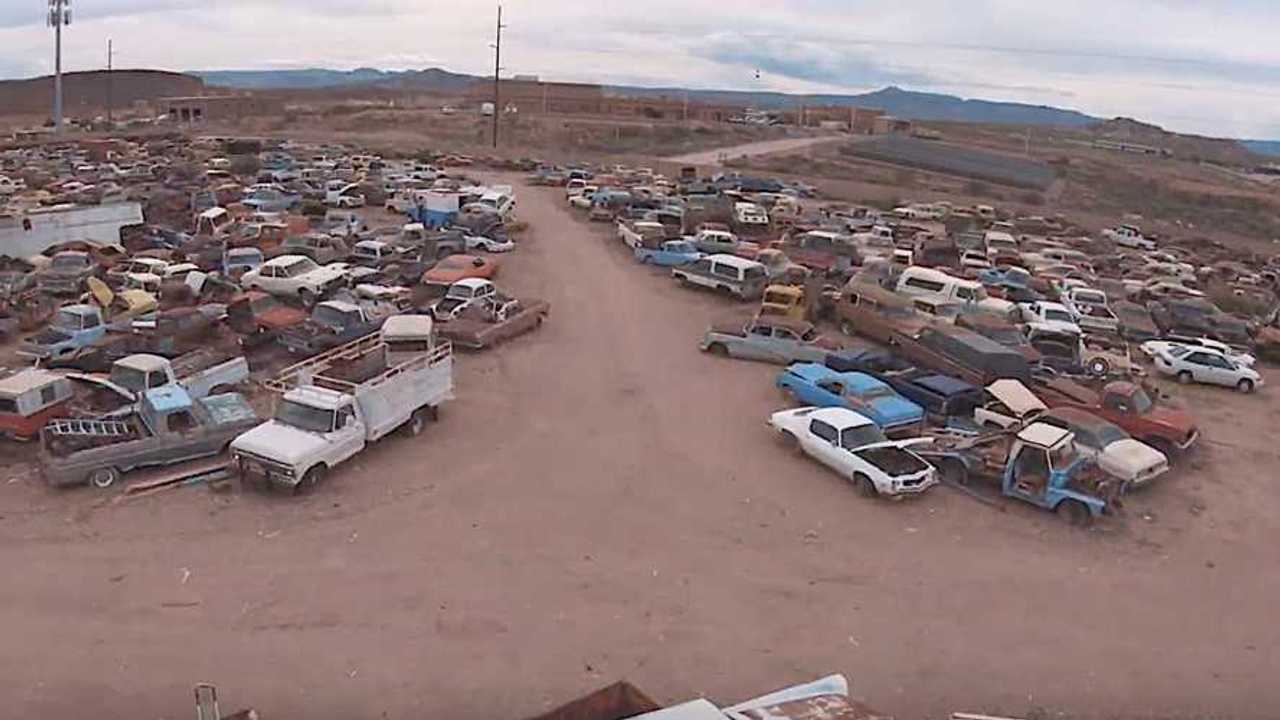 Tom Cotter, the Barn Find Hunter known for unearthing some of the coolest barn finds with his video crew, heads to St. George, Utah.

During a visit to the area, Tom finds out about a junkyard, by a number of people which is said to have hundreds of cars that have sat without the owner willing to sell them. By those same people who tipped him off about the junkyard, he was told there was no way he was going to be allowed to go in there. Tom went ahead to make the visit, but they were closed, so he noted a phone number. After making a few phone calls, he’s allowed to pay a visit to Blake’s Auto Salvage.

Before getting the tour from Jim McEwen who knows the owner, Red, the video team tours the junkyard with a drone - and this place is huge! There are cars as far as the eye can see, and even cars stacked on cars in some spots. Surprisingly, a lot of them look to be relatively solid body machines. There’s everything on this almost 20 acre lot, muscle cars, sports cars, pony cars, classic SUVs, trucks, buses and delivery trucks.

In the northwest corner of the lot, Tom is introduced to a Hudson once owned by the great nephew of Joseph Hudson - this car is likely to return to the Hudson family soon. A weathered 1968 Pontiac GTO is another car in the area with a history behind it. The original owner of this car hunted it down, but decided to pass once he saw how time had treated his beloved muscle car.

The owner of the lot, Red, used to be a paint and body guy for many years of his career, which potentially explains why there’s so many of these cars ended up here - with many of them being turned into donor cars for better condition examples of that model.