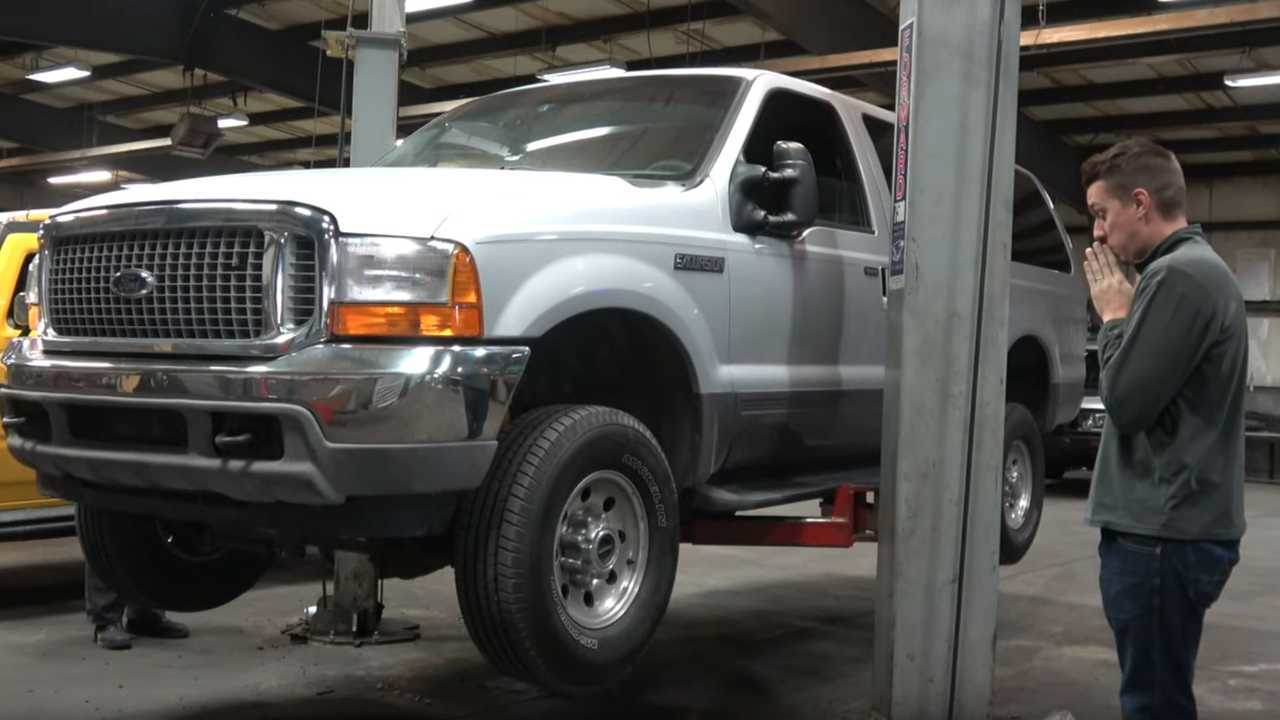 Just wait until you hear what all is wrong with this Ford.

Tyler Hoover of YouTube channel Hoovies Garage has a car hoarding problem. The guy regularly takes in stray Fords, Cadillacs, Rolls-Royces, and whatever else that might seem like a deal. Then he digs into these vehicles and finds out there’s a whole lot more wrong with them than he naively thought possible. This time around we see him snag a 2001 Ford Excursion with the 7.3-liter Powerstroke diesel engine, something he claims is incredibly solid. Then he takes it to his mechanic for an inspection and everything goes downhill from there.

Actually, it’s really nothing bad. There’s a slight oil leak, probably from a failing valve cover gasket, but everything else underneath looks just fine. One code shows up in a scan, indicating the glow plug for cylinder number two is bad, and that’s it. Sorry, Chevrolet and Ram fans who wanted to see this Ford blow up, because it apparently isn’t going to happen.

Some people really like to go after the Ford Excursion because they feel it’s too big. If that’s the worst criticism they can level, that’s really not so bad. Those in the know love these trucks because they’re absolutely rock-solid, especially with the Powerstroke engine. At risk of sounding like a Ford ad, they’re pretty long-lasting and reliable, just get a membership to Costco or Sam’s Club for the fuel and use a credit card with rewards, because you’re going to rack up a ton.

While they’re not exactly common, you can still find some well cared-for and even somewhat restored Ford Excursions on the market today. Diesel models fetch higher prices because of their legendary reliability and awesome capabilities, but a gas model might be just fine for your purposes. As Tyler Hoover observed, it’s the one vehicle which can dwarf a Hummer H2, so transporting a bunch of people and gear, as well as towing a trailer, camper, etc. for a fun weekend it’s definitely in the cards with this SUV.