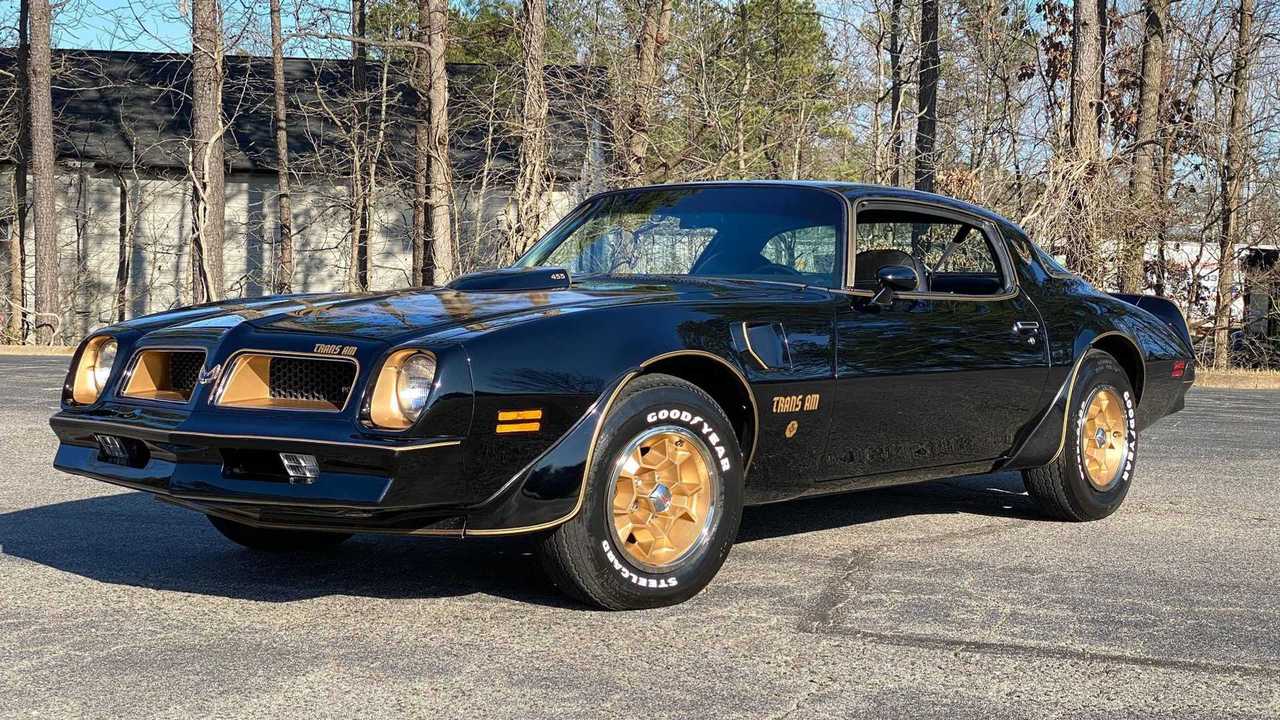 This instantly recognizable package is more than just a movie car.

The 1977 film Smokey and the Bandit may have immortalized the black-and-gold Pontiac Trans Am, but this special edition model was actually created by GM design boss Bill Mitchell to celebrate Pontiac's 50-year anniversary in 1976. These cars were designated with the Y82 RPO code, and they featured the iconic black paint job with gold accents including gold pin striping, gold grille, gold wheels and, of course, the gold Screaming Chicken decal on the hood. The Y82 Trans Ams were built in low volume from 1976 through 1978, but this "Bandit" paint job carried on (under various other RPO codes) through the second-gen Firebird's final year in 1981.

In 1977, the Y82 code represented only the examples with t-tops, while the hardtops showed Y81 on the build sheet. Compared to the more than 15,000 Y82/Y81 Trans Ams built in '77, the 1978 model year saw this number drop down to just 3,643, and t-tops were also added as standard equipment with this package. With the Firebird's 1979 redesign, the RPO code was changed to Y84 for the car's final three years of production.

Here are two excellent examples of the Y82 Trans Am, and both are available through Carolina Muscle Cars for $75,000 each.

Only 2,590 examples of the 1976 Pontiac Trans Am Y82 50th Anniversary Limited Edition were ever built, and only 319 were built with the 455 H.O. engine and without the available Hurst t-tops. The 1976 model year was the last year for the 455 CID V8, and it was paired to a four-speed manual. This particular '76 Y82 is a numbers-matching car with a factory-original interior and a restored exterior including new paint and graphics. This Y82 Limited Edition is spotless and ready to show, and it comes with documentation from Pontiac Historical Services, original build sheet, ownership history and more.

The popularity of Smokey and the Bandit led Pontiac to increase production of the Trans Am Special Edition to more than 15,000 units offered with a 400 CID or Oldsmobile 403 CID V8, and this Y82 is just one of 3,760 equipped with the W72 high-performance 400 CID V8 engine and an automatic transmission. This, too, is a numbers-matching Trans Am that was fully restored including all-new body panels and an all-new interior, and it also comes with the factory build sheets.

Black and gold Trans Ams are everywhere these days, but if you want a true Y82 Trans Am, contact Carolina Muscle Cars for more information on either of these rare and immaculate Pontiacs.

Unleash Your Inner Bandit With This 1977 Y82 Trans Am SE